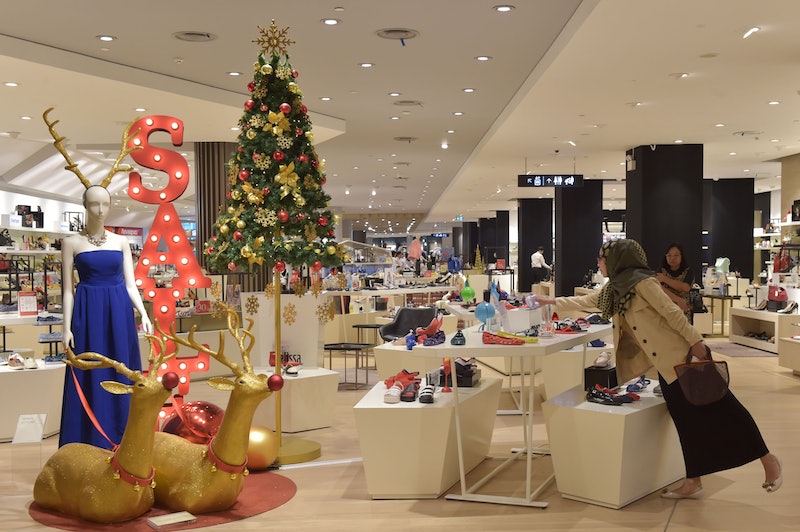 They say beauty comes at a price. Unfortunately, it's at a higher price than you thought. Have you ever stood in an aisle and wondered why your face wash is so expensive? Well, you're not mistaken: That face wash you're holding in your hand is most likely a marked up version of an identical men's product. According to a study conducted by the New York City Department of Consumer Affairs on gender-based pricing, women fork out significantly more money than men, on average, for virtually the same product.

The DCA based their study on five separate industries: adult clothing, personal care products, toys and accessories, children's clothing, and home health care products for seniors. On average, women's products in each category were seven percent more expensive than the male counterpart item. Notice that the price differences apply to both children and seniors. This means that women pay higher prices than men throughout their entire lives.

The DCA's conclusion is rooted in a comparison of almost 800 products that have distinguishable male and female versions from 90 in-store and online brands, according to CNBC. The pricing of children's clothing differs by just four percent but the gap doubles when it comes time to buy adult clothing. However, as most women probably already know, the largest discrepancy — 13 percent — exists in personal care products. Overall, the study found that women will have no choice but to fork over more money than men 42 percent of the time. Even so, this doesn't mean men come out completely unscathed — they will spend more than women 18 percent of the time.

Conclusively, the DCA announced that unfortunately (and unfairly), women are largely unable to avoid these price hikes.

While DCA's study does not estimate an annual financial impact of gender pricing for goods, the findings of this study suggest women are paying thousands of dollars more over the course of their lives to purchase similar products as men.

According to Business Insider, California was ahead of the game back in 1995 when it passed the Gender Tax Repeal Act that banned gender discriminatory pricing. Since then, only New York City and Florida's Miami-Dade County have followed suit.

The price gap has come to be known as the "pink tax." A 2010 Consumer Report tried to make sense of the pink tax by looking at price differences between several specific men and women's products. Shaving cream, for example, represents just one of hundreds of products that price-target women. But it's not always so simple — the prices determined by companies depend on a number of factors. A major one is import tariffs on men versus women's clothing. Over the past decade, New York City lawyer Michael Cone has studied the discrepancies in tariffs for imported shoes, Marie Claire reported.

The Constitution forbids Uncle Sam from sticking his hands down your jeans to find out whether you're a man or woman for no good reason.

Cone has attempted to sue the federal government for discrimination but has yet to succeed, despite being supported by more than 100 fashion retailers.

It's particularly disconcerting that on top of discriminatory price increases, women make less money, on average, than men. In fact, full-time female workers make 21 percent less than male full-time workers. As women (and men!), we can take action by buying men's products instead of women's, writing letters to Congress, or by simply reporting price discrepancies on social media. Price differences can be tricky to notice, especially when women are generally only looking at women's products and not comparing them to men's. Thus, raising awareness might prove to be one of our biggest weapons against pricing discrimination.

More like this
The Lionesses Are Calling For Equal Access To Football In Schools
By Sophie McEvoy
'The Capture' Is Finally Back – & S2 Looks Tense AF
By Sophie McEvoy and El Hunt
Gemma Collins' Net Worth Is Only Going Up
By Catharina Cheung
What Is Brad Pitt’s Net Worth? The Bullet Train Star Now Makes 8 Figures Per Film
By Hugh McIntyre
Get Even More From Bustle — Sign Up For The Newsletter