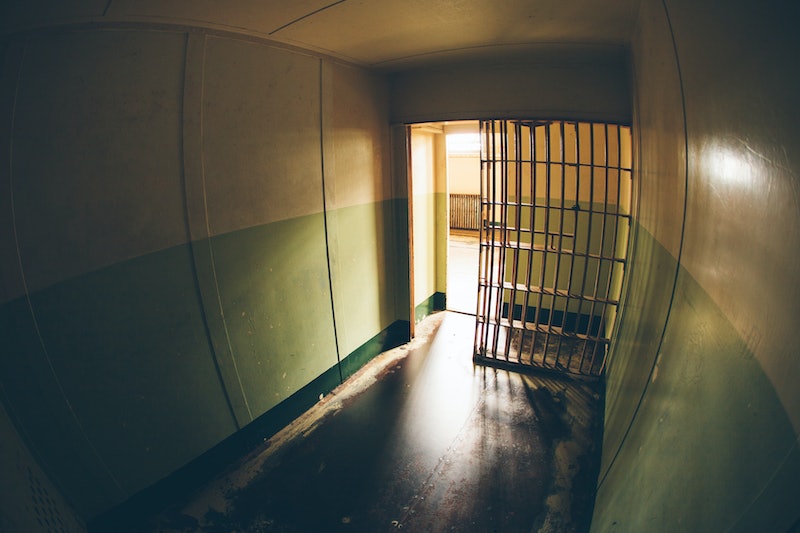 In case you haven’t checked the stats recently, approximately one in 110 adults are currently incarcerated in the United States. (And by the way: Where is that critical conversation being had in the 2016 election debates?) For those with such limited access to the outside world, prison libraries can be essential in supporting the educational, social, and spiritual rehabilitative experience of a prisoner — in addition to just being plain entertaining.

In a previous article, suggesting a list of titles to donate to prison libraries, I wrote that my personal experience with the American prison system includes volunteering in detention facilities, previously working full-time as a Jane-of-all-trades of sorts in a reentry and gang-intervention program, visiting and interviewing inmates in prisons in the United States and around the world, and including among my graduate studies work focused on gang violence, incarceration, and ex-offender reentry in the United States. And while there are those who are skeptical about the power of literature and literacy to transform a prisoner’s experience of incarceration, I remain a full-fledged believer in the importance of having access to books in prison, and their ability to afford prisoners increased opportunity for success upon reentry into mainstream society.

While in no way a comprehensive list — many prisons have different Here are nine of the most read books in American prisons. If you’re interested in donating a few to your state or county prison (go you!) be sure to check out this list of things you didn’t know about books in prisons first.

1. A Life Inside: A Prisoner's Notebook by Erwin James

As a young man, Erwin James was sentenced to a life in prison. James effectively grew up behind bars — transitioning from youth into middle age while incarcerated. His prison memoir, A Life Inside: A Prisoner's Notebook , as well as lots of other prison memoirs, like Porridge and Passion by Jonathan Aitken and The Pain of Confinement by Jimmy Boyle, are naturally popular titles among inmates looking to give voice to their own experiences of incarceration.

The vast majority of those incarcerated in the United States received inadequate or incomplete educational opportunities in their lives before prison, and while behind bars many inmates work towards completing high school and/or passing the GED test. One of the most critical indicators of an inmate’s likelihood of success upon reentry into society is their ability to achieve an education while in prison.

For many inmates, there is an overwhelming sense of powerlessness when it comes to dealing with their lawyers and the court system, due to a basic lack of education about the American legal system. Legal dictionaries help alleviate that sense of powerlessness by helping inmates to better understand what is being discussed during their court cases. Legal dictionaries in translation are also especially useful.

4. The 48 Laws of Power by Robert Greene

While banned in many prisons across the United States for less-than-helpful content about how to get what you want through seduction or conning, this book explores the philosophies and historical influences of Machiavelli, Sun Tzu, and Carl Von Clausewitz. The small merit Robert Greene’s The 48 Laws of Power has is that it does advocate for intelligence, ambition, empowerment, and drive in achieving your goals — you just have to focus that drive towards positive endeavors.

5. The Bell Jar by Sylvia Plath

All readers appreciate the feeling of recognizing themselves and their own experiences between the covers of a book — it’s basically the next best thing to having a good friend by your side. Naturally, Sylvia Plath’s intensely psychological and emotional writing, particularly in her novel The Bell Jar , appeals to anyone battling their own intense thoughts and feelings, as many inmates are.

6. The Diary of a Young Girl by Anne Frank

Experiencing a uniquely devastating form of imprisonment, first while hiding from the Nazi’s during World War II in the annex of an office building, and later in Nazi concentration camps, The Diary of a Young Girl — Anne Frank’s personal account of courage, resilience, and hope in the face of grave adversity — definitely speaks to those incarcerated in the United States.

7. The Faithless by Martina Cole

The Faithless , and just about any other titles by bestselling British crime fiction writer Martina Cole are popular in prison libraries for a reason. Cole’s fiction is uniquely situated in the genre of crime fiction in that her novels feature mostly female antiheroes and explore crime dramas through the experience of the criminal. As part of her own writing life, Cole facilitates creative writing classes in U.K. prisons, so naturally she understands her audience well.

Thriller-writer extraordinaire, James Patterson, is often a favorite among inmates for his tales of forensic detective and psychologist Alex Cross, of the Alex Cross series. Throughout the series, protagonist Cross is called to solve mysteries, rescue hostages, and catch criminals — all while trying to keep his own family safe and well. Merry Christmas, Alex Cross contains all of the above, and more.

Anyone who has ever seen, or stepped inside, a prison cell before knows that there's not a whole lot of room to do anything, much less get in a good jog. So for obvious reasons, step-by-step guides for exercises that can be accomplished in small spaces — like ab and arm workouts, and yoga — are some of the more coveted titles within a prison library.