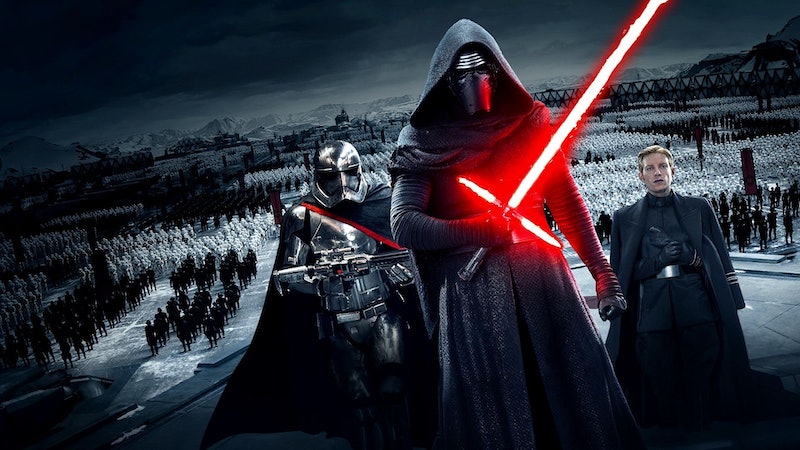 There are so many advantages to having new Star Wars adventures in the internet age. Sure, spoilers lurked around every corner of the web. But now that most self-respecting geeks have seen The Force Awakens at least once, the online fan community is delivering where it counts: in memes. It doesn’t take much searching to find fan art, comics, and jokes about every single character in the new Star Wars film, but one individual in particular has inspired the most internet gags. Fearsome Kylo Ren of the villainous First Order has been gleefully reduced by the fandom to a Darth Vader fanboy, a sullen teenager determined to act out against his parents, and the affected pseudo-bad boy you’re attracted to in spite of yourself. The internet is simply killing it on Kylo Ren memes, and honestly, the humor is helping me come to terms with what he’s done.

I hope the need to poke fun at Kylo Ren and his emo personality doesn’t fade out before Episode VIII finally premieres. It’s the internet’s job to get fans through this painful hiatus, and so far, it’s performing that job admirably. I doubt that laughing at the man formerly known as Ben Solo will ever get old, but these are the best of the web’s Kylo Ren memes so far.

In a sweet episode of The Simpsons, Homer uses pictures of his youngest daughter Maggie to cover part of Mr. Burns' "Don't Forget: You're Here Forever" sign so it reads "Do It For Her." This meme imagines that Ren's done the same thing to his own workspace, but with photos of his own reason for being.

Yes, there is a corner of the fandom that 'ships Rey and Kylo Ren. I don't get it (and I still think they might be related), but no one deserves to be 'ship-shamed. Anyway, Ren wouldn't be the most romantic of partners, being that no girlfriend could ever take the place of his supreme bae.

Clothes should tell a story. Ren's clothes say: "Do not touch."

Don't do the crime if you can't do the time, baby Ren.

I don't know if Rey, Luke, or Leia will be the next to try, but Kylo Ren has dug his feet in, and he'll only come back to the Light if he does it while kicking and screaming.

You know that Hux and Ren are in a constant tug-of-war over who Supreme Leader Snoke loves best.

If I had to mark the Ren area that most "needs improvement," I'd say his coping mechanisms.

8. "Obsessed? Me? I Have No Idea What You're Talking About"

Ren talks to Vader's half-melted mask like I used to talk to my Teen Beat pull-out poster of Jonathan Taylor Thomas.

Say what you will about Ren's evil motivations and weak will, his hair is perfect. He's probably super vain about it too.

Besides the Vader mask, Ren's most prized possession is his Hot Topic frequent shoppers card.

The Twitter account @KyloR3N imagines Ren's daily contribution to modern-day social media and it is nothing short of genius. Follow it for more on his parental resentment, pretentious and terrible musical taste, and vague, fake-deep treatises.

Kylo Ren is a Star Wars character who just begs to be mocked.