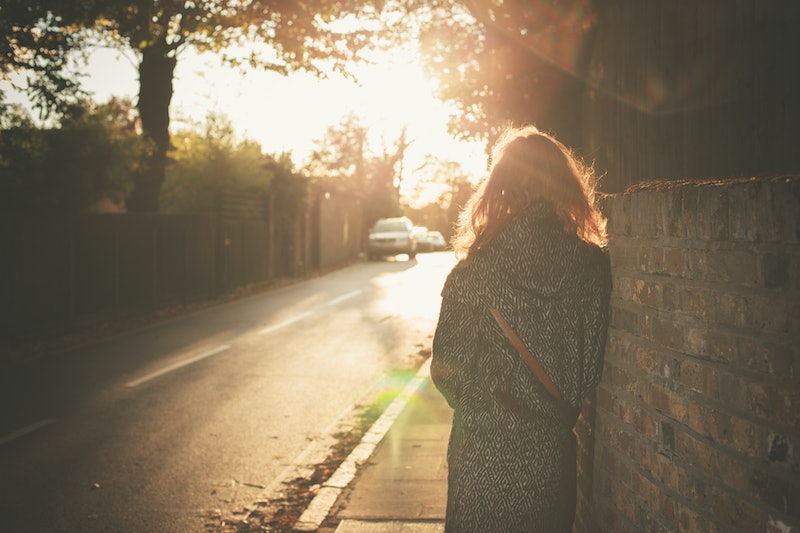 "You can't know if you're compatible after one date, so you should give your dates a second chance," a friend told me when I said I often have dates with people who are nice enough and smart enough and cute enough but just don't elicit any sort of spark. "We shouldn't be making decisions based on the 'spark,'" she said.

She described her now-year-long relationship with a guy she never pictured dating, saying that if she had followed her gut instinct that they were better off friends, she would have missed out on the most promising partnership of her life. "If we were all more open-minded, fewer of us would be alone and unhappy."

I was skeptical. These dates hadn't followed up with me either, suggesting the feeling (or lack thereof) was mutual. But I'd heard that people are notoriously bad decision-makers in their love lives. There's a cliche that we select partners who are bad for us, and it's easy to get FOMO when there's even just an infinitesimal chance you're turning down the potential love of your life. Psychotherapist Aimee Hartstein told Bustle for another article,

I think that unless they are really unappealing, obnoxious, or unattractive (to you, chemistry is personal) then you should have that second date... I’m a believer in pushing yourself to go on that second date, just to see.

I'd been single for two years, so I figured perhaps a new approach was needed. So, I decided to give the guys I felt lukewarm about second dates and see if my "meh"s became "yeah"s.

After sitting through an Indian dinner full of awkward silences with a guy from my neighborhood, I decided to take him up on his offer for a second date rather than dismissing him off-hand. "He seems nice. Maybe he just needs some time to warm up to me," I thought. Don't judge a book by its cover and all that. I invited him to a karaoke bar I'd been wanting to try.

But while I had a blast singing, I realized I would have had more fun alone. Despite my best efforts to make conversation, he didn't ask me much about myself or reveal much about himself. The conversation was like pulling teeth. As he dropped me off at my apartment, he said he'd see me again soon, but I knew he wouldn't. I didn't want to waste more time with someone I just wasn't hitting it off with.

"OK, maybe that's just him," I thought. I decided to give another guy a try. We'd been talking on OkCupid for a few weeks, and I wasn't convinced we had a lot in common, but he was funny and we had a 95 percent match score. I asked him to get cookies, the one thing we'd established we both liked. He was funny in person as well, but I left with the same feeling I usually did: He met the criteria on my checklist, but I just couldn't see us in a relationship.

"But you can't know that after one date," I heard my friend's voice in my head. So, I got in touch the next week. We engaged in witty banter over text for several weeks then met up again. During that second date at a Japanese restaurant, my intuition was confirmed: We had exactly enough in common to tide us over through one date. By the end of the second, we were straining to keep our conversation going, and I was relieved it was over.

I'm not surprised this experiment didn't work. In fact, it just confirmed what I've been saying for a while: The Beauty-and-the-Beast trope is a myth. Pop culture is filled with women who don't like men at first but then, to their surprise, they grow on them. I'm not denying that this happens sometimes, but expecting it is dangerous. In college, for example, I hooked up with a friend who had a crush on me in hopes that he'd grow on me. He didn't, and I just ended up leading him on, breaking his heart, and wasting my time. And last year, I went on six dates with someone before I realized that the feelings I had about him starting on the second date — that he was kind of sexist and not emotionally mature enough for me — were valid.

This is an issue larger than dating success. It's about the way women are constantly encouraged to disregard their own feelings to accommodate men. When we're told "give him a chance" and "he'll grow on you" about someone we're just not feeling it with, we learn to distrust our own feelings and put others' before them. People say these things to men far less often.

Pressuring women to give men a chance is coercive and stems from the belief that women owe men their attention. We're taught to forget about physical attraction because "he has such a great personality" and disregard our feelings because "he's such a nice guy." But my experience suggests that we should trust our feelings. We're lucky to have intuitions about who is right for us, so we should use them. When we make decisions based on who we think should interest us, not who actually does, we end up gaslighting ourselves.

I barely have time for dating at all, let alone for dates that don't hold lasting potential. Sure, there's always that small chance that the person who seems "meh" at first will surprise you. But if there's one thing my early twenties have taught me, it's to not let FOMO influence my decisions and rule my life. There will always be a party or an event or a date where I could possibly meet the love of my life, but I'm over trying to seize every opportunity. I can only devote my attention to the relationships that seem promising, even if my judgment in that arena isn't perfect.

So, I'm done trying to give guys a chance when I'm just not feeling it. I'm going to trust my own judgment instead. I have a lot to offer, so I deserve to be selective. No matter how "nice" a guy is or how "great a personality" he has, he's not worth a date that I need to convince myself to go on.