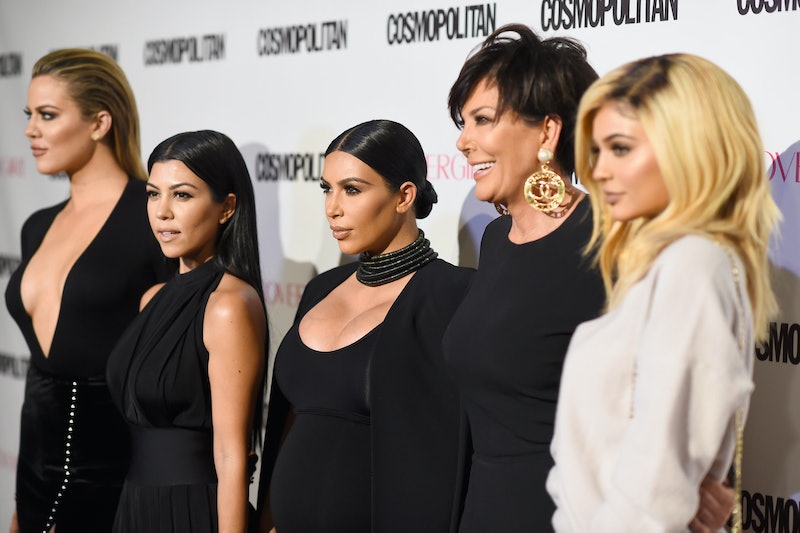 It’s been a long and eventful year for all of us, but especially for the Kardashians. 2015 brought the family we all love keeping up with new life, plenty of changes, and a few struggles along the way. But somehow, those krazy Kardashians, as always, stayed together and seemed to come out on top. Which is why I looked forward to their annual Christmas card this year more than any other. It’s usually quite the event, those cards, with a lot of staging, hours of hair and makeup, and more expensive couture than I would know what to do with. But this year the Kardashians went a different route with their card. Stripped down, simple, and looking more like something snapped in the middle of a birthday party, the card features the next generation of Kardashians: North West, Penelope Disick, Mason Disick, and Reign Disick.

The four grandchildren to Kris Jenner and children to Kim and Kourtney are definitely the cutest members of the Kardashian family, but the minimalistic card is a major departure for the family. So you may have missed a few things. And who could blame you? I was so taken with those adorable faces that it took me a few minutes to notice the few things about this card that are very different from the Kardashian cards of Christmases past.

Here are the eight things you may have missed from the annual Kardashian Christmas card.

Even though his name seems especially appropriate for a Christmas debut, the youngest of the Kardashian clan stayed out of the camera light this time around.

3. It’s All About The Future

With a tumultuous year behind them, it’s clear that the Kardashian family is focusing on the future and what is in store for their growing family.

4. The Next Generation Is Here

Look out, world. These are the kids we’re all going to have to start keeping up with.

5. It’s Less Showy Than Ever Before

The usual Kardashian Christmas card is a production. If you’ve ever watched the clips of the family planning and preparing for the shoot, you’ll know that, in the past, their Christmas cards have been over-the-top with costuming, makeup, and some of the best photographers in the business. What’s not to love about a picture that seems candid, unposed, and as natural as this family can get?

Not a single one of them made it into this year’s picture. Maybe because the family is focusing on the bigger picture and less on their own public personas?

7. It Has The Best Message

“All you need is love,” reads the inscription at the bottom of the card that first appeared on Kim Kardashian West’s website. And there isn’t a better time of year to realize the truth of this statement.

8. It Shows What Really Matters

It isn’t about the makeup or the expensive clothes this time of year. Even though that may be what the family seems to love and care about, this Christmas card sends the message that love and family is what really matters to this very public family.

May your holiday be as full of love as the Kardashian’s, and may you remember what really matters most during this season of celebration.