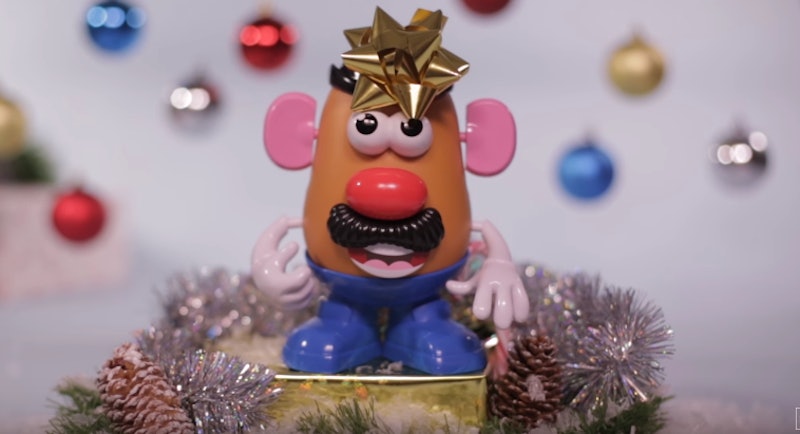 We may long for the days of our youth as each generation ages, but some parts of childhood weren't necessarily everything they're cracked up to be. Exhibit A: Shopify's video "Christmas Crazes," which looks at some of the biggest holiday toy obsessions over the last 70 years — most of which also happen to double as the weirdest. These days, the recipe for a successful holiday toy is pretty standard: Take some lumps of plastic, shape it into something resembling a Disney princess (preferably Frozen-related) or beloved character from a TV show, and voila! You have the kind of toy that flies off the shelves around the holidays.

That being said, some toys are inexplicably successful among children — remember the doll that has gross bodily functions just like the real thing? — and that's certainly nothing new. Shopify's video examines a few of the most popular toys sold during the holidays over the past 70 years, and it's clear that when it comes to toy crazes, sometimes marketing can be more important than the toy itself.

Take the Pet Rock, which was wildly, unfathomably popular in the 1970s. Created by ad man Gary Dahl, these rocks came in cardboard boxes, accompanied by an ironic "Care and Feeding" booklet. (The joke, of course, was that the rocks didn't need any care at all.) It sounds like merely a cute gag gift idea, but thanks to Dahl's marketing abilities, Pet Rocks flew off the shelves. Once the fad fizzled out, however, they largely became collector's items.

Other toys have fared slightly better, even if they've had a few face lifts to keep up with the times. Mr. Potato Head is one such toy: Created in 1949 by inventor George Lerner, the toy originally consisted of pushpin eyes and mouths to be inserted in actual potatoes. It wasn't popular at first, but the Hassenfeld Brothers (a.k.a. Hasbro), began manufacturing the toy in 1952, a million Mr. Potato Heads sold in just one year. In the 1960s, the Mr. Potato Head set came to include the hard, plastic body we know today.

The final toy featured in the video is still popular decades later: The Slinky. Invented by accident by a naval engineer in 1943, the Slinky was relatively unpopular until a department store gave them a Christmas display in 1945. The rest, as they say, was history.