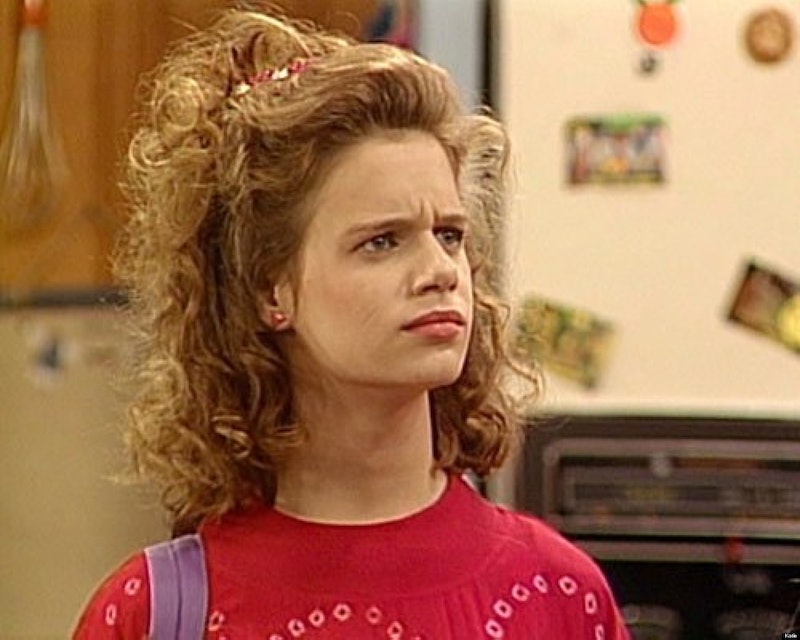 Anyone who has watched enough sitcoms can attest that the best ones are nothing if not formulaic, with nearly identical three-act structures and 22-minute running times. They would also be nothing, of course, without a trusty sidekick to step in and say (or do) what no one else can (or will). If television protagonists are the tree trunks of a sitcom, sidekicks provide the branches with which plots blossom. It's an idea that holds true to this day: After all, what would Parks and Recreation have been without Tom Haverford? Or, heaven forbid, Breaking Bad without Jesse Pinkman? That's why it isn't unheard of for secondary characters and sidekicks from '90s TV shows, like Family Matters' Steve Urkel or Full House's Kimmy Gibbler, to become mainstays in their own right.

More often than not, sitcom sidekicks share similar characteristics: a tendency to barge into the protagonist's living room unexpectedly ("Go home, Roger" -everyone on Sister, Sister), an unrequited crush on one of the central characters (think every scene between Hillary and Jazz in The Fresh Prince of Bel-Air), and, reliably, a personality far too big for the stability required of a protagonist, who must more or less resolve all their problems (dodging their two dates at the prom, getting locked outside in a towel) in half-hour increments.

In honor of overbearing friends everywhere, here's a completely nonscientific analysis of what your favorite '90s sitcom sidekick says about you.

You're a free spirit in the best possible way and for people like you, the adventures never end. Maybe you'll become a life coach. Maybe you'll be a certified yogi. Maybe you'll just sell everything you own, Craigslist your apartment and backpack around Cambodia for a while. Who really knows, but does it even matter? Whatever you end up doing, though, don't try corporate life again. That's not who you are and you know it.

Screech Powers, Saved by the Bell

You're known as something of a wild child in your circle, and likely have a signature dance move you bust out at parties, or just when something good comes on the radio. You have a tendency to forget people's names quickly, so you just call them 'buddy.' Or 'dude.' But not in a suave way.

You're not only a smart little cookie, but you're a cookie with a warm, gooey center, which is the really best kind of cookie one could ask for. Just like the rumors insinuating that the actor who played Paul was actually Marilyn Manson, you, too, are susceptible to vicious rumors from those who doubt your wholesomeness could ever be genuine. But really, you're just a sweetheart. And anyone with half a brain can tell.

Like D.J. once said of the Gibster, "Kimmy's not an airhead. She just hates thinking." You may not the best addition to trivia night, but your penchant for crazy getups and lack of inhibitions likely places you at the top of the list for a partner in crime at, say, Burning Man.

Boundaries aren't a thing for you, but whatever. When you find a friend who doesn't care that you come over and immediately start rooting through the refrigerator, you know you've made a friend for life. Loyal, caring and honest to a fault, your friends value you for your kindness, in spite of the fact that you sometimes suspect you might be the Karen.

When it comes to friendship, or just being a total BAMF, there's no one more "true blue" than you. Also, you look amazing in leather jackets, has anyone ever told you that?

You're the the id to the world's superego, a reliable tour de force anytime your friends try to pull a "maybe we should just stay in tonight." But when you circle anywhere near Jessie Spano-level "I'm So Excited," those closest to you always seem to know how to get you to reel it back in. You're blessed with great friends because, when you're around at least, there's no one better to hang with than you, superstar!

What does it say about me that I think I might be most similar to Seinfeld's George Constanza?