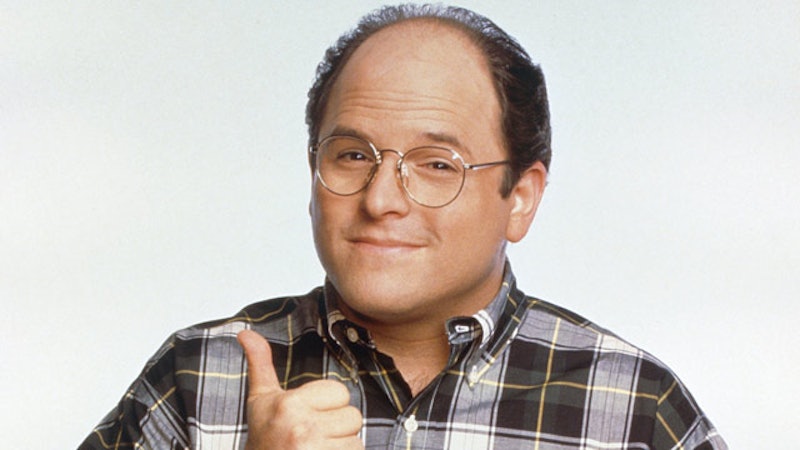 George Costanza was a whiny, lazy, lying, pathetic jerk, but we'll be damned if the guy didn't have some serious words of wisdom that we still abide by all these years later. Seinfeld celebrates its 25th anniversary on Saturday and the landmark sitcom gave us some of the best characters and most memorable lines in all of television history. For nine seasons actor Jason Alexander (who, inexcusably, never received an Emmy for his brilliant supporting work on the show) made viewers crack up with his portrayal of the tragic, nebbishy, but oddly lovable loser George Costanza. (All together now: Can't-Stand-Ya!)

Now, don't get us wrong, there's probably a hundred things George did and said that no one should model their life after (up to and included knocking over a bunch of kids and a clown at a party to escape a fire and save only yourself), but occasionally the bald, bawdy sidekick got it all so right. As we celebrate 25 years of Seinfeld being part of our pop culture fabric, we also celebrate all of the unexpectedly great life lessons from a man who pretty much hated life: George Costanza.

Be Who You Are and Own It

Wear What Makes You Comfortable

Nap, Often and With Purpose

Come Up With Original Names For Your Future Offspring

Feel Confident In Your Underwear

Be Quick On Your Feet

Save Your Receipts...You'll Be Grateful Come Tax Season!