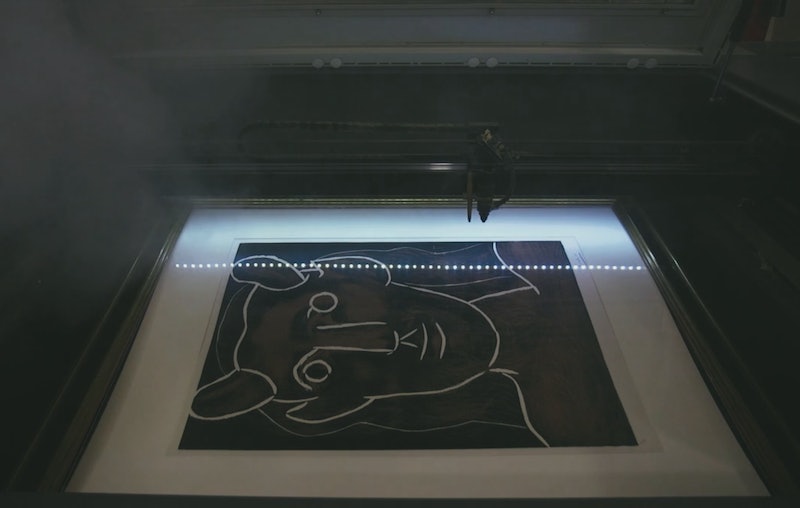 Just how much respect do you have for art? Ask yourself this question: if you could destroy a historically significant work of art and take a tiny piece of it home with you, or if you could give it up but ensure that it'd be kept safe and whole for future generations, what would you do? What's your call? Well, that's precisely the choice that the makers of a certain hit party game are offering to a select few of their fans and consumers — Cards Against Humanity might shred a Picasso, presumably into 150,000 tiny little pieces.

The conceit is equal parts bizarre, thrilling, and offensive, which I guess is pretty on-brand for Cards Against Humanity, but still. Here's the basic idea: according to the website for Eight Sensible Gifts For Hanukkah, a $15 array of mystery gifts that the Cards Against Humanity creators offered up to their fans, 150,000 people decided to buy in. Some of the earlier gifts ranged from the trollishly simple and practical — they first three nights were all socks, and for night five they bought everyone subscriptions to NPR — to the warm-hearted, like how they provided a week of paid time off for the Chinese workers who print their cards.

But night seven's gift takes it to a whole new level, and it's bound to be distressing for anyone who cares about the protection of art over time. It's an original Pablo Picasso linocut (that's a linoleum sheet-based printing technique) from 1962, titled Tête de Faune​. And while it's not irreplaceable as some Picasso works would be — as Mashable's Adam Rosenberg notes, it's just one of 50 Tête de Faune​'s out there — it still presents the people who paid those fateful $15 with a pretty stark choice. Either carve the thing up, or send it to the Art Institute of Chicago. Voting will close on December 31st, so at least we'll know by then.

So, there it is! Which way will they go? Sadly (or maybe not, depending on how it plays out) this question is off-limits to the internet at large, as only those people who subscribed to Eight Sensible Gifts get to cast a vote. You'd hope that enough people would realize their tiny scrap wouldn't really be a Picasso anymore, right? That's not to say it wouldn't still be art, obviously, but it'd be so for very different, very new reasons.