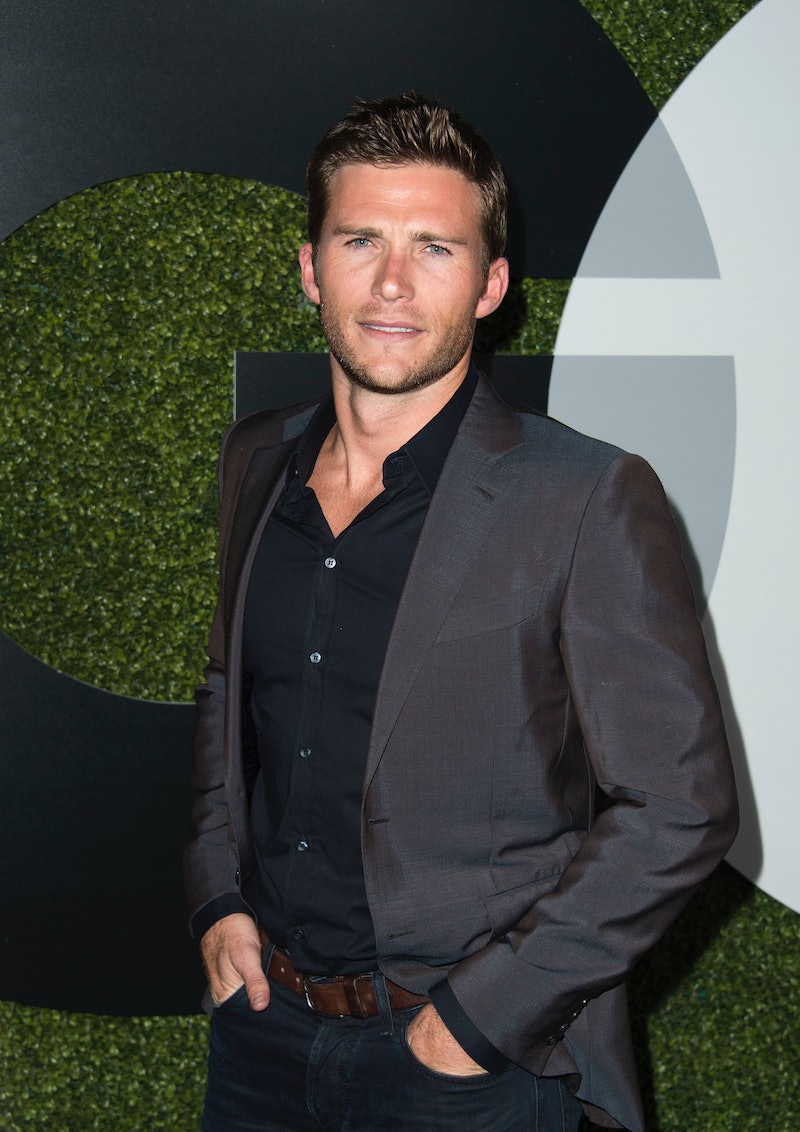 Have you been keeping up with Scott Eastwood on social media lately? Because, uh, you totally should be. Not only is the Suicide Squad actor obviously #blessed in the looks department, but he just seems like an all-around generally cool guy, too, I mean, if Eastwood singing "All I Want For Christmas Is You" on Instagram is any indication or anything. Actually, now that I'm thinking about it, this sing-along wasn't the first indicator of his coolness, nor was it the first hint of his sensational taste in music. Hello, Taylor Swift's "Wlidest Dreams" music video. How could I forget Eastwood in that?

Anyway, back to the pressing matter at hand. The video. The actor captioned his take on Mariah Carey's famous song with a note to fellow music lover The Rock, saying,

@therock you're not the only one who is a sucker for this song during Christmas while driving my pick up truck. #Lipsyncbattle ?? No shame boys. Love this jam.

But, the thing is, Eastwood didn't lip sync. He went all out (as you should when singing this tune) — and the fact that his off-key singing is present and audible just about the best thing the video has to offer. You know, other than the actor's face. Because, let's be real, that's pretty great, too.

Clearly, Eastwood had just the right amount of Christmas cheer on the big day and was in the giving mood, and thus, we get to reap the benefits. He's like Santa, but younger, more clean shaven, and in way better shape. (No offense to Santa, of course. I really dug my presents this year.) But considering I've gotten acquainted with those presents for a few days now, this one may just take the cake. It's Scott Eastwood singing a Christmas song. What's better than that?

You can check out Eastwood, the human gift that keeps on giving, singing the tune below:

Cherry on top of an already spectacular holiday season, for sure. So far, The Rock hasn't responded to Eastwood's shout-out, but let's hope this is the beginning of an epic singing battle between the two stars.