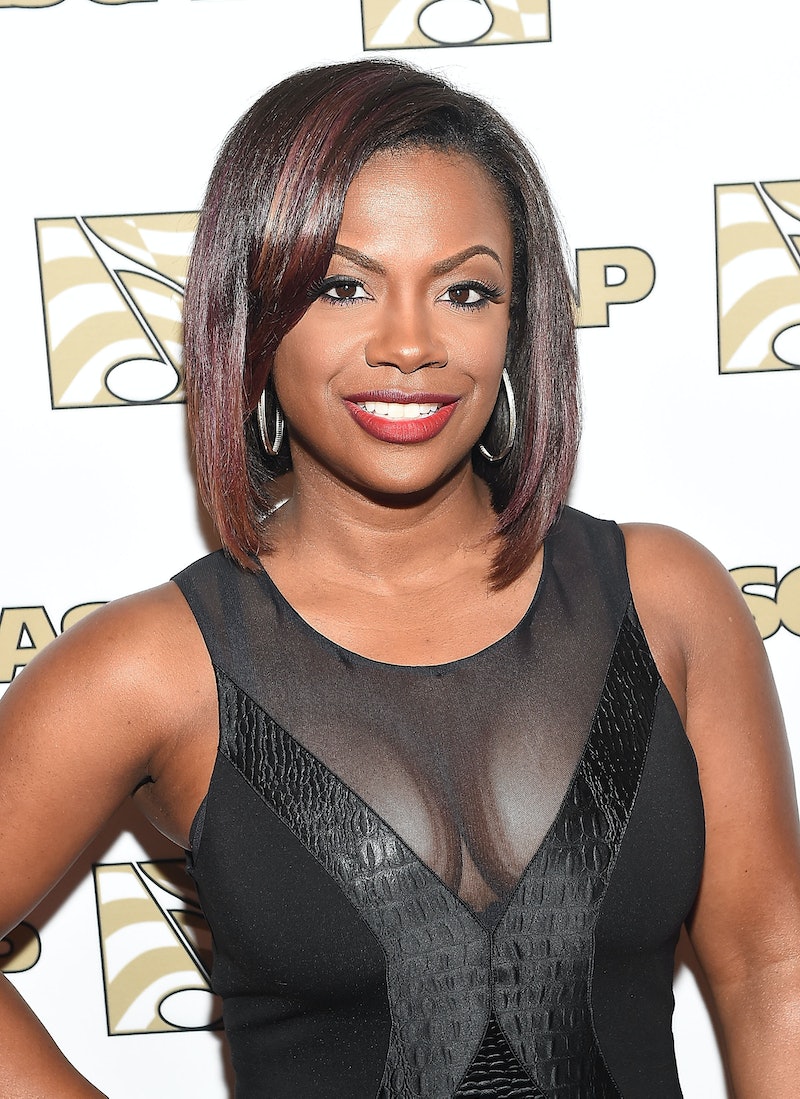 The first RHOA trip of Season 8 is over, and the ladies barely survived, what with the drama of Tammy's family. But everyone's back in Atlanta now, and back at work. Kandi Burruss' duet with Demetria McKinney, "Unnecessary Trouble," is the first thing she gets to work on post-trip. While Kandi is now entering the visibly showing portion of her pregnancy, that doesn't mean that she's ready to totally stop working, and she seems ready to jump back into the music business with the new single. And she's helping her former costar Demetria have a more successful Atlanta music video experience — it's great to see Kandi back in her element as a music producer and a performer.

And it's the return of the one, the only, Roger Bobb! Yes, the man whose name was all over the last season of the show barely gets mentioned this time, though he helps Demetria and Kandi hammer out their agreement to do a music video together.

Kandi's had a hard time getting paid by her costars, but as she pointed out while Phaedra and Kim both screwed her over, "Demetria gave me my check," so it's all OK. And they even went on to film a music video together that was just released on Dec. 26, a day before the episode. Watch the video below — it's a very odd combination of a Watch What Happens: Live parody and a Housewives parody, so looks like these two are capitalizing on that Bravo connection.

The song features Kandi chastising her friend, Demetria, saying that she should be breaking up with her boyfriend, but that she's done telling her "ish about [her] man anymore." Kandi would know a thing or two about getting into "Unnecessary Trouble" because of getting into other people's business — that's why she constantly tries to ignore any random drama. It's actually a pretty enjoyable song, and not in a hate-listen way!

And if you look closely, you can spot another Housewives alum, Claudia Jordan, as one of the gossiping ladies, even though she hasn't been featured on the season at all, and wasn't in the scenes where Kandi and Demetria were filming.

And while on set of the video, Don Juan was in full on overprotective mode, hovering over Kandi and worrying about whether her energy would be enough to last through the shoot. It looks like all of his worrying paid off, since between those crazy boots and some strategic costuming, I don't even think Kandi wound up looking very pregnant in the video.