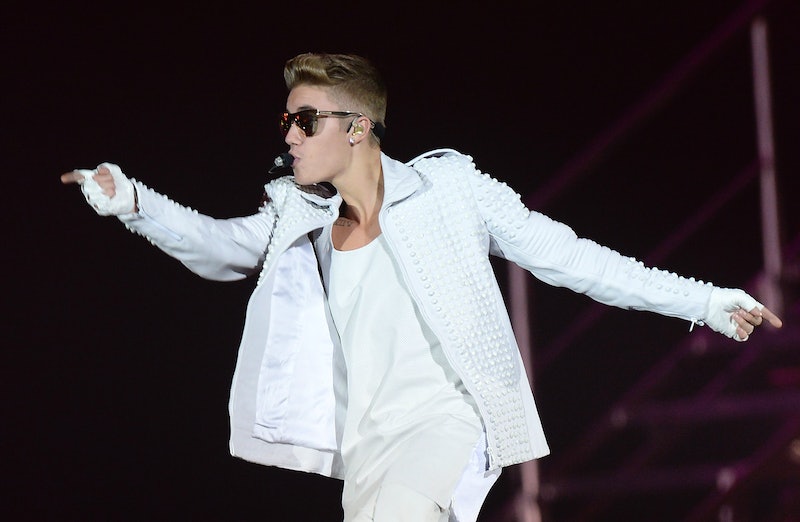 Another day, another dollar. This "Boyfriend" singer celebrated one of the United States' favorite holidays by going to the strip club in Miami and dropping 75K worth of one dollar bills, reports TMZ. That's right, Justin Bieber celebrated Martin Luther King Jr. Day at the strip club. I can't really wrap my head around what part of this story is most amusing: The fact that he asked for 75K worth of one dollar bills to toss at strippers, OR, the fact that he used the civil rights leader's special day as an excuse to oogle scantily-clad women.

But apparently, there was more than one reason to celebrate. According to TMZ, the singer flew from Colorado to Miami Beach, and went to King of Diamonds strip club for the celebration of Lil Scrappy's (you can't make this shit up) birthday party. That's when the gazillion dollar bills were requested and it started to pour onesies inside of da club. From a video filmed in the strip joint the night Bieber and co. was there, it appears there were fire dancers, women doing splits on poles — all the usual clichéd fare. But what would Martin Luther King Jr., the great man who was being celebrated at the club, think of this redunkulous spectacle? We can't be certain, but we'd like to offer some of King's quotes as words of wisdom and warning for Bieber.

"Nothing in the world is more dangerous than sincere ignorance and conscientious stupidity."

"Our lives begin to end the day we become silent about things that matter."

"The function of education is to teach one to think intensively and to think critically. Intelligence plus character - that is the goal of true education."

"A man who won't die for something is not fit to live." But he is willing to die from Sizzerp intake, right?

"Every man must decide whether he will walk in the light of creative altruism or in the darkness of destructive selfishness."

"A man can't ride your back unless it's bent."

"We must use time creatively." Like getting crunk in da club.