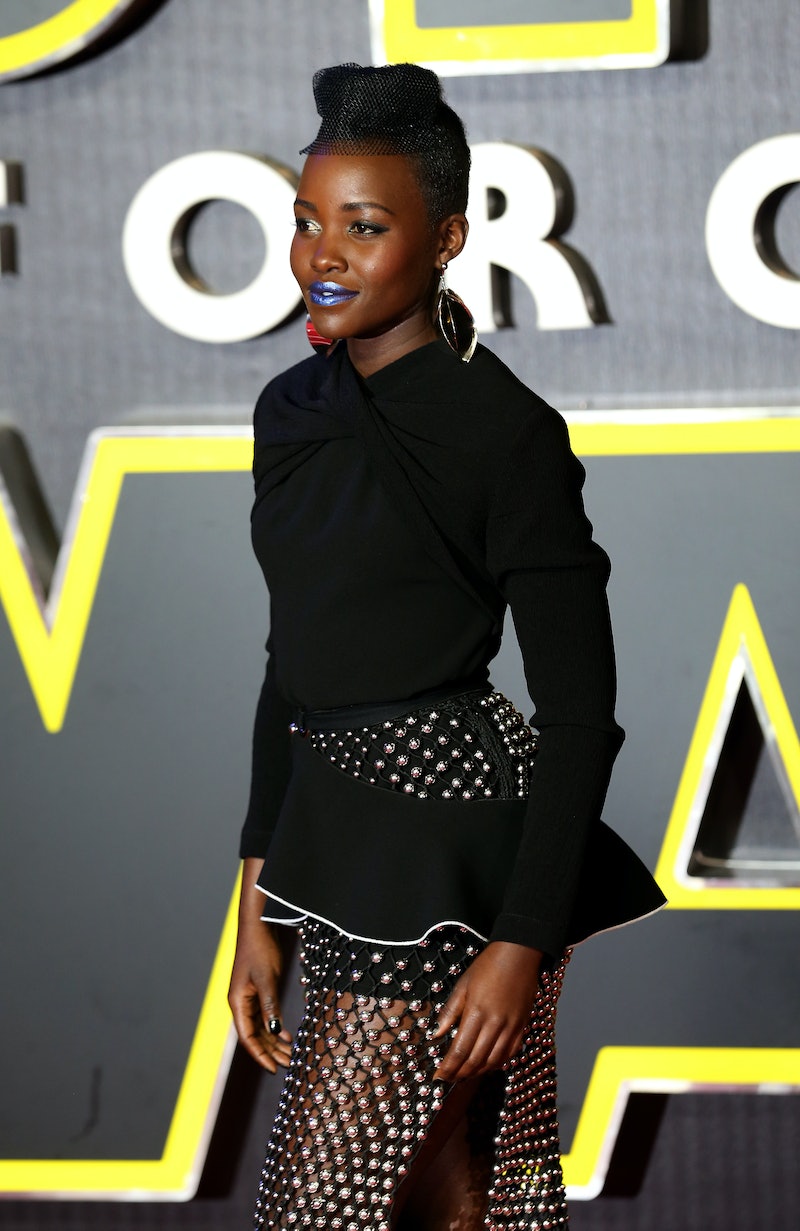 The Force Awakens strikes a perfect balance between classic trilogy characters and the new guard. But there’s more to that new guard that the unstoppably precious threesome of Finn, Poe, and Rey. Take Maz Kanata, for example — the ancient space pirate who runs a watering hole in a castle on the planet Takodana. Maz doesn’t get as much screentime as the would-be Jedi, the pilot, and the ex-Stormtrooper, but she’s still one of the most intriguing new individuals in the universe. A tiny motion-capture creation with puckered skin and Coke-bottle glasses, Maz is the kind of character whose own life story could fill a whole series of films on its own. When an epic like The Force Awakens gets it right, the world it creates feels full of interesting personalities that only appear for a moment or two, but any one of whom could be followed to some crazy, new adventure.

That goes with every extra in the Takodana bar scene too, like the A New Hope cantina scene before it. But Maz is the character that’s most enmeshed in the primary conflict and seems to have the most wisdom to offer our heroes. I hope we’ll learn more about Maz and her past in the coming Star Wars films. For now, here are the seven reasons Star Wars finds find Maz Kanata so intriguing.

Oscar winner Lupita Nyong'o is heard and only kind of seen in her role as Maz. The actress participated in state-of-the-art motion capture technique that lends her character a truthful and human quality of movement, especially in her most prominent feature. Nyong'o told Entertainment Weekly how much she enjoyed the non-traditional acting process required of her for The Force Awakens.

As an actor for films, your eyes are a lot of the way you communicate anyway...So it was definitely a gift to have that be the means to her magic as a motion-capture character.

One gets the feeling that Maz operates her establishment so that she can get the gossip from every system, without having to go anywhere.

3. She Has Luke Skywalker's Lightsaber

Rey finds Anakin Skywalker's blue lightsaber — which was passed on by Obi-Wan Kenobi to Luke — among Maz Kanata's treasures. Maz encourages her to take it, but the power of the Force frightens Rey at that point in time. But how did Maz come into possession of the weapon? That's a story, I hope, for a future film.

She calls the Wookiee her "boyfriend," and I'm so hoping she's not just being facetious.

5. She Has A Real-Life Inspiration

Director J.J. Abrams based the character on Rose Gilbert, one of his teachers at Palisades Charter High School. "We really wanted the story to feel authentic, despite being a wild fantasy," he told the Palisadian Post. "I mentioned Rose in an early story meeting as a sort of timeless, wise figure that I’d actually known in my life." Gilbert passed away before Abrams was able to tell her about the tribute, but his admiration of her spirit lives on in the character.

According to Han Solo, Maz is over 1000 years old, which makes her one of the few characters the audience has been introduced to who has lived through the events of every Star Wars film. Her age hints to the good guys returning to her for information and advice in the future. She's especially good at spotting descendants; it's all in the eyes. How could any rebellion ignore such a wealth of knowledge and experience?

7. She Erected A Statue Of Herself In Front Of Her Own House

Modesty is for losers.

There's so much more I need to know about The Force Awakens character Maz Kanata and her long, pirate life.