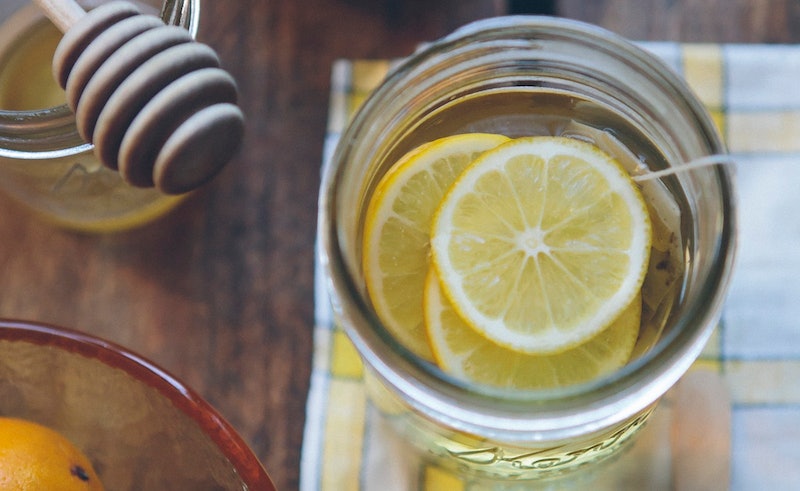 The mentality behind a juice cleanse is a fairly understandable one. After the indulgences of the holidays, you want to feel fresh, clean, and light again, not weighed down and groggy. So what could be better than a diet of pure liquefied fruit and veggies for a few days, to kick-start your system? Quite a lot, actually. The supposed benefits of juice cleanses, it turns out, often have more to do with our psychological perceptions of our bodies rather than how they actually work. And that mismatch can lead to some thoroughly unpleasant problems. Yes, friends, I'm afraid it's true; juicing fiend Gwyneth Paltrow is full of rubbish. And not the kind of rubbish that can be detoxed with a nice glass of carrot juice. Juice cleanses may actually be bad for you.

It's already quite well-known among juicers that light-headedness, diarrhea, grumpiness, and general feeling-like-hell are accepted parts of the regime. It's viewed as a necessary side effect, part of the body "detoxing". But the reality is (hold your breath) that detoxing is a myth: our organs already have a highly sophisticated method of coping with what we put into our bodies, and juicing proponents are maddeningly unclear about what "toxins" they actually mean. The word "detox" came into circulation from drug addiction: going cold turkey on heroin or alcohol is a detox. Juicing to remove hypothetical "bad things" from your body is definitely not.

In case you think juicing is just a harmless way to ease into the New Year, it isn't. Proud owners of Nutribullets be warned: you may be doing yourselves more damage with your juicing than you realize.

1. The Idea Of The Digestive System Needing To "Recover" Is A Myth

It's natural that, after a period of eating high-fat, high-sugar foods, your body starts to want other items and a more balanced diet. It's a normal reaction and is part of your body's attempt to get sufficient nutrients from its food intake. But taking this too far, from Christmas pudding to a totally carb-free diet (which is what juicing is), is not an effective response, and doesn't fully understand how your digestive system works.

The body wasn't "punished" by heavy eating over the festive period, and it doesn't need "rest and recovery;" it's a rigorous and efficient system, not a delicate flower. The best thing for it isn't time off from solid food, but a consistently healthy, balanced diet. If you've been enjoying yourself this holiday, just go back to that rather than going too far in the opposite direction.

2. They Don't Kickstart A Toxin-Cleansing Process

Juicing isn't making life easier for your body; it's actually making it harder, because it's giving it a small amount of fuel in a very limited form. The main advertised benefit of juicing is that it somehow boosts the body into "cleansing" mode, but this is a myth from start to finish. Your body can cleanse itself very well without your help, thank you very much; the liver, kidneys, gastrointestinal tract, lungs, and other organs are on the job 24/7, and depriving them of fuel is not going to help the cause, as the body needs energy to continue to function.

3. They Slow Down The Metabolism

The small amount of calories that enter your body during a three to seven day juicing regime cause the body to panic and enter "starvation" mode. While that may seem like an easy way to lose weight, it ain't. It actually prompts the body to slow down your metabolism to make sure you survive this strange famine, and that will make it harder to maintain a healthy weight in the future.

You may lose weight on a juicing cleanse as your body searches for energy, but a slower metabolism means that when you do gain back the pounds afterwards (and science says you will), it'll be more difficult to take them off.

The thinking behind juicing is a mix of confused ideas about giving the digestive system "a break" by releasing it from the work of digesting whole fruits and veggies. We'll get onto why this isn't necessarily a good idea in a minute, but it's also frankly not the best way to get nutrition out of that element of your diet.

The Mayo Clinic points out that the fiber component of most fruits and veggies is lost during the juicing process, eliminating a part of your daily intake that could do it more good. Unless you have a medically diagnosed digestive problem, your body is able to obtain nutrients from food whether you liquefy it or not, and needs no help to do so.

5. They Reduce Fiber In Your Diet

The absence of fiber in juice that we just talked about? It actually matters more than you think. Fiber isn't just a "heavy" or "difficult to digest" part of your nutrition; it's a key part in digestion, healthy bowels, good cardiovascular health, maintaining good insulin levels, and is thought to have a role in preventing some cancers. You aren't depriving your body of something that's causing it trouble. You're actually taking out an essential part of your diet.

6. They Can Make Blood Sugar See-Saw

One of the biggest problems with juicing is the fact that it's focused almost entirely on fruits and veggies, which are heavy in fructose sugars. The sugary intake may taste like heaven, but it will also cause your blood sugar to spike like a '90s boy-bander's hair, and make your body less capable of regulating its blood sugar levels.

7. They Hurt The Brain

The impacts of juice cleanses on the brain have two main components, and neither is great fun. One is that the body's starvation mode focuses on breaking down your internal fat as fuel — but that fuel is seriously low-efficiency, and your mental focus and concentration will drop massively as the brain struggles to get enough energy to cope. The second part is particularly dangerous for people with mental health issues. Without protein, which is essential to maintaining the brain's neurotransmitters, mood may start to malfunction. People who suffer from depression are especially advised to stay away from protein-poor juice cleanses like the plague.

8. They Cause A Reduction In Muscle Mass

The juicing cleanse's starvation mode is less cleansing and more horror-film, because the body will start to cannibalize itself to get the fuel it needs to keep going. Women's Health Magazine points out that you'll start to lose muscle mass from the second day of the cleanse, as your body chews up the protein it stores in its muscles as a way of replacing food intake. You're also likely going to be too tired to hit the gym, so you're not streamlining your system: you're wasting it away.

More like this
This Psychological Effect Might Be Keeping You From Hitting Your Goals
By Lexi Inks
14 Last-Minute Halloween Costumes That Only Require A Flannel Shirt
By Kirsten Nunez
64 Genius Gift Ideas For Every Single Guy In Your Life
By Teresa Newsome, Mia Mercado and Brittany Leitner
12 Easy Halloween Costumes You Can Wear With A Denim Jacket
By Kirsten Nunez and Bustle Editors
Get Even More From Bustle — Sign Up For The Newsletter