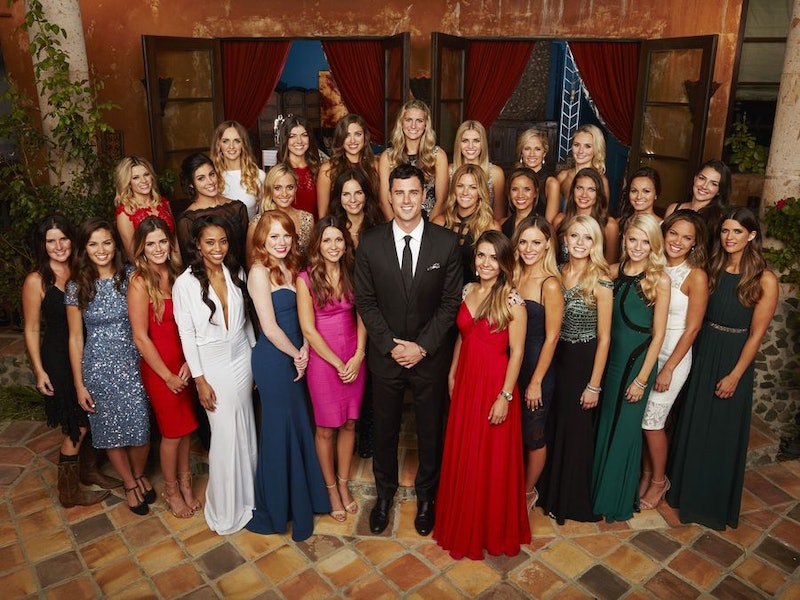 When The Bachelor kicks off every season, I always struggle to match the different contestants with their names. There are so many of them at first, and even though they do their best to set themselves apart during the limo arrivals, it's still tough to know who's who before roses get handed out and there are fewer ladies to know. But Ben Higgins' season is going to present a whole different challenge, because some of the contestants share the same name. And by "some," I mean that there are four Laurens on The Bachelor this season. So how do we even tell them apart?! How does Ben even tell them apart, in the beginning?!

All four Laurens are gorgeous (duh) and just from first glance, it's obvious Ben would be lucky to date any of them. But fortunately, when it comes to their bios and their personalities? They're all pretty unique, and once the season gets into gear, it shouldn't be a problem at all to tell the difference between them. In fact, I'll probably get the twins, Emily and Haley, confused far more often than I will forget which Lauren is which.

Here's how different all of the Laurens are, according to their ABC bios. You're welcome!

First of all, if she's planning on calling herself "LB" all season, this is easy. And at 23, she's also the youngest Lauren, but it's hard to tell that just by looking at her. Bonus: She's also a fashion buyer, so chances are she'll also be the most stylish Lauren.

This Lauren has the lightest hair, and at 5'7, she's also the tallest Lauren — piece of cake! She also loves sunshine and warm weather, so you'll know this Lauren when she is miserable on any skiing dates that might happen this season (what? You never know with these people). Also, she's a flight attendant, so if one of the Laurens mentions that she travels a lot for work, it's probably this one.

This 25-year-old kindergarten teacher is easy to separate from the rest of the Laurens because she's Bachelor obsessed — she said she'd wanna trade jobs with Chris Harrison and if she could travel anywhere in the world, it would be to the Bachelor mansion. A woman after my own heart! Plus, she also said her most embarrassing moment was when her boss found her wedding-themed Pinterest board, so if anyone is getting embarrassed over stuff all of us are guilty for, you'll know it's Lauren H.

Lauren R. — who is the oldest Lauren, clocking in at an ancient 26 years old — is also the Lauren with the darkest hair. She also hates heights, so if there's a Lauren having a Britt-esque hot air balloon freak out this season, it's this Lauren.

See? That's easy enough! And unfortunately, I seriously doubt all four Laurens will make it to the final rounds, so they'll probably separate themselves pretty easily when some of them get sent home... unless they don't. Four Laurens as Ben's hometown dates? I don't think even Chris Harrison could handle it.