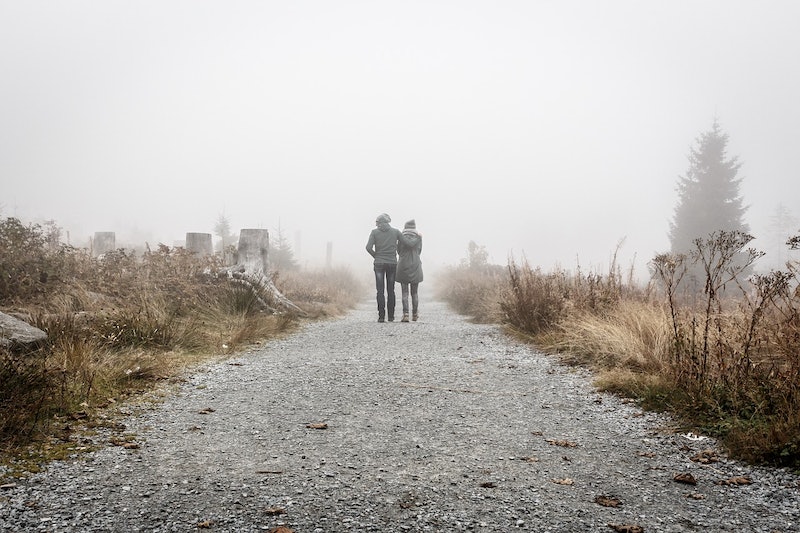 When you’re mentally hurting in your relationship, but you’re simultaneously in love with your partner, it can often by extremely difficult to recognize the signs you’re being emotionally abused. Perhaps you don’t want to see the signs, perhaps you falsely believe the problem is you, or — worst of all — perhaps you think you’re worthy of being treated poorly by your significant other. Maybe your significant other hasn’t physically harmed you, so you justify the horrible emotional treatment you’re enduring as OK. Whatever the reason may be for overlooking emotional abuse, it’s important that you stop and consider the signs. Emotional abuse is just that — abuse.

Even the thought of physical abuse in a relationship is enough to send a chill down one’s spine. However, the lesser talked about — and much more common — form of abuse is emotional, and can be just as detrimental to someone’s health, depending on the specific circumstances. According to WomensHealth.gov, attempts by your partner to scare, isolate, or control you are forms of abuse. These things can negatively affect both your physical and emotional well-being.

According to Psychology Today, emotional abuse begins when resentment begins outweighing compassion in a relationship. Your partner’s sense of resentment builds up to an unhealthy point, where they begin hurting others’ feelings (likely their significant other) in order to make themselves feel better. This resentment one in the relationship focuses on the things they don’t like about their partner and their partner’s behavior, and ultimately it takes an unhealthy toll on their significant other. That could be you.

Here are seven signs you’re being emotionally abused by your partner.

1. You’re Constantly Made To Feel You Aren’t Good Enough

Sometimes our personal insecurities can mute the good things happening in our lives. However, when a partner is making us feel like we aren’t good enough, it can do more damage than simply drain out knowledge of why we’re an awesome human — it can also mentally beat us into the ground.

Making you feel as though you’re not good enough is one of the main signs of emotional abuse, according to Psychology Today. Stop and listen closely to the things your partner says to you: Are cruel words being pounded into your head by your significant other? Are they constantly putting you down, making you feel stupid, or flat-out dismissing anything you have to say? Are you always being criticized for being you, and for not being a “better person”? After a while, even the most confident of people could be left constantly questioning their self-worth.

Do you always feel like you're clinging to your partner in hopes they'll pay attention to you? It’s normal to want some personal space from time to time, but it isn’t normal to have a partner who takes this to the extreme by ignoring you all the time. Ignoring you might not only apply to refusing to be physically near to you. It could also be applicable when you’re together. According to University of Rochester Medical Center, ignoring your feelings can be another sign of emotional abuse. For instance, your S.O. might be the type to never listen to a word you say or to immediately dismiss your ideas, suggestions, and/or feelings.

In terms of physically ignoring you, being apart from each other happens on their terms only. If you decide to do something on your own away from them, an emotionally abusive partner is likely to call or text you an abundant amount to keep tabs on you, which leads us to our next point.

3. Your Partner Has A Lot Of Control Over You

At certain points it’s difficult to realize your partner is controlling you until you pause and really think about it. Perhaps you’ve become accustomed to the fact that your significant other allots you set times when you can see your friends. Maybe you’ve always thought this was a sweet way of them wanting to spend more time with you. It’s not! Consider this — does your partner control not only the money and household-related end of your relationship, but also your personal things, like your cell phone, when you can use your own car, when you’re able to see your friends and what you’re allowed to do? Being in a two-way partnership should not feel like you’re a child and the other person is your parent. If you’ve stopped by a friend’s house for a half hour, you shouldn’t be bombarded with 100s of calls and texts from your partner — it defines controlling.

4. Your S.O. Blames You For Everything

According to PsychCentral, this could mean every time you stand up for yourself, your partner has a way of spinning things back on you, even if you’ve done nothing wrong, For example, your partner might say things like, “If you didn’t stay out so late, I wouldn’t have to yell at you,” or “If you didn’t always act so stupid, I wouldn’t call you dumb.” Any apologies on their end are likely backhanded apologies, where the ultimate blame falls on you. Likely, your partner never fully claims fault for anything.

5. You Don’t Get Any Support From Your Partner

The kind of support everyone is worthy of receiving in a relationship is apparent in both bad and good times. In the bad times, you should have a partner who is there to listen to you, provide advice where necessary, and be there however you need them. In good times, a partner in a healthy relationship will help celebrate your successes and find joy in what brings their partner joy, according to relationship expert, Margaret Paul, Ph.D. The opposite goes all around for emotionally abusive and emotionally neglectful partners. They are unlikely to be a pillar for you when you’re going through a tough time, and they might dismiss any achievement you’ve accomplished by mocking it and/or putting you down.

6. You’re Regularly Being Lied To

Think of how awful it feels when you find out you’ve been lied to about something. Now, multiply that feeling by 10, or 20, or even 50. It can wear you down so much that you might feel immune to it — but you shouldn’t! If your partner continually lies and it’s become their historic trademark, this is a sign of emotional abuse, according to Huffington Post. It not only leave can you with major trust issues, it can — once again — cause you to question your sense of self-worth (e.g., “They wouldn’t lie so much to someone who is better than me.”)

7. You Believe You Deserve To Be Treated Badly

According to Charles J. Orlando, relationship and interpersonal relations expert, one of the reasons people find themselves being treated in ways they don’t like is because their self-esteem is so low, they feel — whether subconsciously or consciously — that this is all they deserve. Orlando said if you continue to let your partner treat you badly, you’re essentially telling him or her that you’re only worthy of this kind of treatment. The bad behavior on their part is then reinforced, and it becomes an evil cycle.

If any of these signs resonate with you, it could be a clear indication that you’re being emotionally abused. According to Orlando, if you’ve communicated your needs and the proper way you’d like to be treated and your partner is refusing to change, it’s time to move on. You deserve to be treated the right way, so remind yourself of this, regain your sense of self-worth, and it’s onward and upward.