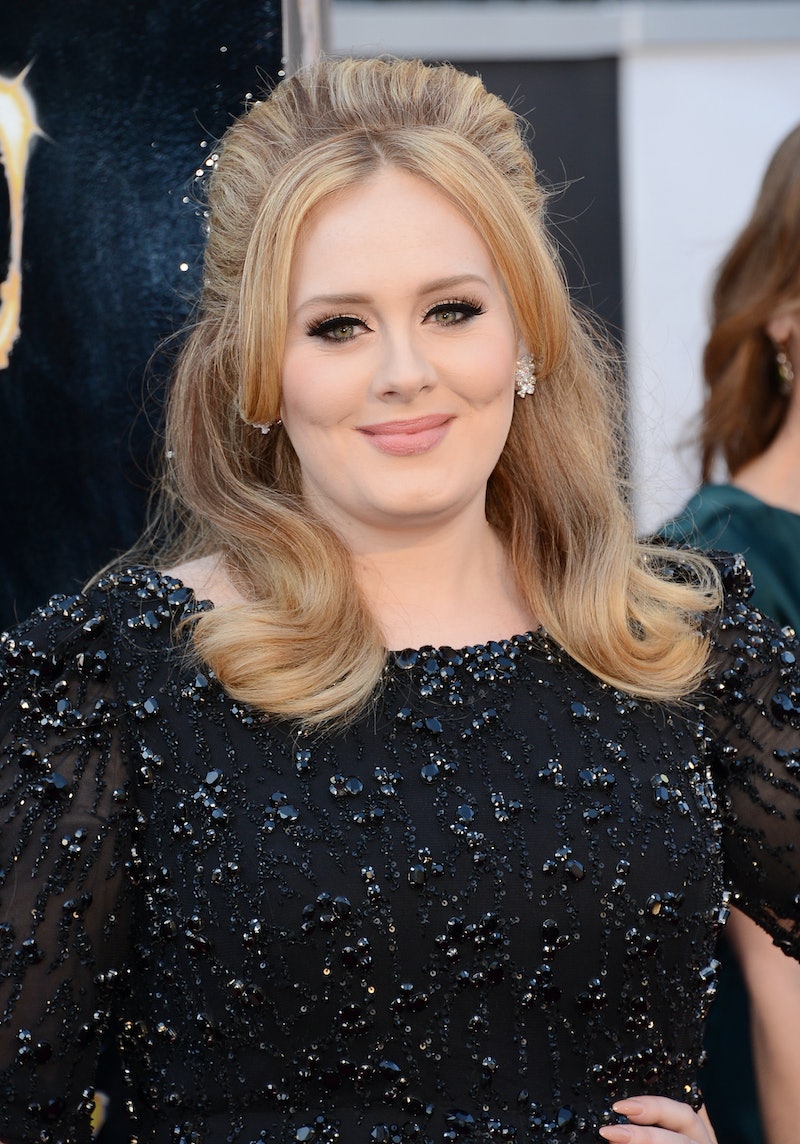 Not all celebrities have great relationships with their parents. As wonderful as it would be to think that everyone in Hollywood is tight with their parents like Beyoncé and Tina Knowles or like Bradley Cooper and his mom Gloria Campano, that unfortunately just isn't the case. When you're following the entertainment industry, it's sadly not uncommon to see celebrities have fallouts with their loved ones, whether that be significant others, siblings, parents, and/or friends. That said, there are many celebrities who have talked about having toxic relationships with their parents — sorry, but considering your mom and dad to be role models isn't exactly a requirement on the road to fame.

More often than not — especially when you come from a famous family or a long line of performers — both good news and bad news about your family are bound to make headlines. Not to mention, if there is even a whiff of bad blood between family members, celebs had better expect it to somehow find its way to the tabloids. There are even some famous faces who have taken things to the next level and been (and continue to be) very vocal about their relationships with their parents. Celebrities such as...

The Lohan family has definitely had their ups and downs. On multiple occasions, Lindsay, her mother Dina Lohan, and her father Michael Lohan have made headlines — and for less than desirable reasons. In May 2013 while talking with Piers Morgan, she said about her dad:

He won't change. I just think there comes a point where you just kind of have to accept what it is. Whenever I do try to bring him back into my life, he creates chaos for me and uses it to his advantage. He's been really good and then really crazy my whole life.

Despite the complicated relationship Lindsay has with both Michael and Dina, during her 2014 OWN docu-series, Lindsay said, "There's so much love in all of my family members. We have so much love in each one of us. It really will be nice when that day comes when there's… only positive things being said. And that will come."

When she wasn't making headlines for starring on Modern Family, Ariel Winter's relationship with her mother was becoming the talk of the town. In May 2015, Winter became an emancipated minor and declared the news on on Twitter: "I am now officially emancipated!!! I'm really lucky I have an amazing support system and lovely people in my life who have given me the support and guidance to have been given this wonderful opportunity."

In November 2012, after reports of alleged physical and emotional abuse, the actress was removed from her mother Chrisoula "Chrystal" Workman's home. Winter's older sister, Shanelle Gray, became her permanent guardian in May 2014, until Winter achieved full emancipation.

Over the years, Jennifer Aniston and her mother Nancy Dow have had a tension-filled relationship. As Aniston told The Hollywood Reporter in 2015, there were years in which the two didn't even speak, but that's all changed. She said,

We're all fine. She had a temper. I can't tolerate that. If I get upset, I will discuss [things]. I will never scream and get hysterical like that. [But] I was never taught that I could scream. One time, I raised my voice to my mother, and I screamed at her, and she looked at me and burst out laughing. She was laughing at me [for] screaming back. And it was like a punch in my stomach.

It didn't stop there, as the former Friends actress added, "She was critical. She was very critical of me. Because she was a model, she was gorgeous, stunning. I wasn't. I never was. I honestly still don't think of myself in that sort of light, which is fine. She was also very unforgiving. She would hold grudges that I just found so petty."

At just 14 years old, Drew Barrymore became emancipated from her mother, Jaid Barrymore. As she writes in her memoir, Wildflower, the two haven't spoken since her then. That said, Drew speaks well of her mother. In her book (via Vulture) she writes, "I still support her — I must know that she is taken care of or I simply cannot function." She adds,

I am grateful to this woman for bringing me into this world, and it would crush me to know she was in need anywhere. It is not who I am to harbor any anger for the fact that our life together was so incredibly unorthodox. I want only to say thank you to her, because I love my life and it takes every step to get to where you are, and if you are happy, then God bless the hard times it took you to get there. No life is without them, so what are yours, and what did you do with the lessons?

Somewhat like the McCallisters, Macaulay Culkin and his parents have had their issues. According to Business Insider, the Home Alone star and his parents are estranged. More so, during his parents divorce, they allegedly argued over the child star's "multimillion dollar fortune," which reportedly drove a wedge between the family. It appears the family accountant was put in charge of Culkin's trust until he reached adulthood. Per Movie Pilot, Culkin once said of his father, "My father was overbearing. Very controlling. He was always the way he is, even before my success. He’d play mind games to make sure I knew my place."

In 2012, Adele opened up to Vogue about her estranged father, Mark Evans. After her father spoke to a U.K. tabloid, Adele said, "I was actually ready to start trying to have a relationship with him." She added, "He's f*cking blown it. He will never hear from me again. Because there is nothing that would upset me more than my dad being bribed by the press. It's like, 'Just let them run it, then. Don't you give them ammunition.'"

In October 2015 after Adele's album 25 was released, he claimed the two have reconciled. He told the Sun, "Adele and I are fine, it was a misunderstanding. We’ve patched things up, everything’s fine, but I don’t want to make further comment."

It's no secret that Kate Hudson and Oliver Hudson are not close with their father, Bill Hudson. On Father's Day in 2015, Oliver shared a photo with Kate and their father along with the caption, "Happy abandonment day... @katehudson." As Us Weekly reports, Bill and Goldie Hawn divorced in 1980, which led to Bill having no involvement his children's lives. Both Kate and Oliver consider Hawn's longtime partner Kurt Russell as their father.

Despite the bad blood, in November 2015 while appearing on Watch What Happens Live!, Oliver said that his Father's Day post led to a chat with his dad. "It actually started a dialogue," he said. "I haven’t talked to my father in 12 years. In my dark, crazy sense of humor, I posted this 'Happy Abandonment Day' thing, which everyone went crazy over, and I was just trying to be funny. And at the end of the day it was a good thing."

Angelina Jolie and her father Jon Voight had quite the feud back in the day. However, it's been reported the two reconciled in 2011. Anyways, according to People, Jolie was hurt by Voight cheating on her late mother, Marcheline Bertrand. Then, in 2002, Voight publicly claimed his daughter needed "help" and that suffered from "mental problems."

That said, it seems the two are trying to put all of that in the past, especially now that Voight is a grandfather to Jolie and Brad Pitt's six children. Regarding spending time with Jolie and Pitt, Voight told People, "I really had a wonderful time. I loved being there with my daughter and also with Brad and those children, who are quite spectacular."

Despite these celebs not having the greatest relationships with their parents, at least some of them have worked through the hardships. That definitely counts for something in a world where drama reigns supreme.

More like this
Yes, That's Lindsay Lohan's Sister Singing In The 'Falling For Christmas' Movie
By Radhika Menon
Robert Pattinson & Suki Waterhouse Made Their Red Carpet Debut — 4 Years Later
By Jake Viswanath
Keke Palmer Paid Tribute To "Other Half" Darius Daulton After Announcing Pregnancy
By Jake Viswanath
Winter 'Love Island' May Be Starting Sooner Than Expected
By Maxine Harrison and Sophie McEvoy
Get Even More From Bustle — Sign Up For The Newsletter