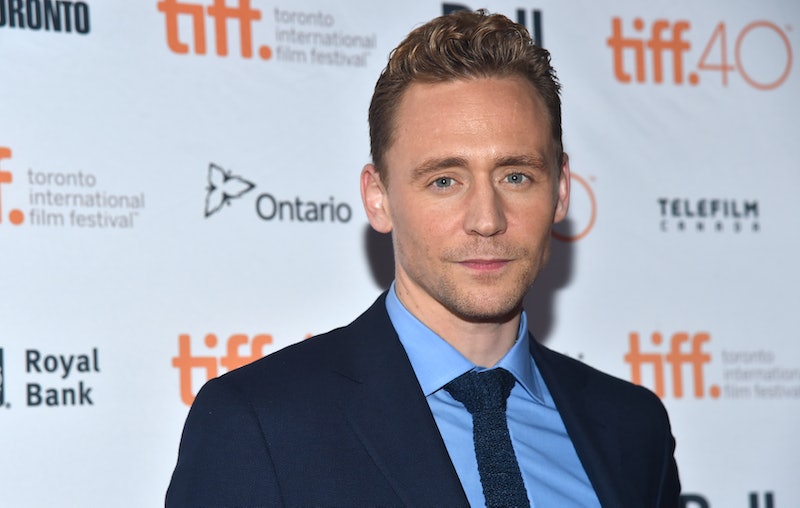 For those of you who feel like there isn't enough Tom Hiddleston in your life, get ready: Entertainment Weekly has released a new photo of Hiddleston The Night Manager — a six-part miniseries that will air on AMC in April — making it a very happy new year for us all. The series, which will also star Hugh Laurie, Olivia Colman, and is directed by Oscar winner Susanne Bier, is based off of John la Carré's 1993 novel of the same name. It will follow Hiddleston's character Jonathan Pine as an MI-6 field agent (likes James Bond!) who has to bring down a dangerous weapons dealer, who is played by Laurie.

Since the novel came out over twenty years ago, movie studios have been trying to turn it in to a feature film without much success: Even Brad Pitt's production company Plan B optioned the book in 2009, but a movie was never made. Like many other books ( Mildred Pierce and Olive Kitteridge for example), this is a story that needed more than two hours to be told — making it perfect for a miniseries. Surely with Hiddleston at the helm, it'll be worth the wait it took to see it on the screen: One of the show's producers told EW it was "the thriller equivalent of a bromance."

BBC, who will be airing the show in Great Britain, released a small snippet from the show in a promo a few months ago.

With the exception of an episode of Family Guy and Robot Chicken, Hiddleston hasn't done much on American television. While Hiddleston is best known in the U.S. for his role as Loki in Thor and The Avengers, he's actually quite the classical actor in the United Kingdom. He's won an Olivier Award for his work in the Shakespearian drama Cymbeline, and played Henry V in BBC's adaptation of Shakespeare's history plays. That in mind, The Night Manager might be just the sort of role Hiddleston needs to establish himself as a dramatic actor to American audiences.

One thing's for sure: no one is going to complain about more chances to see Tom Hiddleston. So, thank you in advance, AMC.