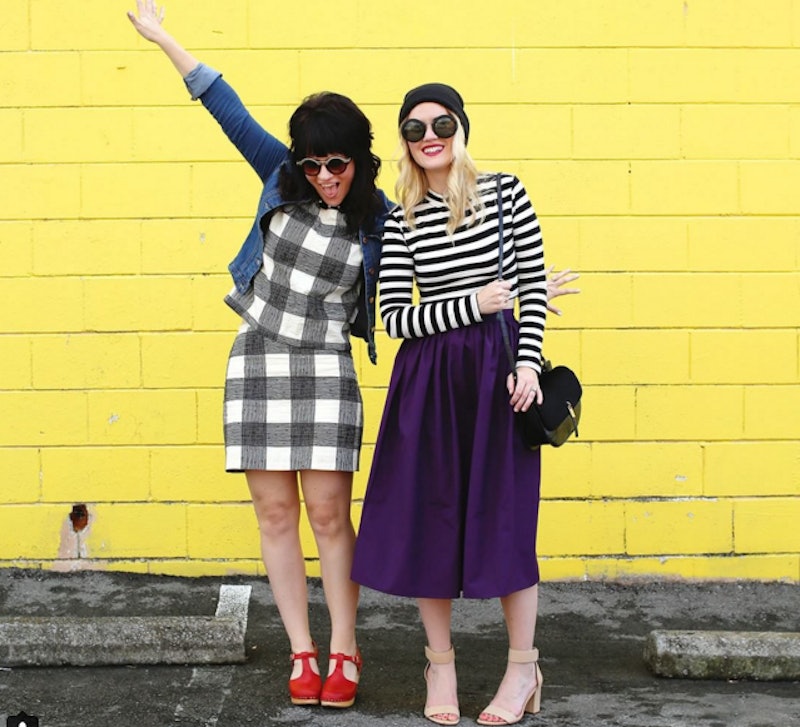 Failure can feel pretty deflating, right? Well, not if you know how to turn those failures into wins. People who are successful or are highly motivated don't get much of a hitch in their step when they come across a defeat, mainly because they've learned a new way to think about it. A lot of the times people succumb to defeat because they think a failure is a personal hit: They think it's tied in with their self-worth, with their value, and takes away points from their character and what they have to contribute. But if you have this success thing down-pat, you know that's simply not true.

The thing about failure is that it's a natural part of winning. There aren't many cases where you come across someone that reached their goal with a 100 percent success rate. Rather they experience set backs, get the rug pulled out from under them, make wrong turns, and straight up lose. But the nice thing about that? It gives them a chance to try again. Just in a wiser, more calculated away. And another perk is that if everyone has seen you at your bottom, you won't ever feel afraid of messing up again. It's all a learning process, not an ending point. To motivate you to dust off your knees next time you trip and fall, below are seven ways you can turn your failures into wins.

1. Use It As A Reset Button

It's going to sting when you fail, sometimes so much so that you're just going to want to chalk it up to not being good enough and leaving it at that. But failure isn't an end-point, but more of a reset button. It helps you gain the knowledge that you really wanted to make it, gets you used to that slap of rejection, and takes down any ego that might have been clouding your judgement.

Geoffrey James, author of award-winning blog, Sales Source, and professional speaker, wrote for entrepreneur site, Inc, "Failure renews my humility, sharpens my objectivity, and makes me more resilient." It's a chance to reset all the muddle and over-thinking that might have taken you off the right course, and gives you a chance to start again.

2. Approach It With Curiosity

Instead of getting angry or looking to blame someone, turn your fail into a win by approaching it with curiosity. What went wrong? What could you have done to make it work? And then, most importantly, ask what you learned from it. Now armed with new-found wisdom, you're that much more prepared to win during the next try.

Forbes entrepreneur writer Susan Tardanico pointed out, "Thomas Edison reportedly failed 10,000 times while he was inventing the light bulb. He was quoted as saying, 'I have found 10,000 ways something won’t work. I am not discouraged, because every wrong attempt discarded is another step forward.'" So far you've only found ways on how not to succeed. Which means you're getting closer to the right one.

3. See It As Part Of The Process, Not The End Point

A great way to take out the stigma from failure is to think of it as all part of the plan. You were never intended to succeed without some stumbles or set-backs — that's just downright impossible. Instead, view failure as just another step (or five) in the plan to success.

James highlighted, "If the more I fail, the more I succeed, then failure is a part of the process of achieving my objectives." You're just checking off another step on the to-do list. Now move onto the next one and keep trying.

4. Shake Off The Embarrassment So You Can Move On To The Next Phase

A big part of why a lot of us stop after failing just once is because we're too embarrassed of what others might think of us to go on. Tardanico concluded, "Often our fear of failure is rooted in our fear of being judged and losing others’ respect and esteem. We easily get influenced (and spooked) by what people say about us...if you give too much power to others’ opinions, it could douse your passion and confidence, undermining your ability to ultimately succeed." Instead, shake off the embarrassment and don't let the passing thoughts of others take away your dreams. Ignore what they might say and, instead, prove them all wrong by trying again.

You've got to build some space in your life for your failures, because you've earned the right to have them. See it this way: You've been working hard for these past couple of years to make your goals come true and to move on to bigger, greater dreams, which means you're entitled to a few flops along the way.

If you feel like you've earned some wiggle room to mess up, you'll only brush yourself off faster when it happens. Because you were expecting it. According to Sarah Mahoney at Self, "research by Stanford’s Dweck shows that the more you believe in the value of failure, the better you’ll do. In one of her studies, 91 percent of college students who thought that failing could help them learn and grow were willing to stay with a complicated task; for the group who suspected that failure mostly meant they weren’t good enough, only 53 percent had the mojo to power through." So there you go: Don't stunt yourself with your fear of messing up. It's not something negative. It's something you've earned.

Look at it this way: If you've failed once, you're only that much closer to getting it right. If you've failed 30 odd times, you're practically there. Tardanico pointed out, "If you ask those who have distinguished themselves through their achievements, they will tell you that failure was a critical enabler of their success. It was their motivator. Their teacher. A stepping stone along their path to greatness. The difference between them and the average person is that they didn’t give up." If you keep trying enough times, you'll get it right. Don't be part of the group that might have been so close but decided to quit. Use your failures as motivation.

7. Let It Make You Braver For The Next Try

The more you fail, the more desensitized you'll become to it. The first time will be mortifying. The second time will be degrading, but the eighth? Psh, just another challenge. James said, "It takes courage to fail – because nobody ever got ahead without taking risks." If you give up when you fail, you're basically just admitting you're too scared to keep going. Be brave, and keep on trying.