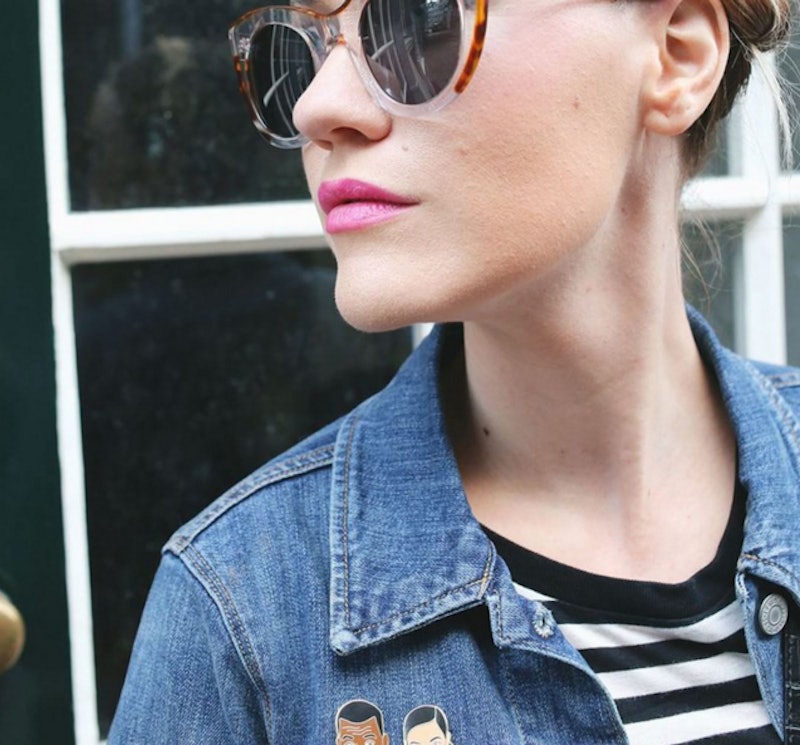 It's never fun to stand around grumbling, but it can be a hard task to shut down negative people. A lot of people fall into two categories when it comes to dealing with those with a bad attitude, and frankly neither are very effective. If a negative person comes over to their desk or calls them up on the phone to vent, a go-to reaction is to commiserate with them. You let them know you totally feel their pain and how unfair it is that it happened to them, and might even pepper in an anecdote or a complaint of your own. You're not the Black Cloud Brigade, and you have a club of two. While that can seem kind (it's always nice to lend someone an ear) it doesn't necessarily do anyone any favors. Least of all you, seeing how they'll probably come back to you time and time again when they need to unload.

The second category is a completely passive one, meaning you just avoid the person at all costs. While that's easy, it can make you miss out on important relationships or opportunities. Besides, how long can you even avoid a person, really?

Which means you need a new strategy. One that shows you're empathetic to their grumblings but moves the person onto smoother, less whiney ground. I've got just the thing. Below are seven ways you can shoot down negative people, in a way that's completely effective and still kind.

1. Make Them Find Their Own Silver Lining

Whenever you try to point out the silver lining to someone, chances are they'll more than likely react in a grumpy way. Just think about a time you were disgruntled over something and one of yours pals were all, "Well, at least this and that didn't happen." It's enough to make you want to shake 'em. So instead, if someone is acting particularly negative, make them find their own bright side. A great way to do that is to show that you're sorry about what they're going through, but then ask if anything good came out of the situation.

Career writer Aja Frost at career development site The Muse explained, “This response shows empathy while redirecting the person’s thoughts in a more upbeat direction." You probably won't change their day completely around, but at least you can show them that there's some good left.

2. Put A Time Limit On Them

Everyone needs someone to vent to, and you're the chosen one then help your friend or colleague out by lending your ear. But don't let them stew; put a cap on how long you're willing to listen before they just spiral into complaining mode.

Kevin Kruse, New York Times bestselling author Employee Engagement for Everyone: The 4 Keys to Happiness & Engagement at Work, offered, "Everybody has tough times, and sharing our feelings can make us feel better. Use the '5-minute rule' when it comes to this. Let your colleague vent for five minutes, but after that, assume that he’s entered Downer mode." Once their time is up, politely change the subject and move on. You were there for them, but you're not Dr. Phil.

3. Turn Their Exaggerations Into Facts

If someone is feeling particularly negative or worked up, try to keep their mood in check by not allowing their exaggerations to fuel the fire. In order to do this, turn them into facts.

Kruse pointed out, "Negative people often speak in extreme terms that match their worldviews. They talk about 'never' and 'always.' Your first goal is to switch them to fact-based statements." If your co-worker is mad that your boss "never" gives her a shot to manage any projects, politely point out the couple of times she did. Doing this is a polite nudge towards showing them that they're sulking and making the situation worse to suit them.

4. Tell Them You're Impressed With Their Positivity

Shut down the negativity of a conversation with someone in a dark mood by telling them you're impressed with how they're handling the situation in a positive way. It might sound snarky, but it'll make them want to live up to the comment.

Frost explained, "In the same way that telling people that they’re really hard workers motivates them to work harder and live up to that reputation, commenting on someone’s “impressive” fortitude incentivizes them to be less negative." Gentle nudges like this will help try and bring them over to more positive views.

5. Try To Make Them See The Other Side

You have to do this subtly, because not everyone likes to be forced to see where they should ease up the venting. Instead try a line like, "Well, you do have more experience/ knowledge/literally anything than they do in this situation."

Frost justified, "When colleagues are venting to me about others, this line not only flatters, but encourages them to acknowledge where the other person’s coming from. The combination of perspective and flattery usually goes a long way."

6. Ask Them How They Usually Handle That Problem

If you're talking with someone that keeps complaining about one thing on a loop, ask them how they usually handle a problem like that to get them thinking of solutions. Frost offered, "Asking about coping strategies will automatically put people in problem-solving mode. And since no one wants to say, 'I don’t know how to handle this,' you’re almost guaranteed to get a positive response." It's a simple gesture, and it might get them to work it out.

7. Try To Change Your Perception Of Them

While no one likes to be brought down by the whines of negative people, it sometimes helps to shut them down to know what the root of the problem is. Just think of all the times you were rude at work because you had a lot of projects at that time to juggle, or the times you found anything to complain about just because money was a little tight. You might become more tolerable with the being-annoyed-thing if you kept in mind this person is usually pretty upbeat, but something has to be up.

Lifestyle writer Celestine Chau at Lifehack suggested, "Take responsibility for your perceptions. For every trait, you can interpret it in a positive and a negative manner. Learn to see the goodness of the person than the negative." By doing these subtle little maneuvers and nudges, you can help someone out of a black mood and shut down their negative narrative.