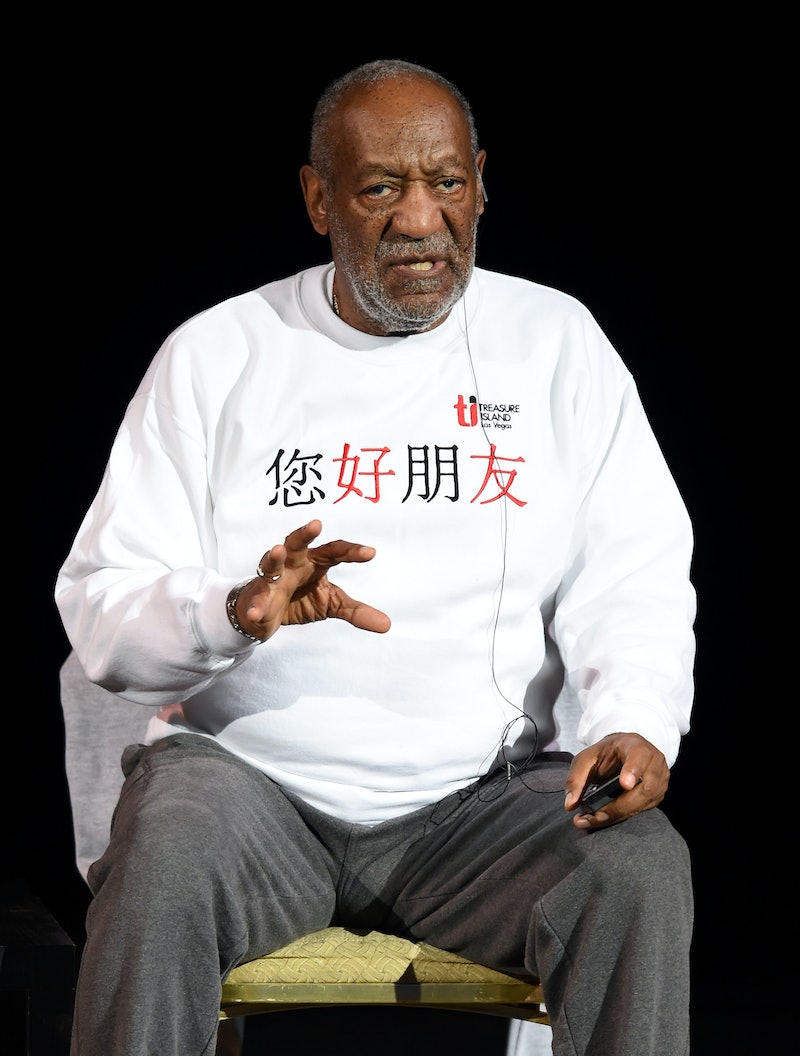 During a press conference on Wednesday morning, authorities in Montgomery County, Pennsylvania announced that Bill Cosby is being charged for alleged aggravated indecent assault, a felony in the second degree. This charge comes in response to the alleged assault of former Temple University employee Andrea Constand, which she claims took place in 2004 at Cosby’s Pennsylvania home. Authorities say Cosby's attorney has been notified and the comedian is expected to be arraigned Wednesday afternoon. Bustle has reached out to Cosby’s lawyer for comment, but has not yet heard back.

“Upon examination of all of the evidence, today we are able to seek justice on behalf of Mr. Cosby's victim,” said Kevin Steele, first assistant district attorney and incoming DA. Cosby allegedly drugged and violated the victim in his home, where he allegedly urged her to drink wine and take pills.

This case is now a decade old. In 2005, Constand first filed a civil lawsuit against Cosby, but district attorney Bruce Castor declined to charge the actor, according to NBC Philadelphia. Now, the case has been reopened in light of new evidence from over the summer, including the unsealed testimony from a previous lawsuit and the accusations from dozens of other women. In Pennsylvania, the statute of limitations for these kinds of cases is 12 years. Since the alleged assault took place in early 2004, the time to file charges was set to expire in January 2016.

Constand’s lawyer Dolores Troiani previously announced that her client would testify against Cosby in court if need be. Troiani said, “She's a very strong lady. She'll do whatever they request of her."

This news is significant, since this is the first criminal case against Cosby. To date, more than 50 women have come forward with sexual assault accusations against the comedian. Seven of those women joined together in a lawsuit against the actor, which led to Cosby countersuing them. He is also suing model Beverly Johnson for defamation, in response to her allegations.

At the end of the press conference, authorities urged anyone with more information about Cosby’s alleged assaults to come forward and contact the DA’s office.

Cosby's previous lawyer released the following statement in November 2014 when the number of allegations against the comedian began to grow:

Editor's Note: A previous version of this story read that Cosby was charged with an alleged first degree felony as that is what first assistant district attorney Kevin Steele announced during the press conference. According to a new update, this was incorrect and the charge is in the second degree.