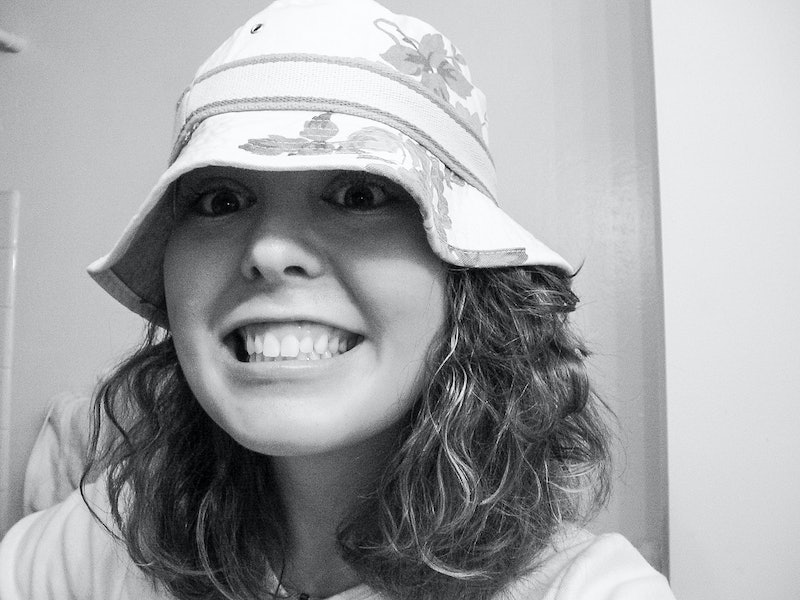 If you're a '90s kid, you're likely a big fan of the '90s renaissance society is currently experiencing. I myself fall into that camp, but I confess that my enjoyment is two-pronged — it's not just because I love the '90s stuff we're bringing back, but it's also because that stuff distracts everyone from all of the regretful things we did in the '90s. It's only natural. After all, it was a decade that bestowed upon the world so many gifts that keep on giving! We were due a few missteps along the way to nostalgic immortality.

Personally, I probably spent much of the decade doing things I didn't realize at the time would later strike me as incredibly embarrassing. Hindsight is 20/20, as they say. Still, despite my unabashed proclivity for boy bands and Lisa Frank folders, I managed to have one hell of a childhood filled with amazing friends and fond memories. Perhaps that was part of the beauty of the '90s — everything was weird so nothing was. You know what I mean? Normal was totally a relative term. While today we might garner some side-eye for the questionable decisions we made back then, it was all part of finding our way in the delightfully wacky decade '90s kids know and love.

So in the spirit of embracing the bad with the good, let's poke a little lighthearted fun at some of the unfortunate fads, fashions, and trends popular in the '90s.

Not only was shellacking your body in glitter acceptable in the '90s, it was downright encouraged. To this end, we were armed with an arsenal of sparkly supplies — powder glitter, glitter gel, roll-on glitter, spray glitter, hair glitter. So heavy handed with the glitter I was back in the day, you probably could have strung me to the ceiling and slow-danced beneath me like a living, breathing disco ball.

Dear Mom, let the record show that I am officially conceding this point. You were right. I was wrong. No one needs pants with 50-inch leg openings, unless said person is joining the circus and requires the denim equivalent of a clown car. I've long since lost count of how many faceplants in front of crushes and crowds at Friday night football games I endured due to the obnoxiously large leg holes of my then-jeans. I now see the error of my ways, and by "my ways," I clearly mean "wearing jeans roomy enough to house a small country." Yours truly, me.

If only we could get back all those hours we spent staring at the pixelated pages of a book trying to detect a sailboat or the Statue of Liberty! Who knows what we may have accomplished back then had we been able to peel ourselves away from our single-minded mission of forcing our eyes to focus on one spot for dizzying stretches of time.

Say it with me: Thank goodness full brows are back! Naturally thin eyebrows are one thing, but the '90s went overboard with the minimalist look. Everyone from Drew Barrymore to Gwen Stefani got tweezer happy, leading young girls everywhere to copy the look. I went from my untweezed state (which I would liken to looking like two rats fighting on my forehead) to a comically thin set of squiggles where my once-bushy brows used to be. Kudos to Brooke Shields for holding out, though.

Judging by our head gear back in the day, one might assume '90s kids were always on the verge of a fishing trip or golf outing. Alas, with the exception of those few times we actually did head into the great outdoors to go camping or hit the links, we just had inexplicably odd taste in hats.

Kids don't still do this, do they? Why did we think dabbling in the occult was such a super fun way to pass our time? Between Ouija Boards and "Light as a Feather, Stiff as a Board," it's a wonder any of us made it out of the decade without some serious supernatural side effects. Or, at the very least, more substantial injuries incurred after freaking ourselves out trying to commune with spirits from the other side. (Just ask the scar on my elbow.)

Now that I've had time and distance to reflect upon the many poor nutritional decisions I made during the '90s, I have to wonder if some won't eventually come back to haunt me. I mean, c'mon. What good could possibly come from ingesting a drink with tiny little balls floating around inside of it? In addition to being the tapioca of the beverage world, Orbitz remains a gastronomical mystery.

Oh, how it pains me to admit that I once fell prey to the fad that was pacifiers. While they were purely ornamental, that does little to assuage the intense feeling of facepalm-ness triggered by memories of wearing a plastic pink pacifier necklace for more than a hot minute in the '90s. Now, if you'll excuse me, I'm going to go hide my face until my self-infantilizing phase fades from memory.