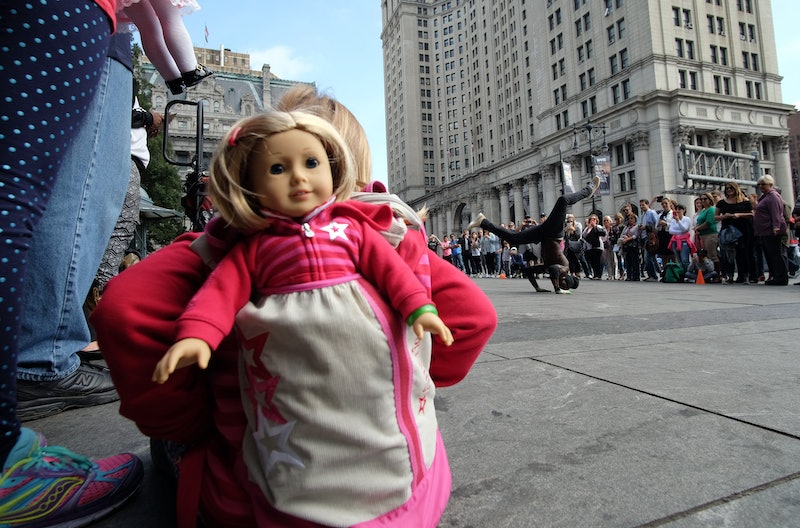 In a Facebook post, Busse says that the new kits, which will retail on the American Girl website and in stores for $24, include an “insulin pump, glucose meter, lancing device, insulin pen, glucose tablets, medical alert bracelet, insulin pump skin stickers, diabetes log book, and a bag.” These diabetes kits will join the doll company’s already extensive line of accessories, which includes hearing aids, wheelchairs, and allergy shots. American Girl will also be adding arm crutches to the line on January 1.

In a statement to the L.A. Times, Stephanie Spanos, an American Girl spokeswoman, said, “American Girl has a long history of creating items that speak to diversity and inclusion, and the diabetes care kit is yet another way we are expanding in this important area.”

Many excited American Girl doll fans have taken to Facebook and Twitter to praise the addition. One mom with a 9-year-old daughter with type 1 diabetes wrote on Busse’s Facebook page, “As a mom of a 9 year old t1, I NEVER want her to feel alone. Having this available not only helps reinforce this but also raises awareness.” Another commenter wrote, “This is so important to the young girls fighting Diabetes!”

Anja’s mother, Ingrid, said of her daughter’s campaign, “She wanted her doll to be like her, but she also wanted other kids to know they’re not alone.” She added, “It’s just amazing. We’re really excited.”