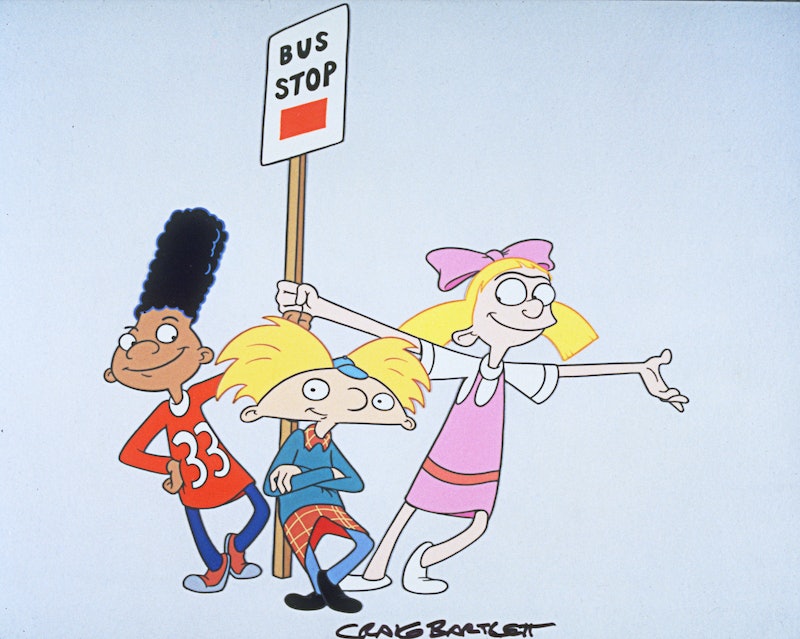 This was the year of television revivals and reunions. Every month it seemed like we got an updated glimpse of an old favorite. The trailer for Fuller House debuted. There was a Good Burger reunion on The Tonight Show. There was even a book about grown up Clarissa from Clarissa Explains It All. Our society has been obsessed with nostalgia for some time and in 2015, our obsession paid off. Even cult classics like Mr. Show With Bob And David got a Netflix reboot. The entertainment industry finally realized that they should give the people what they want and what they want is revivals of '90s shows. So, in light of all that, there are some '90s shows that need to make a comeback in 2016, because they somehow haven't yet.

The '90s were a treasure trove of TV classics. There weren't necessarily as many high-brow shows like we have today. HBO was still fairly new then, after all. However, there were plenty of great sitcoms, cartoons, and family programming. With several reboots to look forward to, it's exciting to think of what 2016 might bring. Depending on the success of the rapidly approaching relaunches — The X-Files comes back for a limited run next month and Fuller House drops on Netflix in February — we might start seeing even more beloved shows come back. Could there be more revivals on the horizon? Here's a few '90s shows that deserve a revival in 2016.

Hey Arnold! is a timeless classic. It was the perfect Saturday morning cartoon, funny enough that both kids and their parents liked it. This would be such an easy show to bring back. Let today's youth see what the golden age of cartoons looked like.

OK, this could go horribly wrong, but I would totally watch a show that followed Lizzie and co. trying to navigate their 20s. Lizzie could go on bad Tinder dates. and Miranda could have a fledgling fashion career. Come on, Netflix! Get this in the works.

Can you even imagine how great this would be? Shia LaBeouf is into revisiting his old work right now, so, Disney should pounce on that opportunity. What are adult Ren, Louis and Donnie up to? It could be a fascinating character study.

Doug aired on both Disney and Nick at different times, so, I'm not sure who would have dibs on a revival. Doug is another cartoon that would fit flawlessly into children's programming today. It was definitely of the '90s, but a few tweaks could easily bring it in to 2016.

They need to do a revival now because young people don't know what it is anymore. Also because it was a fantastic show, and the actors had such amazing chemistry. Bring it back!

Because there isn't enough Sarah Michelle Gellar in the world anymore. Whether they followed the cast as adults or they just relaunched the show, people would watch and, if Joss Whedon was involved, it would probably be great.

It was Saturday Night Live for kids. It was silly, great, and funny enough that lines are still quoted today ("Quiet! This is a library!"). All That gave us Nick Cannon, Kenan Thompson, and Amanda Bynes. Nickelodeon should absolutely give All That another run.

So, the series finale gave us a pretty good idea of where everyone ended up (and who they ended up with), but more is more. How did Dawson's meeting with Spielberg go? Did Joey and Pacey get married? How is Jack doing as a father? There are lingering questions!

The short-lived cult classic gave us Claire Danes and Jared Leto! Whether it was a reunion special, or a complete relaunch with new actors, My So-Called Life would be a great candidate for a second chance. I'm all in for a 2016 interpretation of Angela Chase.

If the current slate of revivals, reunions and reboots go well, we can only hope that more will follow.