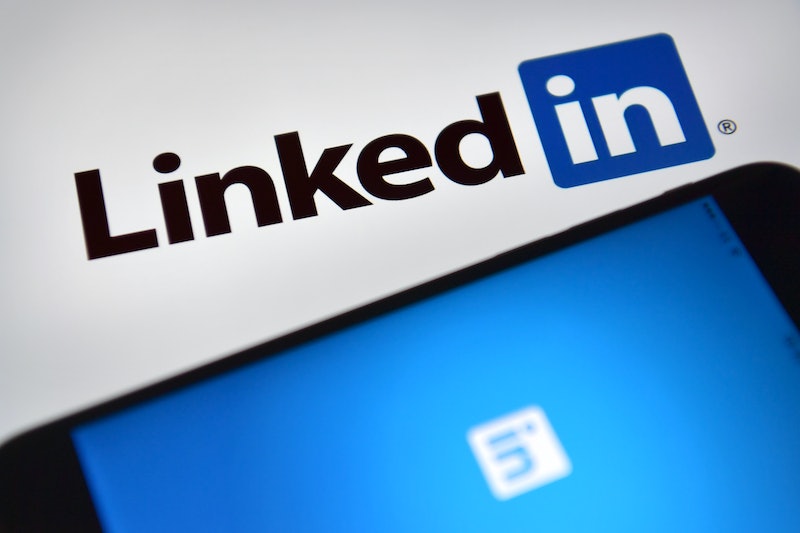 Over the past few weeks, perhaps due to many students being on vacation or recently graduating, I've been confronted with some of the most common LinkedIn mistakes people make. When several recent grads messaged me asking for jobs at the publications I write for, I wondered what on Earth made them think that would work. But as I scrolled through my inbox, I realized that — the horror! — I too had once asked complete strangers for jobs over LinkedIn. Being on the other side of that behavior has helped me see how it can actually put off the person you're trying to ingratiate — as do a lot of things people do on LinkedIn.

I have personally found LinkedIn extremely useful for finding jobs and people to collaborate with. But there's definitely a steep learning curve. Back in college, I was one of those A-holes who let LinkedIn invite every single person I had ever emailed to join me on the site without actually using it myself. Now, I have over 1,000 connections and rank in the top eight percent among my connections for profile views, and LinkedIn has deemed my profile "all star" level with whatever magical algorithm it uses. So, I must have learned a thing or two.

Here are some mistakes I've made and seen others make on LinkedIn and what I'd suggest doing instead.

1. Messaging Someone Out Of The Blue

Before you message a stranger, try to find some connection, whether that's a mutual contact who can give you an introduction, a LinkedIn group you're both in, or a school you both attended. It's human nature to feel morally obligated to someone we have something in common with. A complete stranger? Not so much.

2. Outright Asking For A Job

Even if you cushion your request by talking about how much you love the company and want to learn more about it, it's usually apparent when you just want a job. The only exception to the "don't ask for a job" rule is when you're emailing an HR manager to follow up about a job you just applied for or to ask about job opportunities at their company (though you should first check if they're listed online — they usually are). People who don't know you and are not involved in hiring decisions usually can't help you. You can, however, message someone who works for a company you'd like to work for and ask if you could talk about their career path and what advice they might offer to someone who wants to one day be where they are. Make it about them, not you.

I often receive vague messages from recruiters saying they're "interested in my background" or aspiring writers saying they're "impressed by my work." I can usually tell these people only gave me profile a quick glance. If you want someone to take time out of their day to consider you, it's courteous to take enough time yourself to write something personalized.

4. Asking For Help And Offering Nothing In Return

When people ask me for someone's contact information or a favor, it comes off imposing. But recently, someone messaged me to ask for the email address of a contact of mine and told me where she had contacts so that I could also get something out of it. It worked. In some cases (such as when you're a recent college grad), you don't have much to offer, but you can at least compliment the person and show you've done your research on them. Flattery can be enough of a reward for some people.

5. Letting LinkedIn Autofill Your Title With Your Current Job

When you update your job, LinkedIn automatically checks a box that puts that job title next to your name on your profile. If it captures what you want people to know about you, you can leave it, but you also have the option to add a more general description that describes your line of work (mine has "writer, editor, and communications strategist") or your accomplishments (one of my friends had "with master's degree" after his job role).

6. Listing Everything You've Ever Done

As with your resume, too much information can be confusing to wade through, and LinkedIn compounds that issue since you can't use small font or organize your job roles the way you might on a resume. LinkedIn also automatically fills in the top of your profile with your most recent work and education, so if you just took one class after college, for example, you may not want that institution taking the place of your actual alma mater under "education." Especially when you're new to the workforce, it can feel like you need to let people know every single thing you've ever done, but it can actually call attention to your inexperience if you list college clubs or month-long jobs.

Remember what I said about not messaging people completely out of the blue? "Find alumni" is one of your best paths out of that trap. People often feel a sense of camaraderie when they share an alma mater, even if their years didn't overlap. Some of the most important relationships I've started on LinkedIn were with people I found through the "Find Alumni" feature, which lets you search for people from your school who work at specific companies or in specific locations. "It's like an in-depth yearbook," career expert Kim Brown told Business Insider .

The biggest mistake people make with LinkedIn is not using it. LinkedIn is a good way to research companies, apply for jobs, and meet people who could help you in your career. I myself got an internship after messaging a fellow alum from my college on LinkedIn, talking to her about her career path, and mentioning afterward that I'd be interested in openings at her company. I also got a job by having a friend introduce me to an HR manager on LinkedIn and another by applying through the site. I've also met people in my industry who have become great friends and role models. LinkedIn can do a lot for you if you know how to use it.