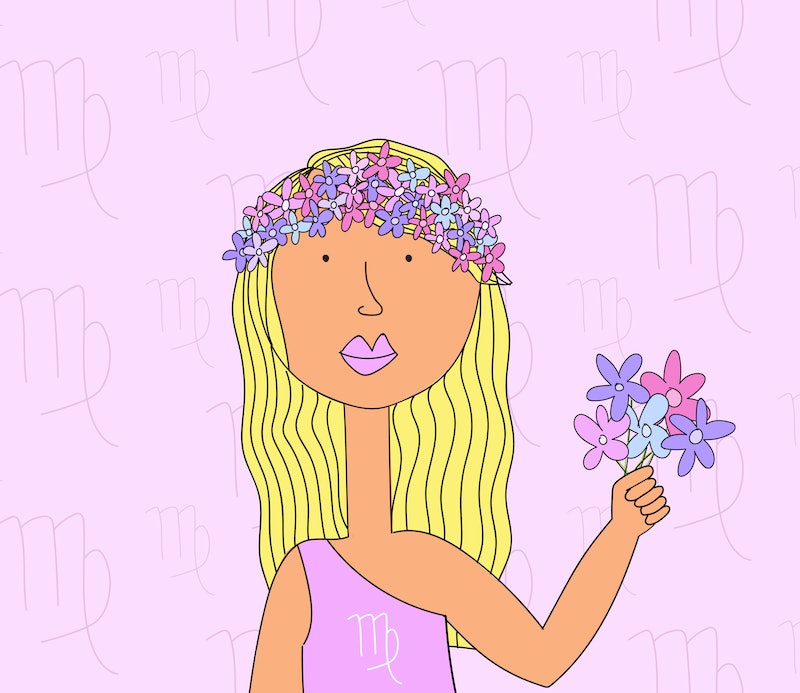 Every year when I go home for the holidays, my sassy, kind-hearted, and eccentric mom always asks if I’d like hear my astrological predictions for the new year ahead. Most of the time, I happily oblige, and though I don’t always believe what she says, there’s something quite wonderful — and inspiring, even—hearing about what the planets say may come my way. Though unlike seeing a tarot card reader or a psychic, astrology doesn’t predict our futures or tell us when we’ll meet our spouses or get that promotion, but instead, they tell us about the influences from the solar system above that may guide our direction.

And hopefully, give us a little help in the love department in 2016. When my mom gives chart readings via her company, The Traveling Sage Astrology, she says everyone — and she means everyone — wants to know about dating, love, or marriage. It’s an innate human nature to want to share your time with someone who cares about you and vice versa, so it makes sense why of all the questions that Venus, Mars, or Mercury could answer, the one about love is the one that’s asked the most.

So what’s going to happen this year for you? Over wine, I chatted with my mom about love life indications for singles in 2016, along with some lucky months to set a Google calendar reminder for. Thanks mom!

This could be the year that a friendship turns into more for Aries, mom says. “They want to meet someone who will share their sense of adventure, while also giving them a lot of freedom,” she says. “You’ll find yourself attracted to someone who thinks outside of the box and commands their own presence and beliefs.” You could gradually learn over the year that someone who has been your partner in crime could develop into something deeper, and possibly, even a long-term relationship. If you don’t have someone like that in your life, mom says to sign up for a trapeze class, try skydiving or get your scuba diving certification — any type of adventure experience that you’ve been thinking about doing but haven’t pulled the trigger on. This will put you in front of someone with a similar flair for excitement.

In 2016, Taurus will reap the rewards of what they’ve been focusing on in years past, mom says. Since you’ve figured out that you need more stability and grounding, you’ll be attracted to someone who is more practical and can share your same preferences and interests. “It might be a good idea for a Taurus to spend more time outdoors or sign up for cooking classes or anything that engages their Earthy nature,” she says. If you’ve been hoping for a relationship of significance, this just might be the year that you get it.

Hope you’re reading Gemini, because this is the year of lots and lots of dates, mom says. “They’ll be out there quite a lot and likely, not taking anything too serious this year,” she says. “You are more interested in trying new things, taking short trips and being spontaneous than settling into a committed relationship.” But if you do want to have a friend that could turn into more (when it feels right, of course), mom suggests saying ‘yes’ to those last-minute plans that come up throughout the year or trying out a trivia night at a local pub. “You really need communication and a fun-loving, playful person, so keep your eye out for someone who fits the bill,” she says.

In 2016, you won’t be find hitting the clubs or going out late, Cancer. Instead, this is the year of nesting for you. “It’s possible that Cancers will experience a relationship that quickly moves from dating to serious, to even marriage and children,” she says. “You are at the stage in your life where you’re ready for something more reliable, mature and stable to build a life with.” Because your friends and family are very important to you, it’s likely that they’ll introduce you to this person that will instantly fit right in with your couch, your Netflix que and your preferred spooning position.

You’re about to have a lot of fun this year, Leo! “You’re kind of open to see where something could go, but you’re not ready for commitment and thinking too far ahead,” mom says. “And that’s okay! In 2016, you might thrive on the drama of dating.” But not the bad drama, she clarifies, but the fiery, passionate, enthusiastic type of person who keeps your constantly engaged and interested. This year, you may only get as far as friends-with-benefits but you’ll have a hell of a lot of fun along the way. As for where to meet them? Involve yourself into the live entertainment of some sort - theater, movies, ballet, opera, comedy or improv shows.

Things are looking rosy for you Virgo - just how you like the view. “It’s a good year because you’ll be filled with a renewed optimism and many opportunities to meet someone,” mom says. “But the key may be making sure you take advantage of them as they come along.” Travel will be a big part of your life in 2016, and it’ll be important for you to keep an eye out in your own city and in all of the ones you visit. “You’ll meet someone who is independent, energetic and isn’t afraid to go after you,” she says. “And it might happen because you book a last-minute trip with friends or get sent somewhere for work.” When you’re away from your typical schedule, Virgo, you’re able to really let your light shine instead of being buried in the details of your day-to-day.

Hate to break it to you Libra, but this might not be the year of relationships. “2016 will be challenging because the energy around you is all about being free,” mom says. “You might meet a lot of people, but they won’t want to be in anything serious.” Don’t let it get you down, though, she suggests investing in your own sense of independence and learn how to rely on yourself instead of others. “This will help you in years to come when the energy shifts toward a good time for you to meet someone wonderful,” she says.

It’s hard for you to let go of control in every aspect of your life — especially in dating — but this will be the year you learn how to surrender. “Things always work out how they’re supposed to and now will be the time that you need to practice having more faith,” mom says. When you’re into someone this year, she says no double-texting, no chasing, no playing along with games. “You have to let them chase you and let them show you who they are instead of trying to control it,” she says. As for meeting someone, mom says it might actually be a year where you really release the past (or present relationship) to make room for something better to come.

You’ve been feeling like you need more discipline in your dating life for a while now, with your freedom, adventure-loving spirit, but in 2016, you’ll actually make the moves. “Time to get focused and organized and truly serious about relationships if you want something to stick,” she says. “You have the opportunity for a healthy long-term relationship or even marriage, but it’ll be about making it a priority and sticking up for what you really want instead of wasting time.” Check off those things on your list that you keep meaning to do but haven’t — taking a personal finance class or buying an expensive ticket to a gala because you’ve wanted to go — and you may just meet someone by attending them.

It’s likely that you’ve felt like your life has been full of big, big changes over the past years, and mom says that’s going to continue in 2016. “The more that you can move with the flow and embrace the transformations, the better off you will be,” she says. “Focus on things and people that will help you remain calm and centered and give you the opportunity to build your life together.” It’s important to you take risks and put yourself in typically uncomfortable situations if you want to meet someone special. “If you wouldn’t normally go out dancing at 11 p.m. at night, now is the time to put on those dancing shoes and just go,” she says. “You’ll be glad you did.”

You’re not really looking for a relationship this year, but you will have more dates than you’ll ever expect. “The dates will all be very intense, emotional and fun,” she says. “You’ll date all sorts of people and feel like you’re meeting people everywhere, but you won’t really want something long-term with anyone.” Instead, 2016 will present you with a wide variety of people to really help you understand what matters to you in a future partner. “Just go out and be available,” she says. “The rest will work itself out.”

If you’ve always been negative about the idea of creating a vision board for love, give it a chance in 2016. “You’re going to be in your head a little bit, dreaming away,” mom says. “It could be very powerful for you to manifest the type of person and relationship you want and focus on that positive energy to bring it to you.” Chances are you’ll meet someone who is the total opposite of what you usually go for, but the relationship will create unexpected joy in your life. To meet this person, try going to a live concert or any type of music venue.

More like this
The 3 Zodiac Signs Most Likely To Get Married Later In Life
By Kristine Fellizar
4 Zodiac Signs That Will Take Forever To Admit They Like You
By Kristine Fellizar
Here's Your Horoscope For February 2023
By Alexandria Lettman
Here’s Your Daily Horoscope For February 1, 2023
By Mecca Woods
Get Even More From Bustle — Sign Up For The Newsletter
From hair trends to relationship advice, our daily newsletter has everything you need to sound like a person who’s on TikTok, even if you aren’t.