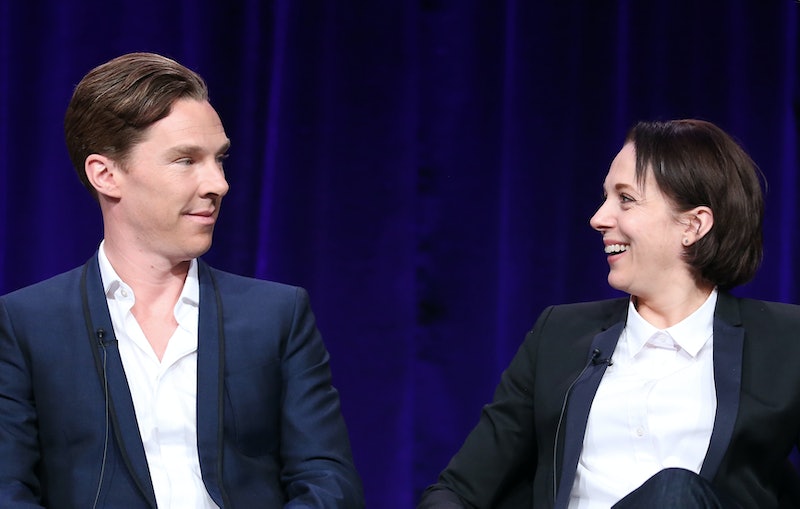 Oh my god, is it happening? Is it happening already?? Sherlock's third season just finished airing in the UK and just started airing in the US, but could it be time, already? Do we have a Sherlock Season 4 air date? It seems too good to be true, given that we only found out about the Season 3 air date maybe three months before it actually aired, but rumor has it co-creators Mark Gatiss and Steven Moffat are looking to air Sherlock Season 4 around Christmas of 2014.

Guys, that's less than a year away! Granted, this news seems to be coming from The Sun, which is not a publication to automatically trust, with a little extra push from Yahoo! News UK, so take this one with a relative grain of sand because I wouldn't be at all surprised if Gatiss or Moffat spoke up and put the kibosh on our dreams, as they are wont to do from time to time. But what if???Another fun thing in Sherlock this week? Benedict Cumberbatch — along with Amanda Abbington!! — stopped by the PBS TCA panel on Monday. Here's my favorite bit from Deadline's coverage of the event:

Someone with him onstage noted BBC reportedly has said they’ll continue making [Sherlock episodes] until Cumberbatch gets too famous and refuses. “Why is it always me,” Cuberbatch complained/simpered.

Oh, Benedict. It's because of the cheekbones, dear. And the A+ acting.