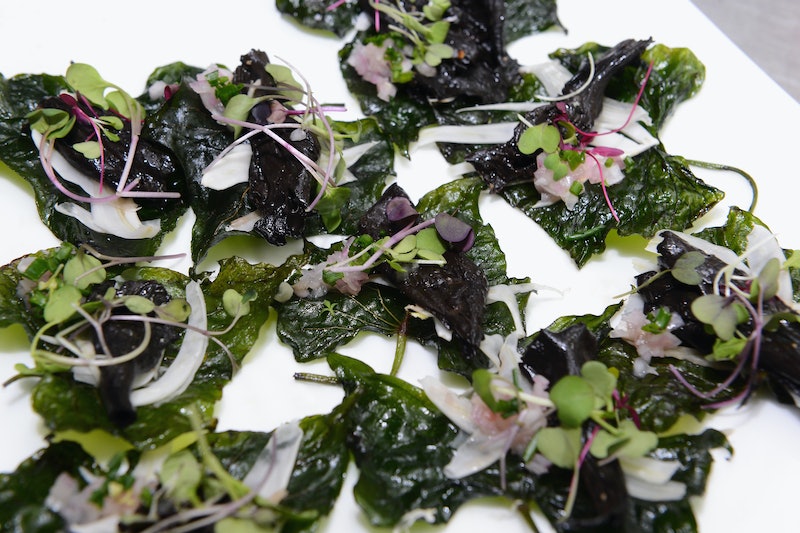 Yesterday, BBC News Magazine announced “The Rise of The Part-Time Vegan,” pointing out that the number of people who have been dabbling in veganism has increased. For the 1% of you who don’t know, veganism means eating no animal products — no meat, no fish, no eggs, no dairy, and sometimes even no honey if you're hard core. In the UK, 40% more people pledged to go vegan for January 2013 than in 2012, and this month the Veganuary campaign has already seen 3,200 signatures, according to organizers. These dabblers, who are also called flexitarians, have been on the rise in the US as well, especially after Mark Bittman started a fad diet with his piece in the New York Times entitled “Vegan Before 6,” encouraging readers to cut animal products from their diet for the first part of their day.

According to the Vegetarian Resource group, there are two million full-time vegans in the United States — but for the rest of us, veganism can sound like a daunting commitment. Part-time veganism is, of course, much easier, though participants tend to change their eating habits for health reasons — whether it is to lower cholesterol, detox, or lose weight — and not for the ethical motivations associated with veganism, such as animal rights or environmental sustainability. Still, Juliet Gellatley, director of the vegan and vegetarian group Viva, told BBC, “once people turn to veganism, they usually open their minds to the other issue[s] too.”

BBC News Magazine credits some of this surge in part-time veganism to celebrity promotion. Power couple Beyonce and Jay-Z went vegan for twenty-two days in December for a “spiritual and physical challenge”. In 2009, Sir Paul McCartney and Stella McCartney launched a Meat Free Monday campaign, and though it aims to reduce carbon footprint, it also contributes to the flexitarian cause. Furthermore, the vegan diets of certain wealthy and/or important men such as Bill Clinton, James Cameron, and Bill Gates have helped take way any emasculating fear for flexitarian men of not being able to grill slabs of meat whilst pounding their chest and burping loudly.

No matter the reason behind someone’s partial veganism, it’s a great way to be more aware of what you are putting in your body and will hopefully change your eating habits for the better. I personally tried to become vegan about four years ago and caved after a few days (did you know there is egg in some salad dressing? I mean, come on), but I have been a vegetarian ever since. Whether you attempt to be vegan for part of the day, for a week, or only on weekends, I encourage you to try it. It’s a great challenge that can lead you to yummy recipes and new restaurants while you are helping save the planet. Plus, if you ever hang out with Beyonce, you’ll have a something to talk about and you will probably become best friends. Maybe.