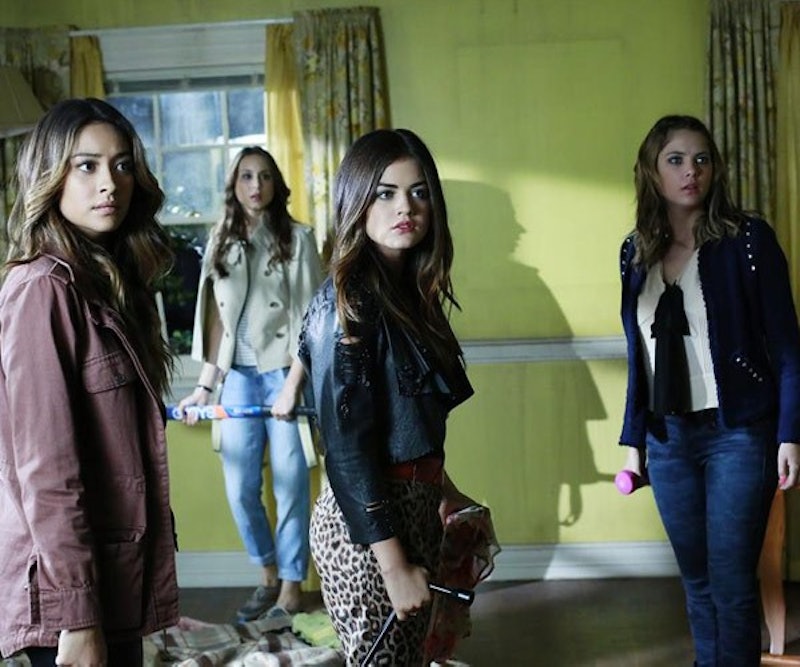 Last week, the Pretty Little Liars went on a road trip, lost Ali's journal, hung out in EzrA's cabin, and failed to reach their destination. It was a big pile of fail. This week, the Liars give the Busy Bee Inn road trip plan another shot. If the first road trip to a creepy hotel isn't a success, try, try again. And, hey! It works. When they arrive at the BBI, they find: a discarded dress (creepy), a broken window (creepy!), AND A MESSAGE ON THE WALL (CREEPY!!!).

So, that's what "A" has been up to, but what's the latest and greatest with the Liars?

More like this
Everything To Know About The 'Pretty Little Liars' Reboot On HBO Max
By Mary Kate McGrath and Jack Irvin
“The Door Is Always Open” For Another 'Breaking Bad' Spin-Off, Says AMC Boss
By El Hunt
Regé-Jean Page Spoke Out On His Rumoured 'Bridgerton' Return
By El Hunt and Maxine Harrison
'Stranger Things' Season 4 Volume 2 Trailer Teases New Episodes Coming July 1
By Grace Wehniainen and Gabrielle Bondi
Get Even More From Bustle — Sign Up For The Newsletter