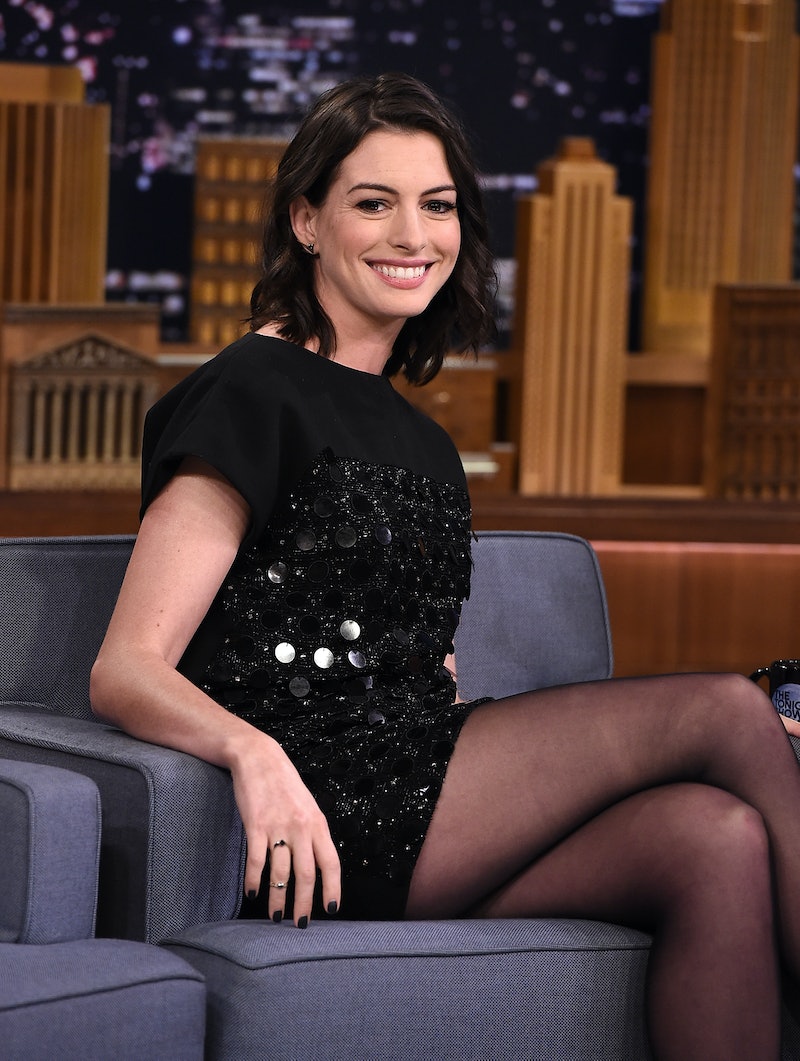 Is there anyone out there who is still perpetuating the Hathahate? Because I think we're way past the due date on that nonsense. Allow me to inform you why Anne Hathaway should be your personal hero. Early Monday morning, Hathaway posted a bikini picture on Instagram — and it is going to inspire you. Not because it's a bikini picture, which aren't exactly uncommon faire on Instagram, but because it's her bikini picture. One that she took with her own permission, to tell her own story, when she realized that she was being photographed by paparazzi against her will. It was an empowering shot to take at the paps, and an inspiring move to make before her followers that emphasizes the importance of consent in all things, even photographs.

"Happy 2016 to my beautiful Instafriends! So, posting a bikini pic is a little out of character for me, but just now while I was at the beach I noticed I was being photographed," wrote Hathaway in the caption to the picture. "I figure if this kind of photo is going to be out in the world it should at least be an image that makes me happy (and be one that was taken with my consent. And with a filter :) Wishing you love, light and blessings for the year ahead!" It doesn't matter whether or not she beat the paparazzi to the punch of publicizing pictures of her in a bikini. It doesn't matter if her simple photo is followed or preceded by a ton of other photos from less flattering angles and in less flattering lighting. The fact of the matter is that this picture is the only one of its kind, the only one taken by Hathaway, the only one that shows the face that she wants to show to the world.

It's very easy to forget that celebrities are people, since we're flooded by pictures of them in magazines, on television, and on posters that we can take home. But Hathaway is a woman like any other woman, one who doesn't deserve to look up on a vacation and realize that there are cameras invading her private time and getting ready to flood the Internet with pictures of her in her bikini, pictures that she herself wouldn't necessarily choose to publish. The fact that publishing this one was her choice, to take back some control over the situation that comes as an unfortunate consequence of fame, is so inspiring. It lets us know that, no matter who we are or what the circumstance, we have a right to control our own narrative, and we can find little ways to make our own voices heard.

Instead of waiting for the paparazzi shots to come out and letting them make her feel bad or make her feel violated, Hathaway fired back and gave us a photo that should be a goal for us all to achieve over the course of 2016. As Eleanor Roosevelt said, "No one can make you feel inferior without your consent." And, if you doubt that, just ask Anne Hathaway.