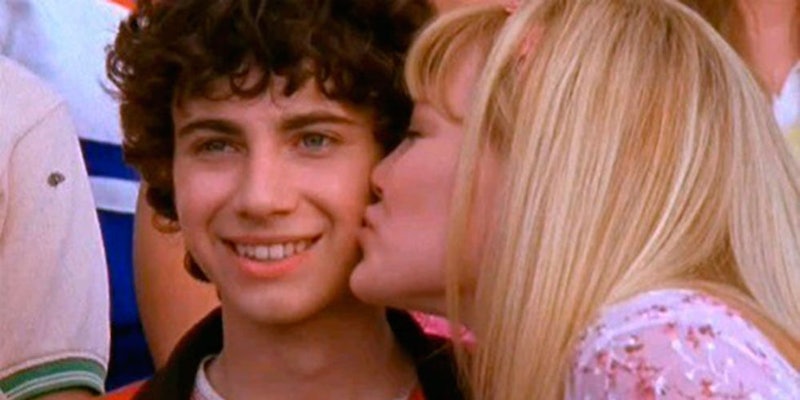 Honestly, Gordo was the perfect fictional crush. He had so much going for him at an age when girls weren't really appreciating what he had to offer. It's only with a discerning adult eye that you can realize that genuinely good guys like Gordo, who are there for you and care about you, are the ones that you'll end up finding hot over the conventionally attractive guys who won't give you the time of day. But I'm here to help you fix those mistakes, and to help you realize the innate hotness that is David Zephyr Gordon.

Those luscious curls were as wild and untamable as my love for him. Sure, Ethan's hair was, you know, beautiful and blond and moved, but I love me a man with curls.

2. He Was Always Loyal To Lizzie

While Ethan was busy gazing at himself in mirrors, Gordo was showing up for Lizzie every second of every day, even when she thought she had no one.

4. He Actually Used His Brain

I'm not saying that Ethan didn't use his brain, because he did. It's just Gordo was a straight A student who actually had a brain to use. (Shots fired.)

5. He Gave The Best Compliments

I don't even have anything to add to this. I'm just going to leave this here. Bye, Ethan.

6. He Was Willing To Admit When He Was Wrong

Agreeing with Ethan was a painful thing for Gordo to ever have to admit, but he was willing to do it. You know why? Because he could swallow his pride and admit when he was wrong or misguided. That's an attractive quality in a man.

7. He Knew What A Girl Wants

Guys, he has mini doughnuts. This debate ends here.

8. He Was Very Supportive

Alongside Miranda, Gordo made sure that, whatever it was that Lizzie was doing or trying, he was right there to be her cheering squad. With Gordo, you never have to worry about trying to impress him, because nothing impresses him and he just wants you to do you.

9. And Believed In Equality

Basically, he was a budding young feminist before we even properly knew what the word meant. You push that equality, Gordo.

10. His Facial Expressions Were Perfect

11. Because He Made Us All Cry

Gordo was just so amazing, in personality and in his regard for Lizzie, that, when they finally kissed, it was such a beautiful moment for all of us. He was never pushy or entitled, and he never tried to pressure Lizzie into being with him as so many so-called "nice guys" do on TV these days. He was just there for her, content to be her friend even when he hoped for something more that he thought he'd never get. Thus, when Lizzie finally realized he was the one for her, we were all rooting for those two crazy kids.

The debate as to whether or not Gordo was conventionally hot might rage on, but, to me, there's no room for argument. He was, hands down, the hottest guy on Lizzie McGuire, and no one will ever convince me differently.