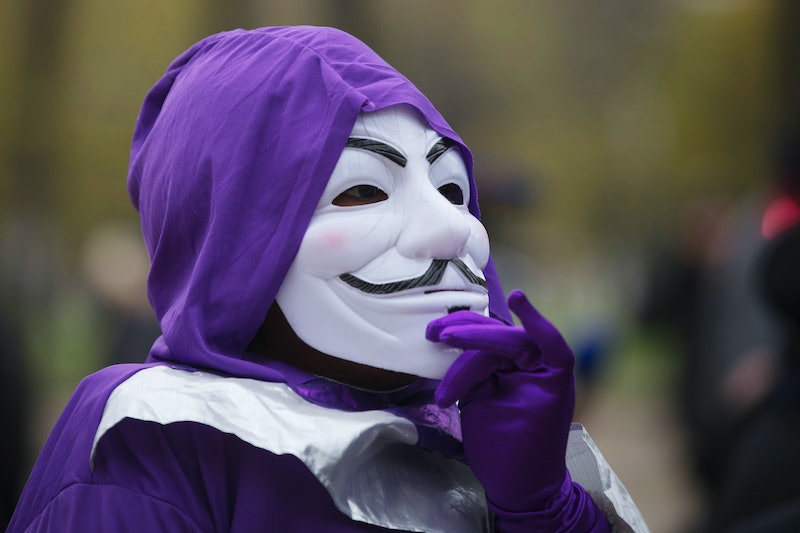 As of Monday, it's been nine days since Anonymous gave an ultimatum to the Manitowoc County Sheriff's Department in Wisconsin to release information regarding the investigation into Making A Murderer's Steve Avery. Through a Twitter account allegedly belonging to the group, Anonymous said it would release the information if the sheriff's department did not. But Anonymous' deadline has come and gone, so will any release happen at all?

The ultimatum came through the account @OPAVERYDASSEY, which has now been renamed @LtJamesLenk. All prior tweets referencing Anonymous hacking into the sheriff's office have been deleted. New tweets have been added that seem to continue addressing the officers at the sheriff's department, particularly Sgt. Andrew Colborn and Lt. James Lenk, who found the evidence pointing to Avery in the murder of photographer Theresa Halbach.

In addition to the name change, the user posted saying that GhostSec, an offshoot of Anonymous that focuses solely on taking out ISIS and Islamic extremist sites, would be taking over the hack. But GhostSec, through its Twitter account @thetrueghostsec, has denied any connection to @OPAVERYDASSEY. They pinned a tweet directing all media inquiries back to @OPAVERYDASSEY — which, again, no longer exists under that name.

Twitter user @0hour1, whom Enstarz.com reported to be a known Anonymous member, has also denied any involvement with @OPAVERYDASSEY. The account has, however, tweeted in defense of Avery and attacked the two Wisconsin officers. It has also retweeted jokes, posted screen grabs from the Netflix documentary, and commented on scanned phone logs.

The Anonymous version of the Twitter account, which still has almost 22,000 followers after the name change, had accused Colborn and Lenk of corruption and planting evidence. Both have denied the accusations. Bustle has reached out to the Manitowoc County Sheriff's Department for comment.

The Next Web and Goos3d have also reported Anonymous' involvement to be a hoax. Avery and his nephew Brendan Dassey are currently in prison for the murder of Halbach. The Netflix series has drawn lots of attention to the cases against the two. Dassey's case is being reviewed by a federal judge, but Avery has not had similar luck, and is not currently eligible for parole.

If you're not up to speed on the case, you can stream the docuseries on Netflix.