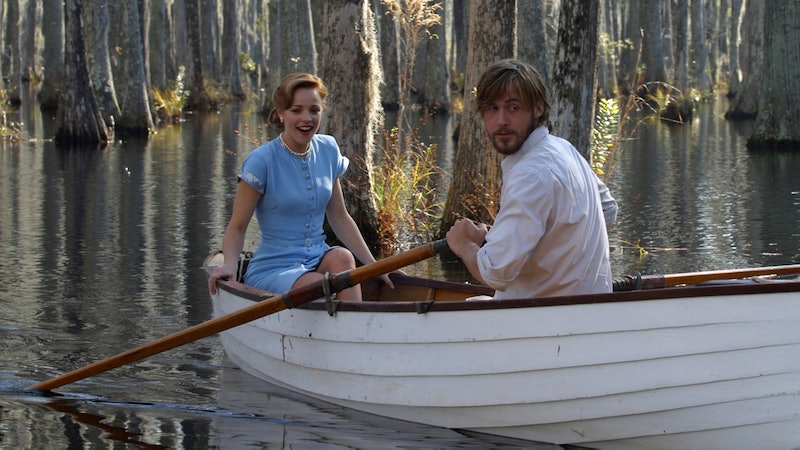 When I was a wee little lonely girl growing up in the '90s, I developed a penchant for Nora Ephron's idea of love. I was to become a passionate and emotionally unpredictable blonde with a job which was to fulfill me immensely. But this job would leave me just a serving shy of fulfillment, which would leave room of for the neurotic, charming, physically unpredictable, and sometimes bespectacled brown-haired man who would drive me crazy for a few months before winning my heart, eternally.

In my early childhood, these films gave me hope — there's more than one kind of big love. And at an age where Shakespeare's idea of love seemed too serious to be exciting, romantic comedies were just the encouragement I needed. Maybe I would't find someone who I'd see twinkle brighter than any star and who would swear me his sun and moon. But being that I was a kid, the loving yet jerk-ish Tom Hanks type was the better bet, anyway. I'd rather eat waffles with Billy Crystal than sugarplums with Prospero.

Once I got to high school, my affinity for weekend-long romantic movie binge marathons only strengthened. Suddenly Shakespeare wasn't so boring. I began to long for a love that felt life or death. The kind of love you'd stab someone over, the kind of love you couldn't breathe without. Nicholas Sparks' and James Cameron's idea of love became my idea of love. Where was my Jack? My Noah? My sinking ship? My fixer upper house and boyfriend? They were not on the JV basketball team, they were not on stage crew, they were not at the winter formal dance. What had these film directors done to me, but created a false or unattainable idea of love? How could I cast my leading man when there were no qualifiers to chose from?

Needless to say, by the time I graduated to adulthood and lived alone, amongst the population of potential cast mates, I couldn't help but search. My various cinematically inspired versions of love had melded together in to one giant conglomerate leading man who has the cleverness of Joe Fox, the severity of Edward Cullen, the unbridled passion of Noah Calhoun, the weight of Rick Blaine, and the word count of Jerry Maguire. He was, and is too good to be true. Alas, I search for hints of these characters in all of my relationships and imagine that if I ever say "yes" to a suitor, it will be the follow up to a grand filmic gesture and monologue in which that person becomes the part. If you're a romantic movie junkie like myself, you probably expect some of these things from your real-life relationships:

You don't meet the love of your life on Tinder or in your office when you're in a romantic film. You butt heads reaching for a dropped pen, get in a fender-bender, or accidentally switch jackets at a party. Your "how we met" story has to be worthy of at least a full chapter in the romance novel of your relationship. This might mean that you often dress a little too cute to go to the grocery store because you think your leading player might be there, reaching for that same last ripe avocado.

No, you don't want to meet for a drink at 10:30 p.m. at this person's local watering hole. You want to be surprised with a picnic, or hot air balloon ride, or helicopter day trip, or walk in an enchanted forest. Because ever-lasting love isn't at the bottom of an over-priced well whiskey drink in Williamsburg — it's on the tree tops, over the moon, out of the park, it's in that one place you never thought of.

A Conversation That Lasts Until Dawn

In most romantic films, there's at least one talk that involves a time-lapse. Maybe it started as a walk home and turned into a walk-across-the-city-and-watch-the-sun-rise talk that only ends when the sky is pink and there are no words left. Or maybe you talk on the phone for so long that you manage to fit in the "what's your favorite color" kinds of questions.

It's a romantic film rule that the first kiss with the love of your life must be magical. A leg must pop, your hips must swoon and you both must be left breathless. Anything short of that is shy of great love.

Sex has two speeds in romantic film: it's either in slow motion, packed with eye contact, and falling under the "make love" category, or it's wild and reckless and involved swiping all the contents of a table off in order to bone on the furniture.

After-sex, words become heavier. All leading ladies want their partner to turn to them and offer three to five compliments and at least one statement that ensures the leading woman that sex was unlike anything the potential leading partner has ever experienced. I remember one of my exes once looking at me with surprise and smiling. He looked so deep in thought, I knew that when he opened his mouth he'd tell me how amazing I was or how happy I make him. "What are you smiling at?" I asked coyly. "I just remembered that my laundry is ready to be picked up, so I won't have to wear these underwear for third day," he said.

If you're going to fight, you might as well get really passionate and red-faced about it. If you watch a lot of romantic films, you want your partner to be on the same level of intensity when you're angry. It's no fun to shout at someone who's staring at their phone or unwilling to pause their video game or turn off the shower. You want them to come out of the bathroom with suds in their hair and a few zingers of their own.

The Most Thoughtful Gift You've Ever Been Given

"I love you," is child's play. "I didn't know love like this was possible before I met you, I never dreamt I'd be capable of giving or receiving something as mind-numbingly blissful as this. I don't think I was alive before I met you," is on point.

Knock, Knock, It's Me