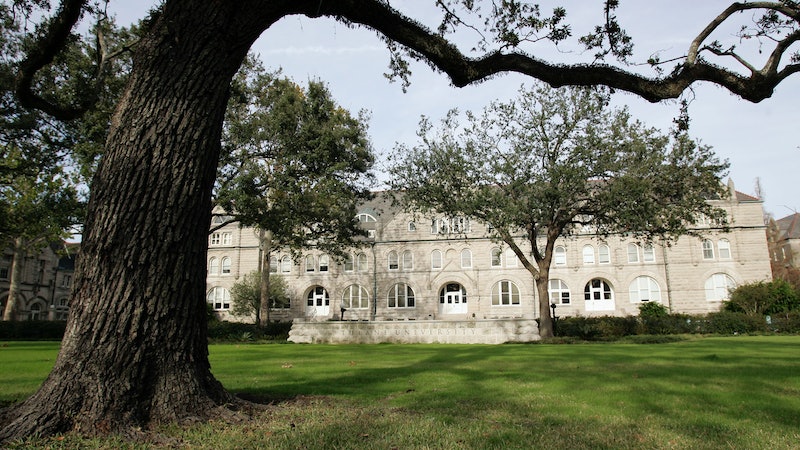 What if your dorm sister was your real sister? Sounds cray-cray, I know. But that's what happened to freshmen Mikayla Stern-Ellis and Emily Nappi when they discovered they were half sisters who shared a sperm donor.

The pair met on Facebook while looking for a roommate at Wall Residential College, where they were both studying at Tulane university. The two noticed how similar they were, almost 'natural' friends, you might say. Nappi had already found a roommate, but they kept in touch. After discovering they both had sperm donor fathers, they started to joke to people that they may be related. It was actually their mothers that pushed them to really find out. It's something straight out of MTV's Next Generation Cryo.

As Mikayla's mum, Debra Stern-Ellis said: “When she told us that they had talked a little bit and knew they both had a Colombian donor, Heidi and I said to ourselves, you know, we remember going through the donor list, and there [were] probably about 1,000 donors,” Debra Stern-Ellis said.

“We don’t really remember any [other] Colombian donors, so when Mikayla came home for winter break, we were sitting on the couch and looking at Emily’s picture and her picture, and I said to her, ‘You should text her and ask her for the donor number.’”

Mikayla Stern-Ellis sent Nappi a text message asking for her donor number to identify whether or not they shared the same genes. When they found out they did, the two students said they and their families were in awe.

“We thought [going to Tulane] she’d just find an education, but she found a sister,” Debra Stern-Ellis said.

D'aww. Now they can steal each others' shoes and argue even more legitimately about it.