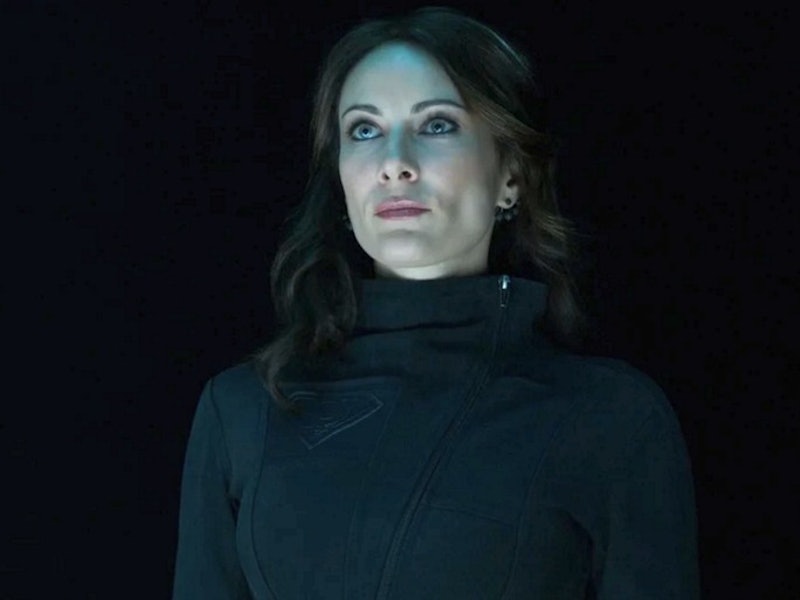 I think we can all agree that one of the most intriguing relationships to come out of Supergirl thus far is the connection between Kara and her Aunt Astra. Because despite how much their actions speak to the contrary, these two characters clearly care about each other perhaps more than they even realize. Sure, some could argue that the tender moments between Astra and Kara were all a ruse to distract our Supergirl so Non could launch an attack on Lord Technologies, but I don't think it's that simple. Those flashbacks are filled with too much raw emotion to not be real. But if that really is the case, then what is Astra's ultimate endgame on Supergirl ? Her motives may not be as villainous as they seem.

Many fans have predicted the possibility that Astra is Kara's real mother, thus explaining their closeness on Krypton. And while it's definitely a clever theory, it's one that I'm hesitant to believe, mostly because it doesn't necessarily fit with Astra's recent actions. In the midseason finale, Astra alluded to the fact that she wants to save Earth from being destroyed. But the real question is — why? What makes a powerful Kryptonian such as herself care about something as trivial as the human race? I think it's because there's someone very precious to her on this planet that she needs to find first — like a secret child.

Now, granted, I'm no expert and I certainly don't know what conditions were like in a supernatural maximum-security prison like Fort Rozz. But given that both Astra and Non were trapped there together in the Phantom Zone, it's entirely possible that she was (or became) pregnant at some point during their entrapment. Perhaps when the prisoners on Fort Rozz followed Kara to Earth, the child was lost during the commotion and has been MIA ever since. Maybe that's why the series has made such a point of showcasing Astra's relationship with Kara — to prove just how much family means to her. We've seen how dedicated Astra was to Kara, so imagine how fiercely she would try to track down her own child. (Hence why she may need Lord Technologies.)

I'm not saying that's necessarily Astra's only motivation for remaining on Earth. Based on how much she wanted to save Krypton from ecological disaster, she probably has some very sound environmental reasons to want to help as well. I'm just saying that there may be an extra layer of incentive that we're unaware of yet. I want to believe that Astra isn't as evil as she originally appeared to be and giving her motives a maternal spin would be one way of going about doing just that. (It would at the very least given her purer intentions.)

But just like with any mystery child, there's no telling what they could grow up to be capable of. He or she would undoubtedly possess special abilities of their own (perhaps even more so if it's a Phantom Zone baby) and be either a great ally or threat to Kara. Let's just hope for the sake of Astra and Kara's relationship that it turns out to be the former rather than the latter.