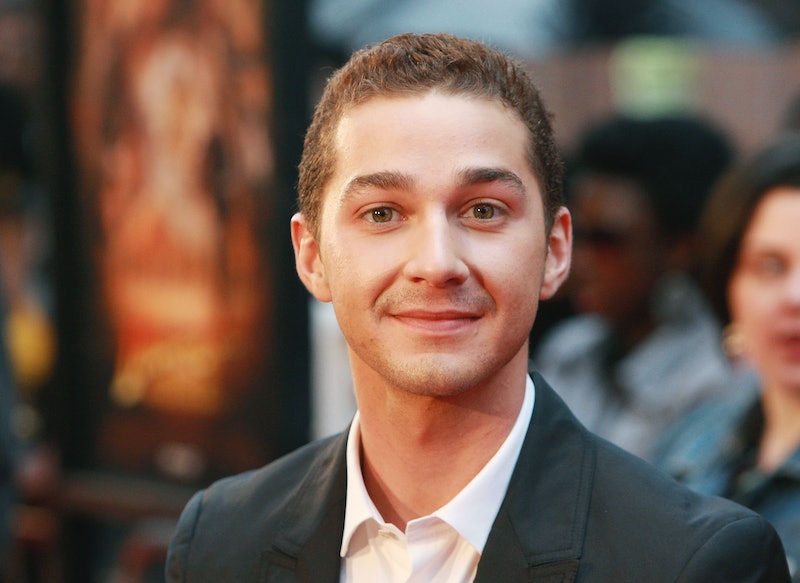 It seemed for a while that all of the Disney stars we loved watching on Saturday afternoons as a kid had suddenly, inexplicably, fallen off the deep. Amanda Bynes got several rounds of plastic surgery, started using Twitter as a way to flirt-hate with Drake, and eventually ended up in the hospital. Kristen Storm of Zenon: Girl of the 21st Century made-for-TV-movie fame was arrested for a DUI. Lalaine, who played the brunette BFF on Lizzie McGuire was arrested for meth possession. And of course, as the last year or so has shown us, Even Stevens' Shia LaBeouf has been involved in more than a handful of questionable acts. But as he recently revealed on twitter, (and quickly deleted), Shia LaBeouf's year of craziness was simply performance art. Well, DUH! Who drops acid just for fun? I mean, really...

It started after it was revealed that the actor took acid for his role in Charlie Countryman. Which is hilarious, because the character that he portrayed didn't even do acid.

“In the script, it’s Carpathian ecstasy, a special hostel ecstasy that exists in maybe just Bucharest,” the film's director Fredrik Bond explained. “So, Shia said he took acid? I didn’t know he went out and said that,” Bond said. “But it was always ecstasy in the script.”

In a dramatic third act, the actor-cum-filmmaker produced HowardCantour.com, a short film that critics quickly revealed was taken without permission from a comic by Daniel Clowes. Oops. "In my excitement and naiveté as an amateur filmmaker, I got lost in the creative process and neglected to follow proper accreditation," he said. The film was subsequently taken down.

To apologize, LaBeouf took to the sky and offered an apology written in "clouds" that simply said: I am sorry Daniel Clowes. To which a bunch of Hollywood bigheads, Lena Dunham and Seth Rogen included, said his apology was in poor taste. How did he respond? With an additional bout of plagiarism, citing yet another one of Clowes' characters, Daniel Boring, as his own.

But never fear kiddies, it appears all of this, every instance of stealing someone else's work, was entirely planned! The actor took to twitter (in lengthy tweets that have now been deleted) to explain it all, saying his twitter account is a work of "meta-modernist performance art," continuing:

"Performance art has been a way of appealing directly to a large public, as well as shocking audiences into reassessing their own notions of art and its relation to culture. All art is either plagarisum [sic] or revolution & to be revolutionary in art today, is to be reactionary. In the midst of being embroiled in acts of intended plagiarism, the world caught me & I reacted. The show began. I became completely absorbed, oblivious to things around me."

He even said his tweets have been, "broad cultural discussion that needs to be had about plagiarism in the digital age & celebrity/social media absurdity."

And the last three messages LaBeouf has tweeted has all been the same: