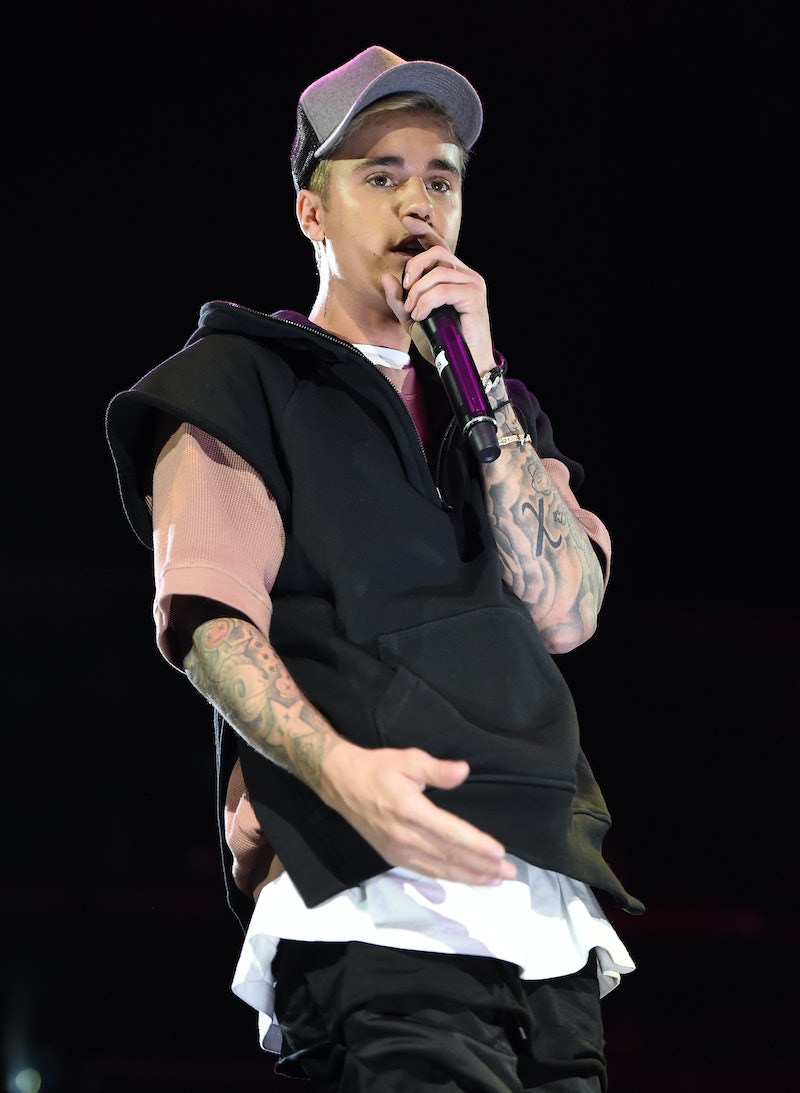 The Hollywood romance rumor mill has been churning like crazy over the wild, over-the-top PDA between Justin Bieber and Hailey Baldwin lately, leaving many to believe that they're in a relationship. Bieber has been linked to a bevy of ladies in the past few years, and it's easy to understand why: He's a global pop superstar, and he's in the prime of his life — of course he's going to go out and have fun. But for some reason, his rumored relationship with Stephen Baldwin's daughter is the one driving everyone crazy. It's actually not that surprising that these two are hanging out, given that they've known each other since 2009!

Yep, back when Bieber's career was just beginning to blossom, he was introduced to Baldwin at an event and the unearthed clip from the first meeting is hilarious. Baldwin's dad introduced the young teen to the burgeoning superstar, and they had a sufficiently awkward pubescent meeting of the ages. The Biebs did his signature hair flip, and Baldwin didn't seem super enthralled by any of it. It's unclear where the meeting took place, or if the duo hung out after their initial introduction, but it definitely makes for a LOL-worthy video.

They were also photographed together two years later, at the premiere for Bieber's movie Never Say Never. Dear old dad made sure there was no funny business, though:

While it's true they didn't have much by way of chemistry back in 2009 or 2011 (hey, how cool were you as a teenager? Probably not very!), they're grown up now and turning up the heat all over Anguilla. Check out some of their sexiest Instagram snaps:

Back When They Were "Buds"

At Least She Shares

The Apple Of His Eye

Chillin' On A Wall

Baldwin and Bieber clearly have plenty of history, so their coupling makes perfect sense. As for the future, their fans are eagerly awaiting more cute snaps of the hot new duo. Social media gods, please deliver!

More like this
Selena Gomez Reacts To TikTok Users Who Say She Shaded Hailey Bieber
By Grace Wehniainen
5 Mini Skirt Outfits To Wear, Inspired By These Brave Souls
By Avery Matera
14 Spicy Bralette Outfits For Vaxed Girl Summer, Round 2
By Avery Matera
The WAGatha Christie WhatsApp Messages Have Been Released — & They're Wild
By Sam Ramsden
Get Even More From Bustle — Sign Up For The Newsletter