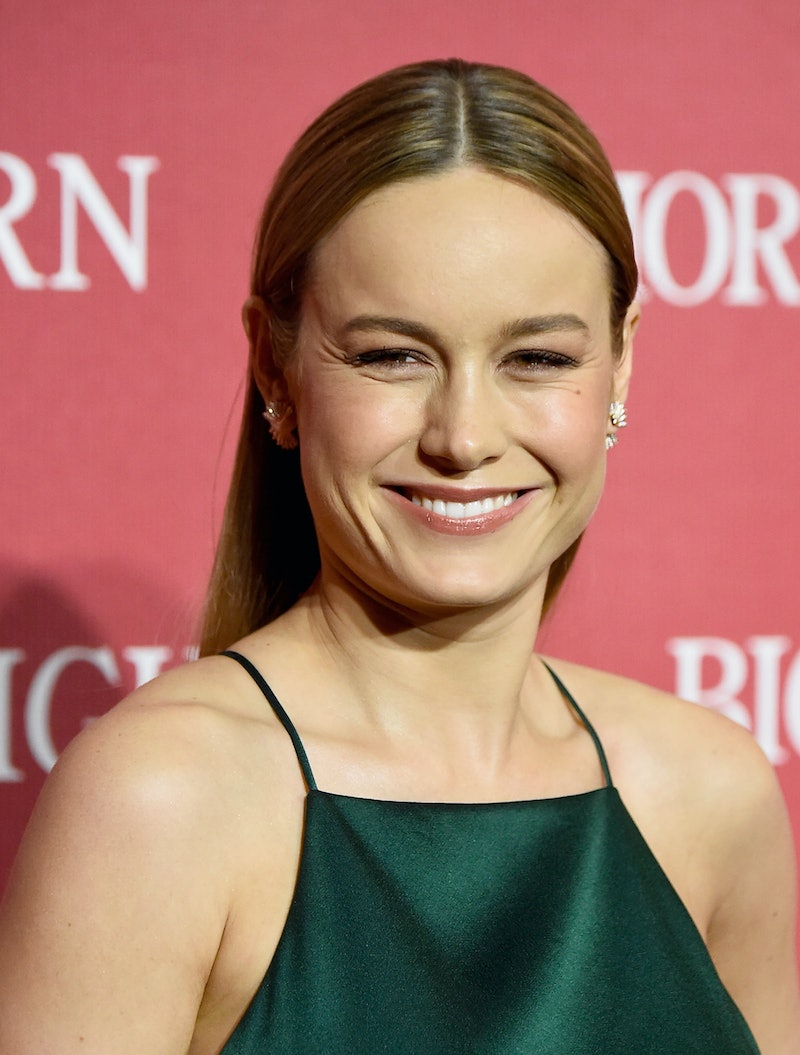 Well, it's about time. After far too many years wowing critics but not gaining fame, Brie Larson has finally made it, as shown by the events of Sunday night. Larson won the Golden Globe for Best Actress in a Drama, for her powerful work as Ma in the acclaimed film Room. It was a win that thrilled many, and Larson was clearly emotional as she accepted the award onstage.

The actor's win is especially exciting considering Larson's tough competition; the 26-year-old beat out Cate Blanchett, Rooney Mara, Alicia Vikander, and Saoirse Ronan for the honor. All of those actors gave wonderful performances in their respective films, but to many, there was no question that Larson's work as an imprisoned mother was the one to beat. Her performance has garnered rave reviews over the last few months, and Larson is considered a sure bet for an Oscar nomination when they're released next week.

Still, despite the fact that she clearly deserved the award, it was hard for some to imagine that anyone other than Blanchett would take home the Golden Globe. Blanchett's work in Carol has garnered serious acclaim, and as a Hollywood veteran, she has more clout with the voting organizations than Larson, a relative newcomer, does. There's no question that both actors' performances are deserving of recognition, but unfortunately, the Golden Globes could only choose one.

Accepting her award, Larson thanked many people, including Room author Emma Donoghue and director Lenny Abrahamson. She also thanked co-star Jacob Tremblay, who she called "half of this award, half of this performance." Awww. She also excitedly thanked mom and her boyfriend, calling the latter "my love." It was a short but sweet speech, and hopefully, it'll be the first of many for the deserving Larson this awards season.

More like this
Anya Taylor-Joy Might Be Engaged To Her Musician Beau
By Jack Irvin and Sophie McEvoy
Everything You Need To Know About The 'Knives Out' Sequel
By Grace Wehniainen
9 Photos Of Margot Robbie & Ryan Gosling As Rollerblading Barbie & Ken
By Alyssa Lapid
What Does The Presley Family Think Of 'Elvis'?
By Arya Roshanian
Get Even More From Bustle — Sign Up For The Newsletter