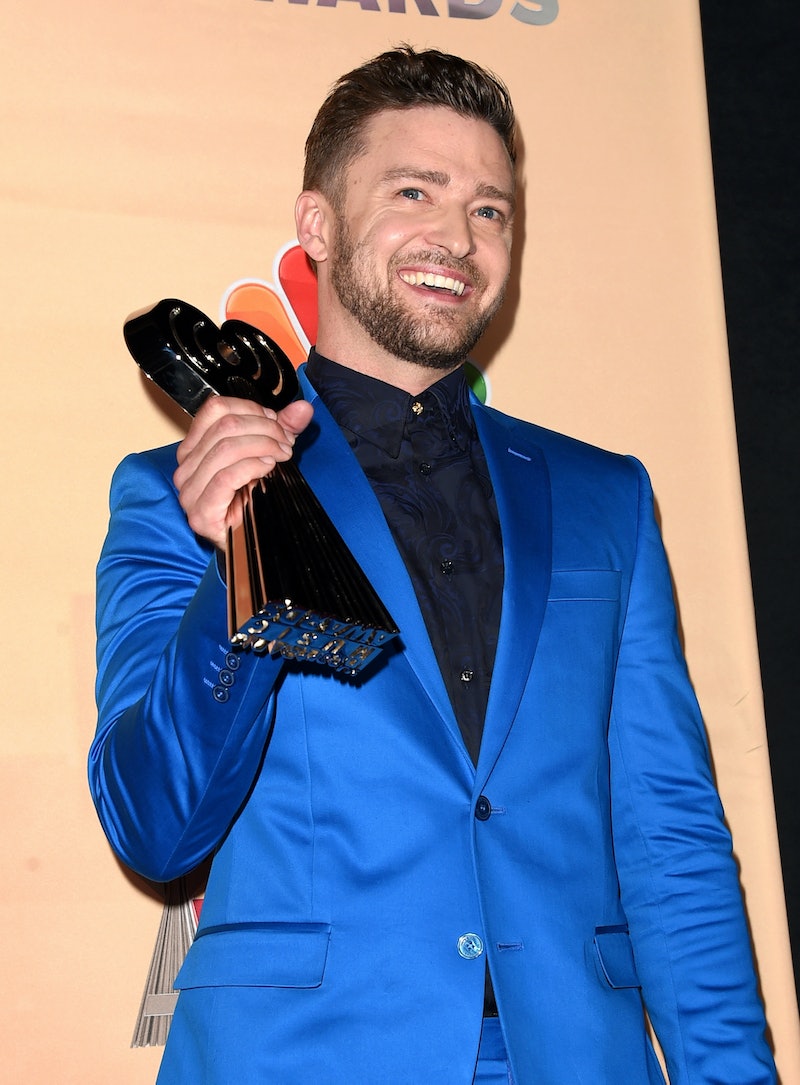 To whoever rubbed a troll doll's bejeweled bellybutton and wished for a Justin Troll-berlake Trolls soundtrack: Thank you.On Tuesday, The Hollywood Reporter announced that Justin Timberlake is the executive music producer for Trolls. Oh, but that's not all: the Grammy Award winner will also write and record tuneage for DreamWorks Animation's movie based on the iconic toy. Here’s what the ex-*NSYNCer said about the soundtrack (via THR):

I have always envisioned bringing the two worlds of film and music together for one epic event [and] couldn’t be more excited that they will collide in DreamWorks’ Trolls.

Back in September of last year, Timberlake secured a spot in the Trolls cast alongside actress/cup percussionist Anna Kendrick. The movie is slated to hit theaters this November.

Curious to hear their thoughts on the matter, I asked a few of my troll doll friends to comment on the J.T./Trollsmusic news. Troll dolls Ruby Ruettiger, Emerald Lagasse, and Topazpher Grace had a lot to say about it. Here is a transcript of my friends' conversation.

Ruby Ruettiger: “Wait, seriously? J.T.’s writing songs about us? I can dig that. I can tooootally dig that. I am all about his music. Especially that one song. The, uh… What’s it called? The one with the rain noises?”

Emerald Lagasse: “‘Cry Me A River,’ you goober. Have I told you that that song is my coworker’s ringtone? And you better believe she hasn't figured out how to put her phone on silent.”

RR: “As far as ringtones are concerned, that’s a pretty solid pick. But wait, are you sick of the song now? Did your coworker’s ringtone ruin the song for you?”

EL: “NEVER. Song is too perfect. Would I be mad if I didn’t hear the same snippet of ‘Cry Me A River’ multiple times a day? Well, no.”

RR: “Hey, do you know what J.T. song I’ve been hearing on the radio a lot lately? ‘Rock Your Body.’ Don’t get me wrong, it’s a jam, but why is it on the radio so much right now?”

EL: “You know what other early ‘00s song has been on the radio a bunch lately? ‘Behind These Hazel Eyes’ by Kelly Clarkson.”

EL: “Hey, Topazpher. You're being awfully quiet. What’s going on over there? Smurf got your tongue?”

Topazpher Grace: “Sorry. I’ve been mustering up the courage to admit something to y’all.”

EL: “Really? No need to be nervous. We’re your best friends.”

TG: “Promise to not judge me?”

RR: “Duh. Well, unless you say something rude about ‘Cry Me A River.’ I will judge you hardcore if you snark on that song.”

EL: “Stop, Ruby. And come on, Topazpher. We're troll dolls, not comment thread trolls. You know as well as we do that a troll doll zone is always a no judgement zone.”

TG: “OK. So, um. I’m just going to come right out and say it: I submitted a few demos to DreamWorks for the soundtrack.”

EL: “No judgement! I just didn’t know you were a musician.”

TG: “Yeah, well. If the soundtrack was going to go to a non-troll doll, I’m glad it went to Justin Timberlake. Always really liked his impression of an action figure.”

TG: “Wait, are either of you going to be in the movie?”

RR: “Nah. I forgot to submit my headshot and resumé before the deadline.”

TG: “Oh. Well, I made it through the first round of auditions…”

TG: “…but they cut me after that. I guess Trolls and me aren’t meant to be.”

TG: “Do you want to hear one of the songs I submitted to the Trolls movie?”

TG: [Grabs pan flute.] “OK, this one is called ‘The Troll’s Dirge.’” [Plays a 5-minute song on the pan flute. It’s a somber tune that sounds like something you might hear at a Renaissance festival.]

EL: [Dabs at tears with tissue.] "Yeah, that's probably a good place to end this conversation."