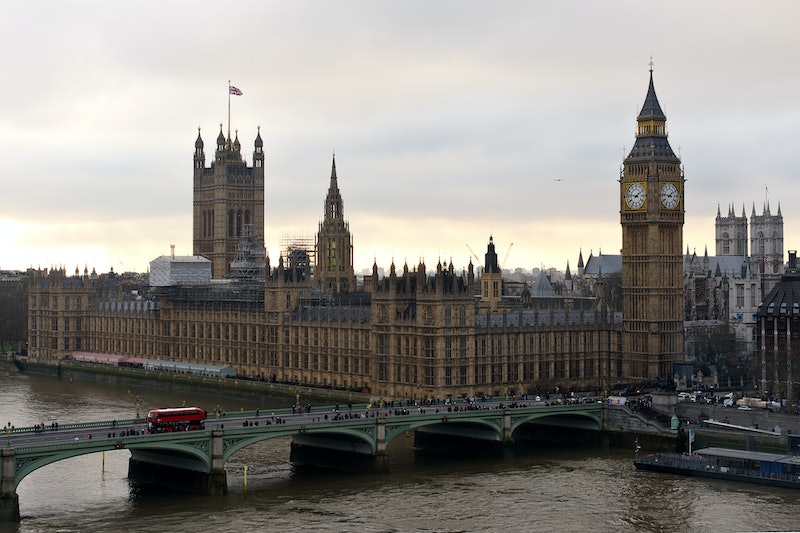 The British House of Commons is mandated to debate any petition that receives over 100,000 signatures, so when the petition to ban Trump smashed the minimum requirement with over 560,000 supporters in December, a debate was put on the books for the new year. On Jan. 18, the British Parliament will debate whether to ban Trump from the country entirely. The best part? You can watch the entire debate live online through the House of Commons' website.

The petition was started by British freelance journalist Suzanne Kelly after Brits became aggravated with Trump's inflammatory comments toward the Muslim population of London, insinuating that the police were too afraid of "radicalized" areas of the city to conduct their duties. London Mayor and rumored next prime minister Boris Johnson responded to the statement, fiercely defending his city. "London has a proud history of tolerance and diversity and to suggest there are areas where police officers cannot go because of radicalization is simply ridiculous," Johnson said in December. "The only reason I wouldn't go to some parts of New York is the real risk of meeting Donald Trump."

The British Home Office reserves the right to ban any foreigners from entering the country under its unacceptable behaviors and extreme exclusion policy, and has already banned other anti-Muslim speakers on the grounds that their presence would "not be conducive to the public good." However, this policy might not stretch to Trump's words, which were not inherently threatening.

Some prominent British officials have already offered their public support to the petition to ban Trump from the U.K., including Jack Dromey, home affairs spokesman of the opposition Labour Party, and Natalie Bennett, leader of the Green Party. However, others have expressed the opinion that Trump shouldn't be banned. Prime Minister David Cameron called Trump's proposal to ban Muslims from the U.S. "divisive, stupid, and wrong" but said that a visit from Trump would "unite [Britons] all against him." Shortly after the official announcement of the debate, Tim Farron, leader of the Liberal Democrats Party, tweeted "Trump is a bloviating billionaire with downright offensive views. But I'd rather we debated inequality or the [National Health Service]."

Farron and other MPs will have the opportunity to express those opinions during the debate on Jan. 18. Although the ban is unlikely to be put into effect, the debate should still be enthralling and worth watching. The time of the debate hasn't yet been announced, but check the House of Commons event guide the night before to know when to tune in. I'll be ready with my bowl of popcorn.