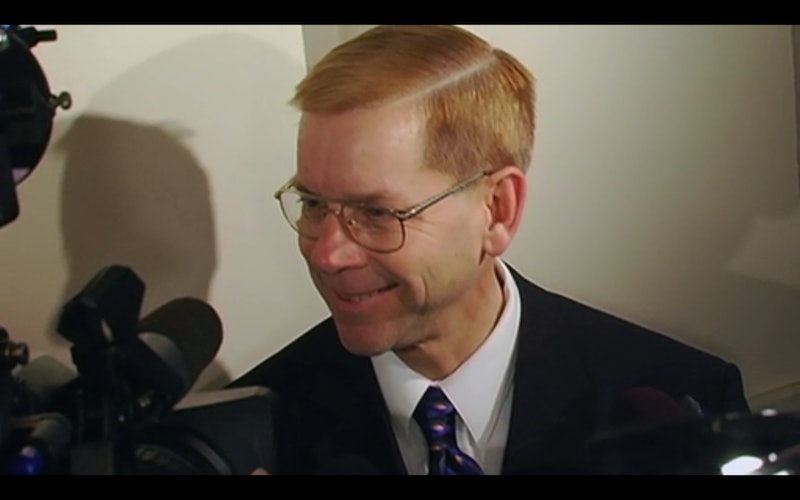 Making A Murderer, the hugely popular true crime Netflix docuseries, has garnered massive attention to Steven Avery, the Wisconsin man who claims he is wrongfully imprisoned for the 2005 murder of 25-year-old Teresa Halbach. His nephew, Brendan Dassey, who was also convicted for the crime, is gaining huge attention for his involvement in the case as well. Dassey is currently petitioning the Supreme Court for a new trial on the basis of misconduct by his former public defender. However, in new interviews released Tuesday, Brendan Dassey's former lawyer Len Kachinsky has spoken out, defending his involvement in the case.

"Frankly, I'm not responsible for Dassey going to prison," Kachinsky told TheWrap. "You can say I made a mistake, that I should've [attended] or I should have rescheduled the interview — that's valid criticism." Kachinsky says that his Army Reserve duty prohibited him from being with Brendan at his May 13 interview with Wisconsin Division of Criminal Investigation Investigator Tom Fassbender and Calumet County Sheriff's Department Sgt. Mark Wiegert, and that in "20/20 hindsight," he should have rescheduled the interview. However, he maintains that his presence at the interview would not have affected the outcome of the case because that interview was not used during Brendan's trial.

Kachinsky also spoke with TMZ Live via phone earlier this week. When asked about why the interrogation with private investigator Michael O'Kelly took place at all, Kachinsky placed the blame on Dassey. "O'Kelly was a bit of a loose cannon, but I guess the idea was to [...] see if what Dassey was telling us was what he was telling the police. Sometimes people will tell people different things." Kachinsky also admitted that he has not yet seen Making A Murderer, so he did not respond to the theory apparently supported by the filmmakers that Brendan was incapable of distinguishing the difference between the police and his own legal team.

Kachinsky is one of several people featured in Making A Murderer to speak out following the release of the docuseries. Special prosecutor Ken Kratz, who tried both Dassey and Avery's cases, and Steven Avery's former attorney Dean Strang have offered their opinions on the series and, much like Kachinsky, stayed consistent with their positions recorded in the series. While Strang appreciates the attention that Making A Murderer is bringing to the flaws in the criminal justice system and said the series is "a fair depiction of the case," Kratz stated that key evidence was left out of the documentary that would have swayed audiences.

Even after two trials, dozens of appeals, and over 10 hours of footage examining the case and presenting evidence, questions are still swirling about Halbach's murder and the guilt or innocence of Avery and Dassey. As people involved in the case continue to come forward and share more information, their story will continue to develop and grow into an even greater social phenomenon than it has already become.