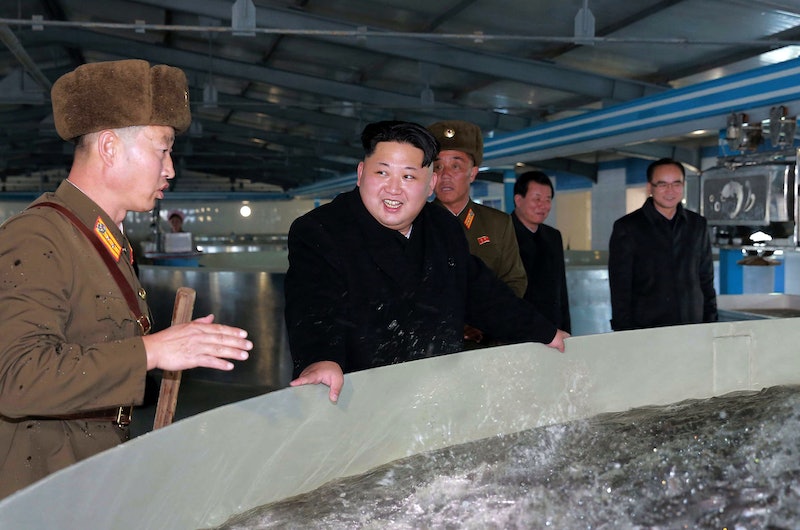 Through its state TV, North Korea claimed the weapon wouldn't be used unless the country was first provoked. The country also said the test, which is believed to have taken place near Punggye-ri, was done in a safe manner, with no expected impact on the surrounding environment. This would be North Korea's first successful hydrogen bomb test and its fourth nuclear. (A hydrogen bomb is generally more powerful than a nuclear one.) The previous nuclear tests happened in 2006, 2009, and 2013.

In a statement, the U.S. government said, "We are monitoring and continuing to assess the situation in close coordination with our regional partners."

It could take weeks before it's confirmed the detonation indeed took place. South Korea's government has reportedly entered into emergency discussions and put its military forces on high alert. Soon after, Japan declared North Korea's test a threat to its national security, and it would not be tolerated. The U.N. Security Council is scheduled to meet Wednesday morning to address the test.

Last September, North Korea claimed it was ready to use nuclear weapons against the United States and "other hostile forces" if they continued their "reckless hostile policy toward the Democratic People's Republic of Korea."