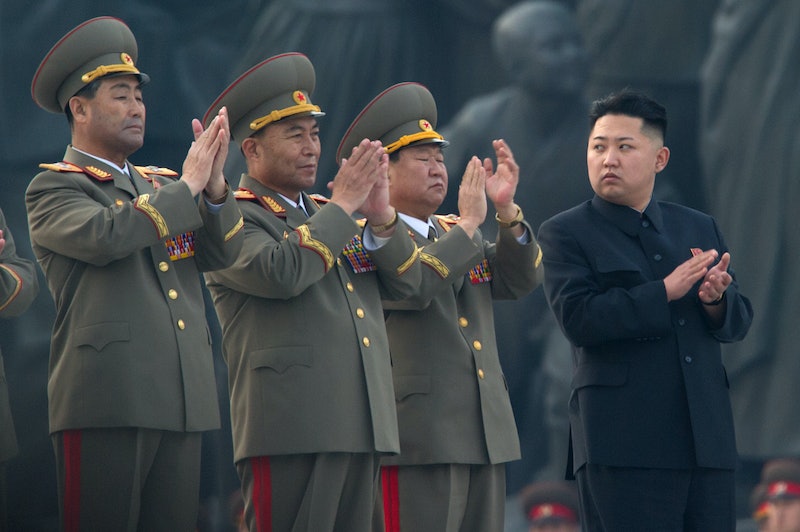 Following reports of a 5.1-magnitude earthquake in North Korea Wednesday morning local time by geological surveying organizations, national state TV announced the seismic activity was indeed the result of a successful hydrogen bomb test. The announcement comes several months after the country's latest threats to carry out nuclear attacks against the U.S. and other countries deemed hostile by the East Asian nation. But can a North Korean bomb reach the United States?

While those countries most at risk of nuclear attack by North Korea are within the same region, the possibility that the nation has the ability to build and use a "miniaturized" hydrogen bomb poses a greater threat to the U.S. than previously thought. Any increased threat stems not necessarily from the hydrogen bomb itself, as a long-range missile carrier would still be required to transport the bomb around the globe. However, it's the technology behind the bomb's alleged creation that causes concern for those countries in opposition to North Korea.

U.S. officials have long suggested North Korea lacks the level of technology required to build an arsenal of nuclear weapons with the capacity to reach the U.S. The successful creation of a hydrogen bomb, however, is a high-difficulty task as compared with the creation of less powerful atomic bombs. The information, then, released by the country's state-run news agency raises interest in the current status of the nuclear program in North Korea, a country that has remained almost entirely secretive about its domestic activities.

The requirements for an atomic weapon to reach the United States from East Asia are long. The country must not only build a long-range missile that can travel thousands of miles, but create miniaturized warheads that can fit on the missile. If North Korea's nuclear engineering program has tested a "miniaturized" hydrogen bomb, the act could mean the nation has advanced in critical areas of its nuclear technology. In 2012, the country launched a long-range rocket, carrying a satellite, into space. The U.N. described the launch as a banned test of ballistic missile technology, since the technology required to build the rocket is similar to that needed for a missile.

As of now, the cause for concern remains significantly higher in areas outside of the U.S. Officials in South Korea called for an emergency meeting and placed national military forces on high alert. In Japan, the government declared North Korea's nuclear testing a threat to its national security that would not be tolerated. A White House national security spokesperson stated in a release late Tuesday evening that the country "will respond appropriately to any and all North Korean provocations."

In the statement made on state television, anchors reported the government would not use the weapon unless the nation was first provoked.