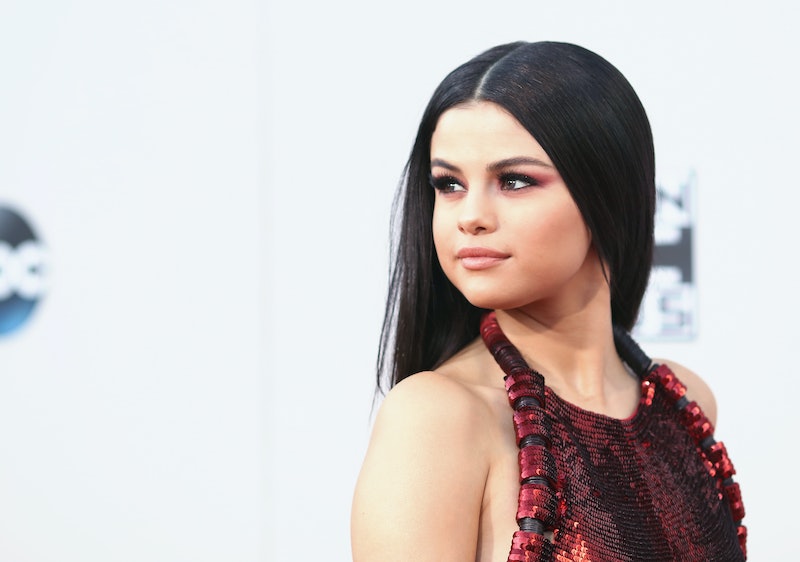 "What I've learned is so vital / More than just survival / This is my revival," Selena Gomez sings on the chorus of "Revival," the empowering titular track of her latest album. For Gomez, Revival isn't just the title of a record or a song — it's a description of a new period in her life, one that puts her in the driver's seat of her career and in control of her public image, an image that was once (and, to some, still is) seemingly defined by her relationship with Justin Bieber. But throughout all of the press the singer-actress has been doing to promote her new music, she has made one thing abundantly clear: Selena Gomez doesn't want to talk about Justin Bieber anymore. The only problem? He just keeps bringing her up.

Gomez, who has discussed her past with Bieber candidly in her music (particularly in the emotional and genuine "The Heart Wants What It Wants"), is straight-up over talking about that relationship in the press. She's been more than a good sport for the past three years, opening up about it in interviews when prompted and giving PR-friendly but honest answers about their status now. But now is the time that Gomez declares that enough is enough: She is more than just her relationship with Bieber, and has announced (or insinuated) to multiple publications that she is no longer up for discussing the matter.

Bieber, on the other hand, basically inserts #Jelena into pop culture any way he can, whether that is by posting throwback pictures of the two when they were a couple, or jokingly being jealous of her "Hands To Myself" music video love interest. In fact, Bieber should probably take a cue from Gomez and realize that she no longer wants to talk about their relationship and stop doing things that she will inevitably be asked about. I mean, just take it straight from the source.

After a Rolling Stone reporter inquired about a video of Bieber serenading Gomez before the 2015 AMAs, Gomez was not about to discuss it. At all.

"Well, I am sorry, first of all," she replied. "And honestly, what I would love to be printed is that I am so beyond done with talking about that, and him."

"Everybody was talking about the same thing: My relationship," Gomez told Elle in October. "I was so exhausted. I said, I want this [performance] to be the last time I have to talk about this. And acknowledge this feeling.' I was kind of devastated. I was like, This is all I have right now. This is gonna be it. And all I want is to move on."

"It's difficult for people to separate us," Gomez acknowledged in an interview with the U.K.'s Sunday Times. "The Internet wants to freeze this moment in time and constantly repeat it." But just because fans are into shipping them together — and let's be real here, Bieber does his fair amount of egging them on — Gomez knows that it's time to move on.

...Because She "Never Wanted [Her] Career To Be A Tabloid Story"

"Of course I got my heart broken. Of course I was pissed about it. There, everybody has it," Gomez told Refinery29 in her no-nonsense way. "I was so disappointed, because I never wanted my career to be a tabloid story." And now, she's making sure that it isn't.

And Lastly, When She Owned Her Success: "I've Earned This. This Is All Me."

When Billboard questioned if Gomez drew any inspiration from Bieber's comeback, she shut down that question in a heartbeat: “No. This is my time. I’ve deserved this. I earned it," she said bluntly. "This is all me.”