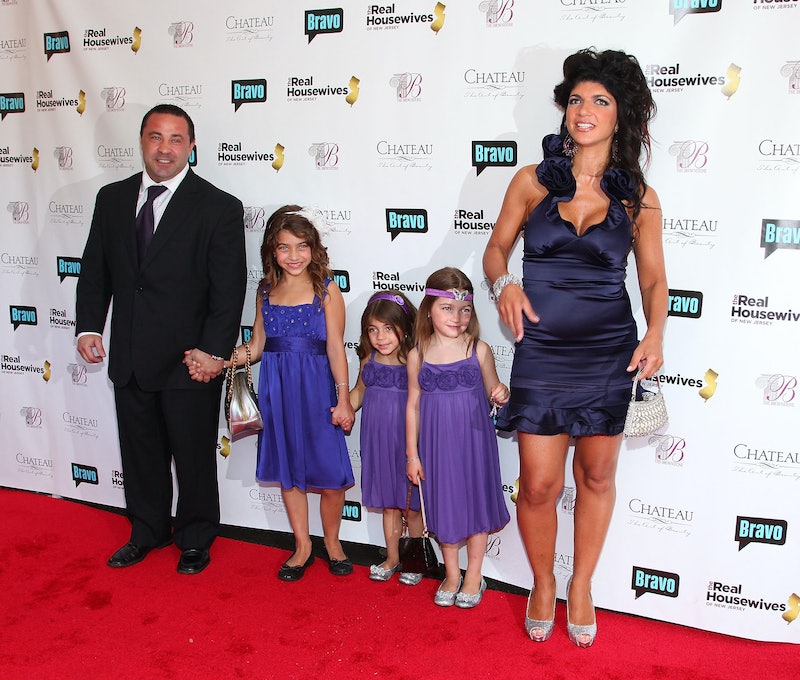 I've said it a million times: Real Housewives of New Jersey would be nothing without Teresa Giudice. Pretty much every (interesting) story line traces back to her, and she is the reason that people tune in. Bravo even added her sister-in-law and cousins as cast members, proving my point that everything RHONJ revolves around Teresa. One of the best things that Teresa has brought to the show is her rambunctious daughter Milania Giudice. Milania brings some comic relief that is much needed. She says what we are all thinking and even with her young age is someone the viewers identify with. So it comes as no surprise that there are Milania Giudice gifs for every single situation.

Milania is definitely the funniest person on the show — by far. She says what's on the mind of the viewers and she also throws in some opinions that no one else would ever think of. And in all honesty, she is always right. Milania is the voice of the people. (And by "the people" I mean Real Housewives of New Jersey fans, but you get what I'm saying.)

Milania stands out from the rest of the Real Housewives kids. She is a star in her own right and her hilarious quotes and moments can definitely translate to your everyday life.

1. When You Leave The Bar Early To Get Food

Sure, you had a great time out with your girls, but we all know that the real reason you went out is so you would have an excuse to grab McDonalds and/or pizza.

2. When You Are Trying To Wake Up In The Morning

Milania gets it. Nobody wants to socialize in the morning until they have at least one sip of coffee down.

3. When You Just Got Your Eyebrows Done

Eyebrows make the face. You are ready to be seen by anyone now.

4. When You'RE Deciding On An Outfit

You have so many clothes, yet still have nothing to wear. The struggle is too real.

5. When You Want To Be Fiscally Responsible

You do whatever you can to save money, even if that means taking advice from Milania Giudice.

6. When You Have A Good Hair Day

A good hair day is a good day all around. Of course, you usually have the best hair when you're home alone and doing nothing social, but that happens to everyone. Thank god for Snapchat selfies.

7. When A Friend Interrupts You

You are telling a hilarious story (as usual) and your less funny friend cuts in with her two cents. Please don't.

Even though you broke past the 100 mark with the likes, it's that one like from someone special who makes all the difference. You've never felt cuter.

9. When Your Favorite Song Comes On

Whether you're getting ready for school, working out, or at the club, when your song comes on, you will always break out some sort of dance move.

10. When You're Too Into Karaoke

Sometimes you're just ready to belt it out like Ariana Grande.

11. When You Challenge Gender Norms

Milania has no issue moving away from gender stereotypes and that's why she wants her future husband to cook the meals. I don't blame her!

12. When You Turn Up With Your Squad

There's nothing better than a night out with your crew. Every time you're together it's a big deal whether it's a special occasion or not. You always go all out.

13. When You Scroll Through Your Timeline

From the new relationships to the engagements to the highlights gone wrong. There is always so much news and gossip to scroll through. No matter what, you are always entertained.

14. When You Have To Apologize But Don't Want To

Sometimes you feel bad for upsetting someone without actually thinking that you did something wrong so you say sorry just to get it over with, even though it's killing you.

15. When You're With Your Bestie

There is nothing better than hanging with your bestie. You are on the same page with outfits and you take the best photos together. It always goes well.

16. When You Come Home After A Crazy Night

You didn't think you were that drunk, but then it all hits you at once and you're stumbling all over the place. At least you had fun. You think...

17. When You Struggle After A Night Out

Sunglasses and Advil, that's what you need on a rough morning. You just have to lay down wherever you can, hide your face from the light, and hope that no one disturbs you.

18. When A Friend Questions Your Taste In Men

You never claimed to have good taste. You cannot help who you like, you just do and that's how it is.

19. When You Have Boy Problems

You didn't get a text back and now you're done with the male species forever and ever.

20. When You're Craving Pizza

You want your pizza and you want it now.

21. When A Friend Starts Snapchatting

Just because it's not your Snap story, that doesn't mean that you can't end up as the star. You always have to work it whenever someone pulls a phone out.

Who would have thought that the most relatable person on Real Housewives would be Teresa Giudice's daughter, but it's definitely true.

More like this
‘RHOBH’ Newcomer Sheree Zampino Is Still Close To Ex-Husband Will Smith
By Brad Witter
Kourtney Kardashian & Travis Barker Are Married – Officially
By Sophie McEvoy
Sam Ryder Is Ignoring The Eurovision Hype, Too
By El Hunt
Twitter Is Riled Up About Elon Musk’s Met Gala Appearance & Kris Jenner Encounter
By Jake Viswanath
Get Even More From Bustle — Sign Up For The Newsletter