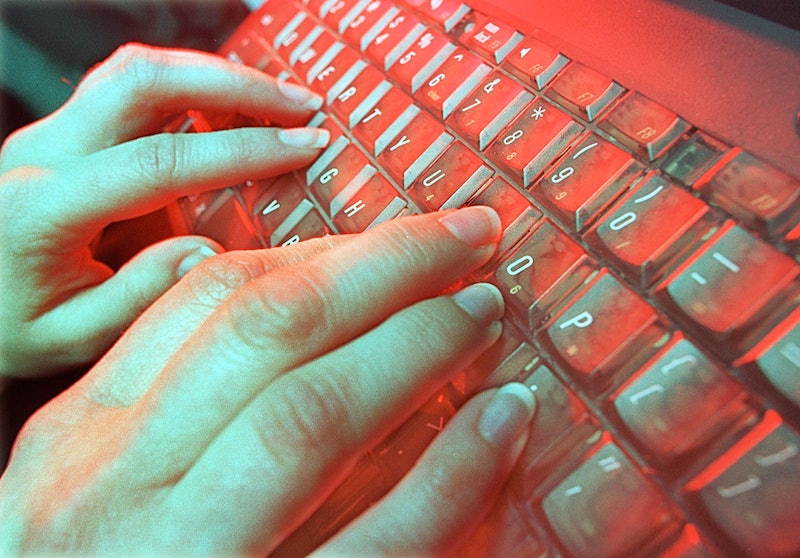 Are your parents worried that you're fat? Well, according to data from Google, there's a chance the answer is yes. New York Times writer Seth Stephens-Davidowitz finds that parents searched "Is my daughter overweight?" roughly twice as many times as "Is my son overweight?" They are also twice as likely to search for how to get daughters to lose weight than their sons, despite the fact that boys are more likely to be overweight. And the discrepancies only get worse from there.

It turns out that parents are actually two and a half times more likely to search "Is my son gifted?" than "Is my daughter gifted?" In fact, searches related to intelligence always seem to skew towards boys. Parents are more likely to worry that their son is "behind" or "stupid" than that their daughter is, at least according to the frequency of the Google searches. Though, for the record, searching "Is my son stupid?" or "Is my daughter stupid?" on Google both turn up mostly the same result: Yahoo!Answers pages where even more people have asked that question.

So is this all as sucky as it seems? Well, over at Slate, Amanda Marcotte suggests that the parents doing all this Googling (and doing it rather badly, we must point out — who types full sentences into Google anymore?) might not be sexist themselves , but might just be worried about their whether their daughters are "fat" or "ugly" because they know society will judge the girls for it.

But I'm going to have to go ahead and say that logic doesn't really hold up. For one thing, that's a little bit like saying people who don't think women should go into STEM fields aren't sexist, they just know women will have a hard time there because of all the other sexists.

On their own, any of these individual points could maybe be explained. Maybe schools are better at identifying gifted girls, forcing parents to do their own research when it comes to boys. Maybe information about healthy weight is less available for women, meaning parents have to look it up themselves. Maybe parents are more likely to worry if their daughters are ugly because... because...well, there might be a reason. And that's the thing: Taken individually, these might have explanations, but taken together, they show that parents as a whole are being pretty sexist.

Which, as a matter of fact, does suck, because if these are the expectations that most parents have, then there's very little chance most kids aren't going to internalize those same expectations. There are many, many reasons that girls feel their looks are the most important thing about them; there are many, many reasons boys grow up confident in their intelligence and their abilities. But it seems at least one of those would be that their parents probably gave them those ideas.

So thanks a lot Mom and Dad.