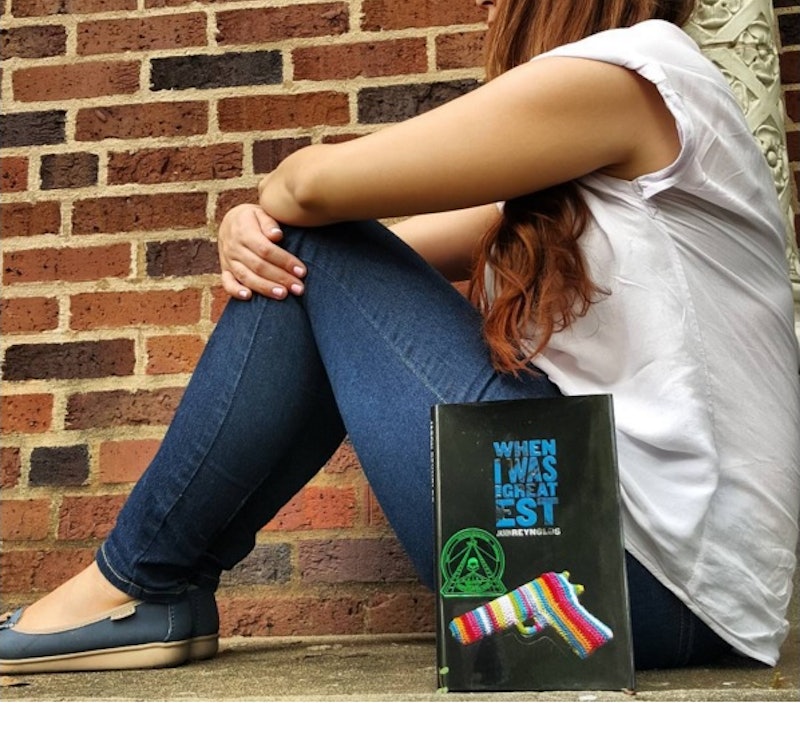 Well, it looks like book censorship is one thing we didn’t manage to leave in 2015. This time, however, it’s not the content that’s got parents up in arms, but the front cover: the image of a gun on When I Was The Greatest , by Jason Reynolds, which was recommended for 7th and 8th graders in the New York City Reads 365 pamphlet, has been deemed inappropriate by outraged parents. Which is pretty ironic, really, considering it’s actually an anti-violence book. It even won the Coretta Scott King award, which is given annually to outstanding African American authors whose children’s or YA books encompass universal human values. What can there be to complain about?

Well, if there’s one thing we’ve learned from the sheer numbers of conversations about banning books last year, it’s that parents can complain about anything. Sex between a man and a woman, love between a man and a man... you name it, someone’s not happy about it.

Of course, as parents, it is their right to oversee what their child is reading — but in this case, I can’t help but wish they would give the book a bit more of a chance. (“Don’t judge a book by its…” — you know how the saying goes.) And so does the author himself, Jason Reynolds, who posted a screenshot of the news coverage of the complaint, along with a caption urging parents to “OPEN THE BOOK. READ IT.”

One concerned grandparent commented, “There’s enough guns on the street… I wouldn’t want my grandson to learn about that.” I have to say, I don’t quite follow that logic. Surely because there are guns on the street, it’s something that his grandson will learn about — and what better way to learn than within this anti-violence message? That’s what Reynolds thinks too, explaining that “if a young person sees another young person reading this book, they can’t help but ask what it is. And that’s a GOOD thing.”

“Be something that people have questions about,” is Reynolds’ aim — and I think it’s a good one. When exposing children to difficult topics, getting them to engage and ask questions is crucial. So I hope parents do manage to get past When I Was The Greatest 's controversial cover, and let their kids take part in the important anti-violence discussion that Reynolds intended.

More like this
10 Must-Read New Books Out This Week
By K.W. Colyard
The 20 Best Audiobooks To Fall Asleep To
By Aoife Hanna and K.W. Colyard
Akwaeke Emezi’s Romance Is *The* Book Of Hot Girl Summer
By Shahed Ezaydi
Conversations With Friends' Endometriosis Scenes Are As Brutal As It Gets
By Ivana Rihter
Get Even More From Bustle — Sign Up For The Newsletter