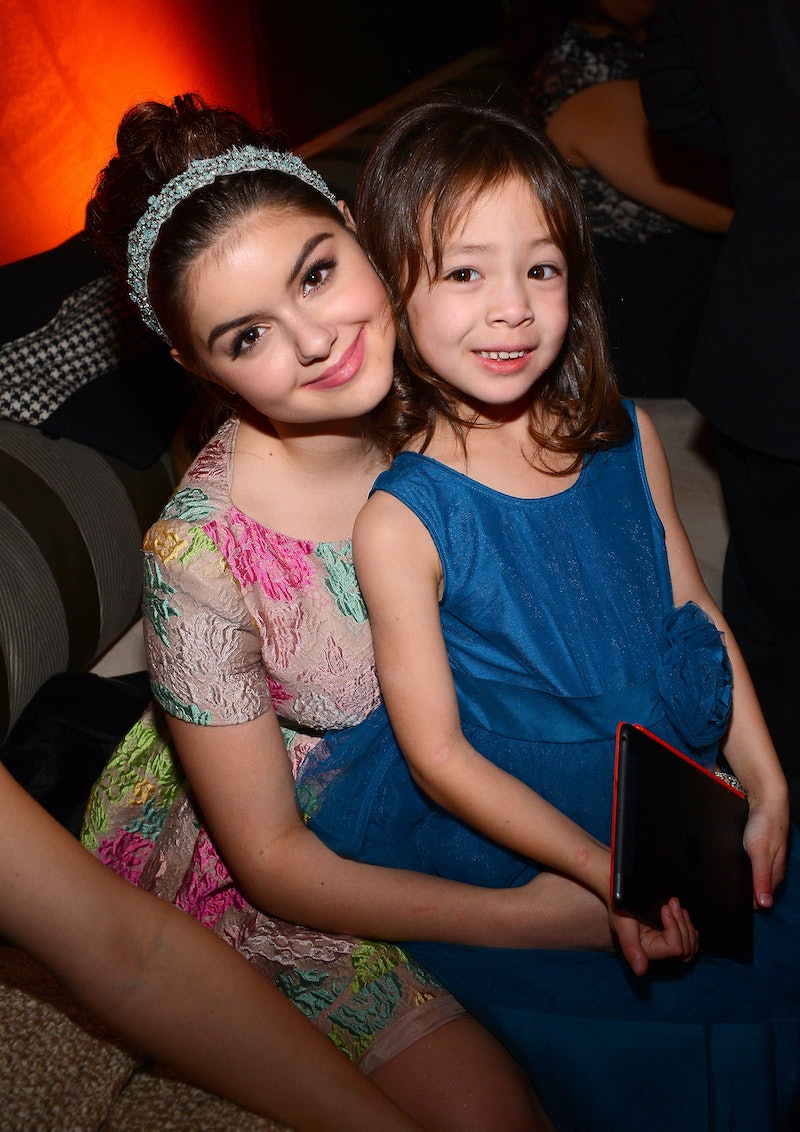 When people think Golden Globes, they think of great acting, gorgeous outfits, and lots of talent, and who says that kids can't embody those things too? In fact, some of the most stylish kids to walk the Golden Globes red carpet did so before they were even in high school. Before any of these stars could even drive, they were hitting awards shows with their parents or on their own — and doing it rather well I might add.

The next time you think about ruling kids out as style stars, you should reconsider. Some of the youngest to ever walk to Golden Globes carpet also happen to be some of the most stylish. There's no word on whether or not they had an entire glam squad helping them out, but either way, adult stars could learn a thing of two from these youngsters awards show fashion.

Whether they're up for the awards themselves or just along for the ride, these lucky kids pulled out all the stops for their big nights. From over-the-top gowns to sleek and sophisticated styles, their looks stayed true to who they were. Sure, some of the looks are a little outdated by now, but when you think of what they've accomplished at such a young age, you'll forget all about it.

Will Smith's oldest son accompanied his dad to the 2002 Golden Globes when he was only 10. He choose to keep it classic black and white with no tie.

At the 2015 Golden Globes, this trendy 11-year-old walked the red carpet looking fabulous. She also earned herself a nomination for Best Actress for her role in the remake of Annie the year before.

The tiny Modern Family star accompanied the rest of the cast to the 2013 Golden Globes.

She was also there in 2012 when she was only five-years-old.

Hayden Panitierre brought along her 13-year-old brother at the 2007 Golden Globes after party.

He might have missed the dress code with the lime green jacket, but he is pretty adorable.

At the age of 14, he walked with Golden Globes red carpet the rest of the Modern Family cast, looking dapper I might add.

Just look at that tie!

At the age of 13, the star walked her very first Golden Globes carpet when she was nominated for Best Supporting Actress.

Steinfeld was 14 when she made her first Golden Globes appearance, but you could never tell from how high fashion she looked!

For her fabulous role in E.T., Barrymore took the red carpet at just nine year old. She also got to do some on stage presenting with her E.T. co-star Henry Thomas.

At the age of nine, Schroder is the youngest Golden Globe winner ever.

Before her big 50 Shades of Grey gig, she was walking on the red carpet with her mom at the age of 14.

The Hunger Games star made her Golden Globes debut when she was 14 as well.

These kids sure did has some style!