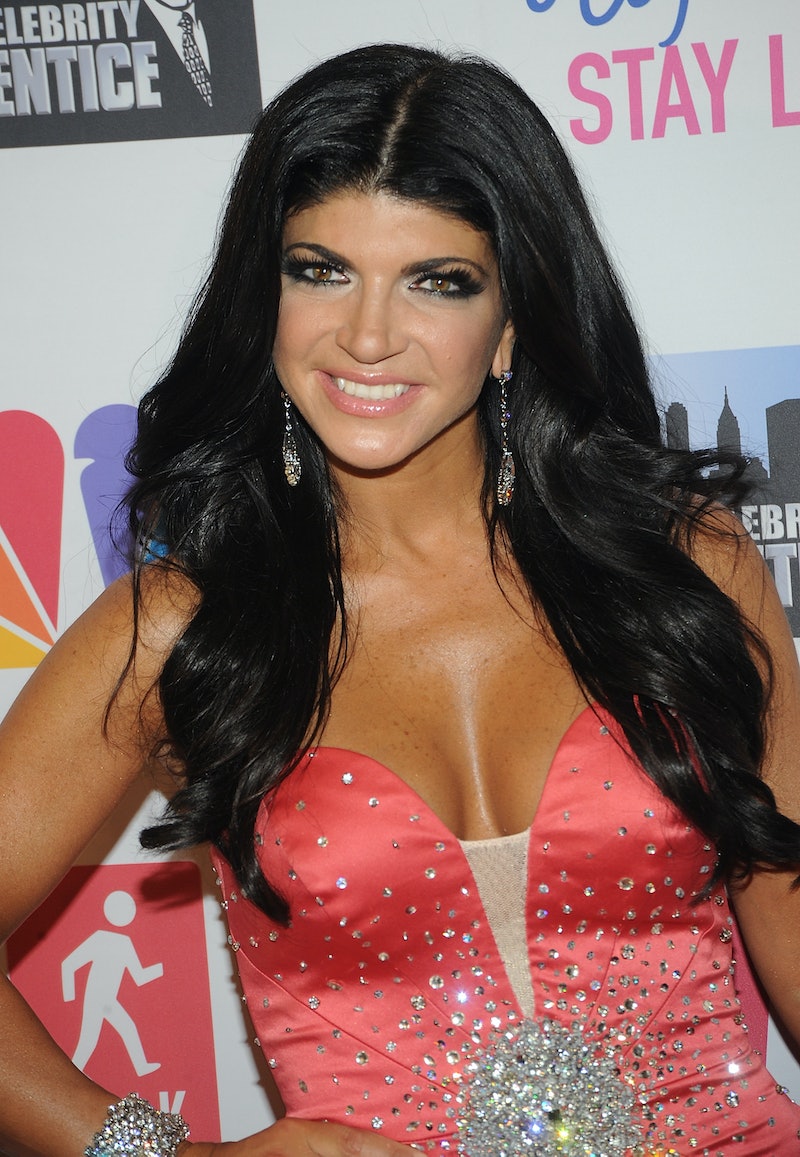 Just a year ago, Teresa Giudice began her prison sentence after she and husband Joe Giudice pled guilty to "numerous fraud and tax charges," as reported by ABC News. Teresa was reunited with her family in New Jersey on Dec. 23 after spending over 11 months in prison. She was able to celebrate the new year with her daughters, husband, and family surrounding her. But what else has Teresa Giudice been up to since being released from prison? The reality star has been pretty quiet on social media, so fans will have to wait until Real Housewives of New Jersey returns to see just how Teresa has been adjusting to home life. For now, it seems like Teresa's biggest goal is to spend time with her family.

During her incarceration, Bravo aired Teresa Checks In, a special that featured Teresa's family doing their best with the wife and mother of four behind bars. The special proved just how strong the Giudices were remaining while she was away, but it also showed just how much they missed having her around. There's no doubt that Teresa's return to New Jersey is a time of celebration for her family before Joe Giudice begins his prison sentence in February or March. So what has she been up to since returning home?

Although the Giudices were able to visit Teresa while she was away, there's no doubt that it's different when family time is spent at home.

Real Housewives of New Jersey fans know that it has been a bumpy road for the relationship between Teresa and Melissa and Joe Gorga. It appears that the entire family started the new year off on the right foot by celebrating together, which is promising for the next season of RHONJ.

Rejoice, fans of RHONJ. Now that Teresa is back, she's jumping right into work and filming Season 7 of RHONJ. While Bravo hasn't confirmed it, some are guessing the show could return as early as the summer.

She's Getting Ready For Her Book

Gia Giudice, the eldest Giudice daughter, sent a tweet out in November promoting her mom's upcoming book called "Turning The Tables: From Housewife to Inmate and Back Again." Amazon says the book will hit shelves early February.

It seems that while Teresa is busy with work after getting out of prison, her most important thing right now is spending time with her family. I, personally, can't wait to see them all reunited for an all new season of RHONJ, and catch up with Teresa's life.