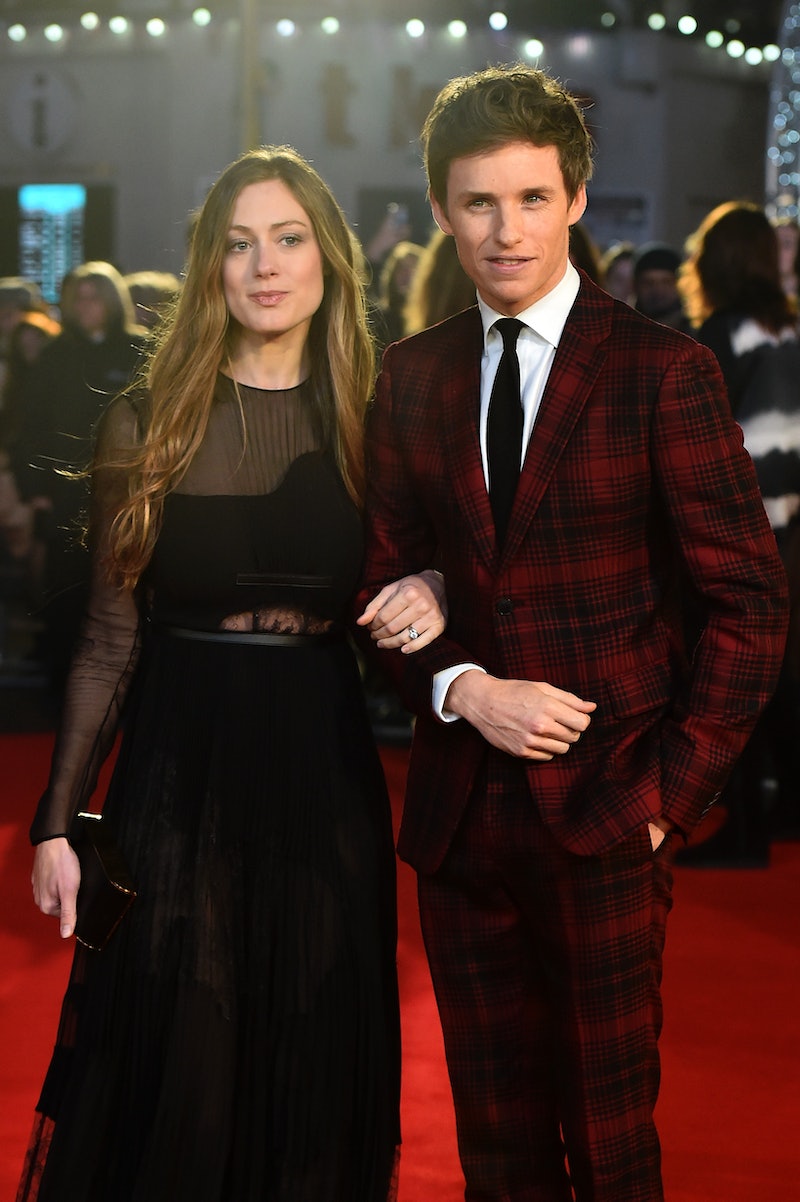 Let it be known that the world will be just a little bit brighter in 2016, solely because a mini version of Eddie Redmayne will be making his or her entrance into the world. Rumor has it that Eddie Redmayne and his wife Hannah Bagshawe are expecting a baby, according to sources at pretty much every major celebrity news outlet — including People, Us, E! and The Sun. Though the newly married couple have yet to make a public announcement themselves, The Sun has it on pretty good authority that Baby Redmayne will be due in the warmer months of the year.

If you believe the insiders at The Sun, then Baghshawe and Redmayne are expecting their child in June 2016. If that's the case, the paper notes, then maybe the couple might not even have to make an announcement, as her baby bump could possibly do all the speaking during the upcoming awards season.

"The baby is due next June, meaning Hannah will be visibly pregnant should she join her husband on the Oscars red carpet in February," The Sun claims. Baby Bump Red Carpet Watch 2016?

Keeping in mind that most couples announce their pregnancy after the first trimester — and Redmayne and Bagshawe have allegedly told friends and family that they're expecting — it definitely makes sense that the baby would be due in June of this year.

In any event, it certainly seems like Redmayne and Bagshawe — who tied the knot in December 2014 — are over the moon about their fast-growing family. "Eddie and Hannah are delighted and extremely excited," a source told The Sun. "They don’t want to find out the sex of the baby but are happy to tell close friends and family they’re expecting."

Redmayne is clearly set to be a hands-on dad, telling E! News earlier this year that his wife helps keep him grounded. "There was a moment yesterday where I was in rehearsal and my wife was calling me because our dishwasher broke down," he revealed. "So in the process of trying to focus on my craft, I was dealing with the blocked pipes."

"I think saint might be the word. She is an absolute saint," Redmayne told People of his marriage to Bagshawe. "And it’s a ride for both of us. It’s wonderful doing it with someone you love because you also have a second eye on it all."